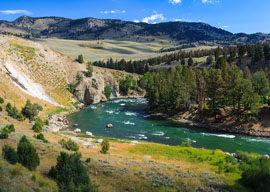 I write this from a small village high up in the Swiss Alps, where I have just left the tiny police station with a warning: Arab women are permitted in the Swiss-German part of the country to totally cover their face and body. The Italian part of Switzerland has forbidden it, but I was unaware that the German part had done a Merkel and allowed the full burka, hence I had demanded some Arab women to take them off. An eagle-eyed copper whom I”ve known well for many years set me straight”after making me follow him to the police station. I thought I heard giggling from the fat faceless ones, but it could have been my imagination.

The funny thing is that the same thing happened in New York’s Kennedy Airport as I was leaving the country. I noticed an obese object completely covered up waddling toward a departure gate and I asked a transit officer whether it was legal. He just shrugged. “It’s called freedom of religion,” said the mother of my children, trying to keep me from making a scene. Some religion! The good news is, the majority of the hidden objects that move are hideous; the bad, they could be terrorists posing as sweet, shy young Arab things.

France, a country that has been overrun by North Africans and has borne the brunt of terrorist attacks, finally outlawed the full cover some years ago. But the fuzz refuses to enforce it. Only some opera singers upheld the law. When a woman in the second row was spotted fully covered at the Paris Opera House last year, the singers went on strike. She and her escort from the Gulf left and there was a five-minute ovation for the strikers.

“Germany has changed more in the past two years than in the previous sixty.”

The fear of insulting Islam has led to the ludicrous situation that major European cities find themselves in: having mosque after mosque going up via Saudi money, and having radical fire-breathing imams passing the message to kill the infidels. It took five years and millions of pounds in police overtime to finally indict and put to trial a single imam in North London. He had praised two Arabs who had cut the throat of a British soldier in broad London daylight and had celebrated over his mangled body. British newspapers regularly feature stories of anti-Semitic incidents taking place in London and Manchester, both cities with large Jewish communities, yet the perpetrators, who are close to 100 percent Muslims, are never named. I lived in London for forty years and have yet to see an article or a TV program announce that it’s the Muslims who are solely responsible for anti-Semitic attacks in Britain. As if the 4 million Muslims in Britain didn”t exist.

Such are the joys of political correctness. The Dutch, mind you, are even worse. It took the murder of two of their most prominent citizens”Pim Fortuyn, a leading politician, and Theo van Gogh, a descendant of the painter and a talented film director”to wake up to the fact that both men were murdered because they dared openly state that the subjugation of women and the harassment of homosexuals by Muslims in Holland are an abuse of Dutch freedoms. Quite a mild criticism, wouldn”t you say? Well, it cost them their lives. Holland, a tight little place squeezed in between Belgium and Germany, is awash with Moroccans and other North Africans. They litter, spit on the pavements nonstop, do not respect women’s or gay rights, and if someone tells them to, say, stop spitting, they spit on him or her. The cops turn a blind eye. I was there last September and it was hell. Ayaan Hirsi Ali, a Somali who served in the Dutch parliament, now lives in Cambridge, Mass., with her husband, the historian Niall Ferguson, because she received death threats after criticizing Islam. The loss of their freedoms has finally dawned on the Dutch people, but I think the situation is too far gone. The present leading candidate is Geert Wilders, who”get this”was recently convicted by a Dutch court and fined for saying there are too many Moroccans in Holland!

Next door, in Belgium, it’s even worse. There are no-go areas where Belgian cops fear to tread; in fact, they will not go even if they”re ordered to. The army, whatever there is of it, ditto. Islam rules OK. And then we have Germany, the richest country in Europe, also one of the most beautiful, now invaded by millions of male youths fleeing conscription in Afghanistan, Iraq, and Syria. Do not judge by the pictures of babies and young children shown on TV. Ninety percent are of draft age, grumpy and glowering and very demanding. Germany has changed more in the past two years than in the previous sixty.

And who is responsible for the mess? First and foremost the E.U., that unelected body of bureaucrats that now has 28 countries under its yoke and whose main aim is to do away with nationhood. Except for the courageous prime minister of Hungary, who has proclaimed a resounding “Nyet” to any Islamic migrants. The media, of course, has a lot to answer for. “Racism” and “xenophobia” are the two most popular words in its lexicon. Last but not least those nice guys the neocons, whose military intervention and state building in the Middle East started the mess, as well as Islamic extremism.

Next time you plan a trip to beautiful old Europe, book a ticket on a plane that flies to Wyoming.