What Is it With You Italians? 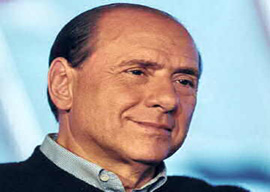 Mitt Romney branded Barack Obama’s economic policies “European” in his speech last Tuesday after Rick Santorum’s withdrawal from the Republican primaries. As a British citizen living in Italy, it was music to my ears to discover that “European” has at last become an all-purpose term of abuse, at least in America, for a good reason: Europe deserves abuse. Oceans of the stuff. Romney linked the name “Obama” with the words “Europe” and “Greece.” Bravissimo!

Here in Europe, however, the place is still seething with so-called “Europeans” who lack Romney’s clarity. A vast and monstrous regiment of irreligious fanatics hell-bent on imposing a United States of Europe on the Old Continent’s many nations cling to the magic mantra “European” the way a Muslim suicide bomber who has yet to press the button clings to the image of the virgins awaiting him in paradise.

I have never called myself, or thought of myself, as “European” for one simple reason: Unlike the fanatics, I am not a liar. OK, my name is Irish but my family left the Emerald Isle during some potato famine or another when it was still British. So I am British and Europe is not, as America was, virgin territory roamed by red Indians and buffalo herds. It is a filthy swamp of different peoples that have been at each others” throats since before Christ’s birth. So there is no way the European Union’s 27 member states can be united in a single nation. To understand why, it is enough to picture a session of the European Parliament (a talking shop with no legislative powers) where each word spoken is translated into all those different languages. Simultaneously. It is the Tower of Babel.

“The Italians despise the politicians they elect because they are hugely paid, hugely corrupt, and hugely useless.”

Massive public debt combined with that unworkable single currency in 17 of its member states have plunged all 27 countries of the European Union into existential as well as economic meltdown.

As a result, democracy itself is now in real danger, especially in the countries around the Mediterranean such as Greece, Spain, Italy, and even France. And as was the case in the 1930s, the only solutions with popular traction are the tyrannical ones.

In Italy, we have an unelected government headed by Mario Monti, who was an international advisor at Goldman Sachs until his appointment last November following the palace coup that ousted the elected Premier Silvio Berlusconi. So far, all Monti has done is raise taxes and invent new taxes. He has done nothing meaningful to cut the staggering public debt (120% of GDP) or abolish the impenetrable jungle of laws that stifle economic freedom and growth.

But guess what? Despite all that he is still more popular, according to the opinion polls, than the elected politicians. The reason? He is not a politician.

The Italians despise the politicians they elect because they are hugely paid, hugely corrupt, and hugely useless. They can blame no one but themselves, because each nation gets the politicians it deserves. Once upon a time before I knew better I used to think there was a solution: Catch the Italians young before it is too late and force them to spend an entire day each week at school learning the difference between right and wrong and why this matters. But then I remembered that they are all Catholics and the Catholic Church does all that anyway. And look where that has got the Italians! So then it dawned on me: It’s gotta be in their DNA.