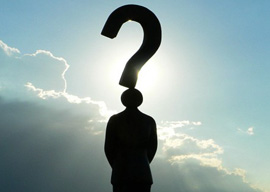 Although not afflicted with a crippling deficiency of self-esteem, I once in a while get to wondering whether my opinions on the passing charivari are perhaps ill-informed, warped by personal prejudice, absurdly reactionary, derivative, shallow, jejune, incoherent, or worthless. (Commenters, please restrain yourselves.)

“Once in a while” actually translates to “about once a year.” That is fortunate, because once a year the greatest living eggheads of our civilization tell us what they think about the issues of our time on Edge.org, “the world’s smartest website.” I thus get to compare.

Yes, it’s time for the Edge.org Annual Question, posed this year to 152 extremely smart people: scientists, mathematicians, philosophers, entrepreneurs, social commentators, and ex-candidates for the governorship of California. This year’s question is: What should we be worried about?

Plainly there will be some overlap here with my own recent excursion into futurology on this very website. Indeed, in the list of Edge.org contributors”hereunder “Edge-heads””I see at least three names (Rees, Pinker, Vinge) I referred to either explicitly or via links in my piece.

“So far as keeping up with worry-worthy issues is concerned, I have nothing to worry about.”

So I, deep in the trough of my annual self-esteem cycle, scrutinized the answers on offer from this impressive collection of smartypants and compared them with the contents of my own cranium. I came away, as I do every year, thinking that for a burned-out old COBOL programmer, I don’t come off too badly.

In the leadoff answer, for example, Geoffrey Miller worries about the ChiComs steaming ahead with a eugenics program to create a super-smart super-race, while we round-eyes, sunk in our “anti-hereditarian political correctness,” slide down into idiocracy. Well, pshaw: I was worrying about that twelve years ago. I yield to no one in my contempt for the inanities of political correctness, and I have no doubt that the ChiComs will indeed steam ahead on this. Steaming ahead is one thing, though; attaining actual success is another. The Titanic was steaming ahead pretty confidently there for a while. I urge Prof. Miller to meditate on the phrase “Chinese fire drill.”

Similarly, no less than three of the contributors invoke old C. P. Snow, the British scientist/novelist who let the “two cultures” meme loose upon the world (i.e., the humanities scholars and the scientists do not understand, nor even like, each other). I covered this whole area three years ago. Why don’t you listen? Simon Baron-Cohen‘s contribution is all built around a variant of Snow’s thesis: The humanities folk are clinging grimly to nurture in their ideas about human nature, he says, while the science geeks are accepting nature. Not bad, but are you really an egghead if you don’t know the difference between “disinterested” and “uninterested”?

Lord Rees does what he does best: He makes our flesh creep with lurid error-or-terror scenarios. This stuff isn’t as flesh-creepy the umpteenth time you read it as it was the first. Familiarity breeds contempt. Still, if you pause to think about His Lordship’s closing sentence, it doesn’t seem contemptibly improbable:

I’m worried that by 2050 desperate efforts to minimize or cope with a cluster of risks with low probability but catastrophic consequences may dominate the political agenda.

Steven Pinker concentrates his worries more narrowly on the prospects for war. It’s not the drones (which “minimize loss of life”) or nukes (“world leaders, though stupid and short-sighted, are not that stupid and short-sighted”) that bother him, though, but the Old Adam: narcissistic leaders, tribalism, group revenge, and utopianism. Thank goodness none of that is relevant here in the USA!