What Shall We Do With the Kids? 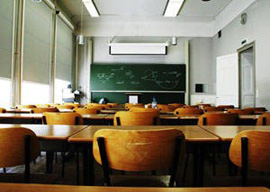 Pretty much everything any politician says about education makes me want to go up to whoever said it, grab him by the suit-jacket lapels, and shake him forcefully up and down while screaming in his face: “DON’T YOU GET IT? YOU’RE AN INTELLIGENT GUY—WHY CAN’T YOU SEE WHAT’S RIGHT IN FRONT OF YOUR NOSE?”

Results? There weren’t any. “Researchers called the experiment a bust,” reports the New York Post. You could have knocked Mayor Michael Bloomberg down with a feather. “I would have thought it would have had a bigger effect,” he gasped. That was the point where the lapel-grab impulse seized me.

It’s not as though this is the first umpteen-million-dollar test-score-raising scheme to fall flat on its face. Just a year ago the same fool mayor of the same heading-for-bankruptcy city scrapped a different program, “conditional cash transfers.” In that one the cash payments—$50 million worth—went not to teachers but to students and parents. The Post again, same article: “Despite the cash, there was little difference in outcomes between the paid students and a control group that didn’t get a cent.” Oh.

“The education of the educable would be improved if the ineducable were to be sent home—in fact, barred from school premises.”

Also last year, Bloomberg got the bad news that his proudest achievement since taking over the city school system was in fact a mirage. He had been boasting about a dramatic narrowing of the achievement gap between NAM (non-Asian minority) and other students. “But the latest state math and English tests show that the proficiency gap between minority [sic] and white [sic] students has returned to about the same level as when the mayor arrived.” (That quote is from The New York Times.)

Don’t they get it? Our schools are perfect!—or at least highly efficient. There is simply not much improvement to be made. International comparisons tell the story. If you take the Programme for International Student Assessment (PISA) test scores and disaggregate USA students by race, we are up there near the top. The indispensable Steve Sailer did the grunt work on the PISA reading scores. Our Asians are as good as Asia’s Asians—actually, better than Koreans or Japanese. Our white kids beat everyone else’s white kids except Finland’s. Our Hispanics outscored all eight Latin American countries. Our black kids trounced Trinidad, the blackest nation on the PISA list.

Our schools are fine. They are doing as much as can be done with the young people passing through them, with due allowance for race differences in educability. Test scores are as good as they can be. If there is a way to get students scoring significantly better on tests than America’s do, no nation on Earth has found that way.

But (you may say) hold on there: Look at dropout rates. For 2009 the overall rate was 8.1 percent—one in twelve. For Hispanic students it was more than double that. Shouldn’t we be striving to keep those kids in high school to graduation?

Should we? The other day I had a new roof put on my house by a local firm. They did a good job. At one point in the lead-up negotiations I got chatting in a general way with the guy who owns the firm, a fortyish white American. His story:

I didn’t get on with high school, dropped out. Pumped gas and did odd jobs for a couple of years, realized I’d made a mistake. Went to community college, got my GED. Started the business, built it up….