What Still Unites Us? 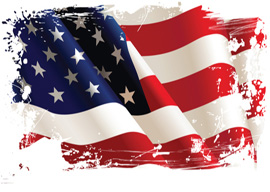 Decades ago, a debate over what kind of nation America is roiled the conservative movement.

Neocons claimed America was an “ideological nation” a “creedal nation,” dedicated to the proposition that “all men are created equal.”

Expropriating the biblical mandate, “Go forth and teach all nations!” they divinized democracy and made the conversion of mankind to the democratic faith their mission here on earth.

With his global crusade for democracy, George W. Bush bought into all this. Result: Ashes in our mouths and a series of foreign policy disasters, beginning with Afghanistan and Iraq.

Behind the Trumpian slogan “America First” lay a conviction that, with the Cold War over and the real ideological nation, the USSR, shattered into pieces along ethnic lines, it was time for America to come home.

Contra the neocons, traditionalists argued that, while America was uniquely great, the nation was united by faith, culture, language, history, heroes, holidays, mores, manners, customs and traditions. A common feature of Americans, black and white, was pride in belonging to a people that had achieved so much.

The insight attributed to Alexis de Tocqueville—“America is great because she is good, and if America ceases to be good, she will cease to be great”—was a belief shared by almost all.

What makes our future appear problematic is that what once united us now divides us. While Presidents Wilson and Truman declared us to be a “Christian nation,” Christianity has been purged from our public life and sheds believers every decade. Atheism and agnosticism are growing rapidly, especially among the young.

“What makes our future appear problematic is that what once united us now divides us.”

Traditional morality, grounded in Christianity, is being discarded. Half of all marriages end in divorce. Four-in-10 children are born out of wedlock. Unrestricted abortion and same-sex marriage—once regarded as marks of decadence and decline—are now seen as human rights and the hallmarks of social progress.

Tens of millions of us do not speak English. Where most of our music used to be classic, popular, country and western, and jazz, much of it now contains rutting lyrics that used to be unprintable.

Where we used to have three national networks, we have three 24-hour cable news channels and a thousand websites that reinforce our clashing beliefs on morality, culture, politics and race.

Consider but a few events post-Charlottesville.

“Murderer” was painted on the San Fernando statue of Fr. Junipero Serra, the Franciscan who founded the missions that became San Diego, San Francisco, San Juan Capistrano and Santa Clara.

According to legend, this daughter of Chief Powhatan saved Captain John Smith from being beheaded by throwing herself across his neck. The Chief was a “person of interest” in the disappearance of the “Lost Colony” of Roanoke Island, among whose missing was Virginia Dare, the first European baby born in British America.

Why did Kaine not call for John Smith himself, leader of the Jamestown Colony that fought off Indian attacks, to be so honored?

In New Orleans, “Tear It Down” was spray-painted on a statue of Joan of Arc, a gift from France in 1972. Besides being a canonized saint in the Catholic Church and a legendary heroine of France, what did the Maid of Orleans do to deserve this?

Taken together, we are seeing the discoverers, explorers and missionaries of North America demonized as genocidal racists all. The Founding Fathers are either slave owners or sanctioners of slavery.

Our nation-builders either collaborated in or condoned the ethnic cleansing of Native Americans. Almost to the present, ours was a land where segregationists were honored leaders.