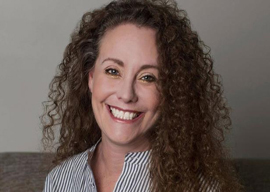 The Democrats’ current position on the Supreme Court nomination of Judge Brett Kavanaugh is: We cannot have someone addicted to beer on our highest court! What if a foreign power were to ply him with this nectar in a can? Talk about taking control of our government! Suppose they throw in a case of Weihenstephaner Hefeweissbier?

A bitter college roommate is going whole hog, wailing, He lied about being a beeraholic.

By the media’s account, Kavanaugh was a bounder, a brawler and a drunk. And yet he still managed to graduate at the top of his class, go to Yale, then to Yale Law and work in the highest positions in government.

I am in awe of his manliness. Hemingway has nothing on this guy! He should be our president. To paraphrase Abraham Lincoln after being told Ulysses S. Grant was a drunk, let’s find out what Kavanaugh drank and send a barrel of it to every college student.

At least the Democrats seem to have moved on from the Crazy Ladies Who Must Be Believed.

Kavanaugh’s first accuser, Christine Blasey Ford, doesn’t remember the time or place of the alleged high school groping, and all four witnesses she named deny any memory of such a party.

Forcing our first one-week delay, we were told that the poor lady was so traumatized by being groped in high school that she couldn’t fly. It was the worst thing that ever happened to her, compelling her to do what any reasonable person would under the circumstances: Add a second front door to her house.

She was supposedly terrified of small spaces, and an airplane, one of her friends told CNN, “was the ultimate closed space where you cannot get away.”

Then we found out that Ford regularly jets off to Hawaii, Costa Rica, the South Pacific islands and French Polynesia … to go surfing, one of the most terrifying activities around.

It sounded like a joke. I was so shattered and broken, I could only go rock climbing in the Grand Tetons. After that, I’d repair to my room and curl up in a fetal position. Then I’d go rock climbing again.

“An ex-boyfriend has come forward to say that in six years of dating Ford, she never mentioned a sexual assault, had no fear of flying, lived comfortably in a tiny home with only one front door, once coached a friend on how to take a polygraph, contrary to her sworn testimony — and also lied about stealing $600 from him.”

An ex-boyfriend has come forward to say that in six years of dating Ford, she never mentioned a sexual assault, had no fear of flying, lived comfortably in a tiny home with only one front door, once coached a friend on how to take a polygraph, contrary to her sworn testimony — and also lied about stealing $600 from him.

Kavanaugh’s second accuser, Deborah Ramirez, jumped in to help, dusting off a memory of the nominee pulling a Bill Clinton on her as a freshman in college — but only after she spent a week huddled with her attorney, “assessing her memories” and calling classmates to ask if they thought it was true.

And did she have corroboration? She doesn’t need any! She’s a “survivor.” Even The New York Times — the newspaper that believed the Duke lacrosse rape case until about five minutes before the prosecutor was disbarred — said Ramirez didn’t have enough evidence to meet its standards.

An ex-boyfriend says Swetnik once threatened to kill him and his unborn child; he had a restraining order taken out against her; was sued by an employer for engaging in “sexually offensive conduct,” making “false and retaliatory allegations” against co-workers and also lying about her educational background and work history.

A Democrat and Emmy-winning meteorologist wrote a letter to the Senate Judiciary Committee stating that, soon after he met Swetnik in the 1990s, she proposed group sex to him. Some years later, her own father told him to stay away, citing Swetnik’s psychological problems.

She is now the Democrats’ leading contender for 2020.

Poor Kate Snow of NBC News thought she had landed the interview of a lifetime when she sat down with Swetnik. Within about three questions, it became clear that she was talking to a lunatic. At that point, most of Snow’s energy went into hoping for a building-wide power failure to shut down the cameras.

Of the four witnesses Swetnik provided to NBC, whom she claimed would confirm her story, one denied knowing any Julie Swetnik, one was dead, and two did not respond to the network, perhaps wishing they were dead too.

By the end of the interview, Snow’s purse was missing.

But the Democrats are energetic devils. They’ve been poring over Kavanaugh’s high school yearbook and exclaiming, He’s a beeraholic!

With grim passion, they say, how dare you laugh at this? If he were a teetotaler, they’d say, We can’t have someone on the court who’s so nerdy. How can this weird aesthete sympathize with murderers and insider traders?

They’ve already won a second week’s delay by having two deranged women scream at Sen. Jeff Flake in an elevator.

After wetting himself, Flake insisted on a seventh FBI investigation. For weeks, the Democrats have been demanding an investigation — of an incident without witnesses, on a date unknown at a place unknown — by saying, Oh, you big babies, the FBI investigation of Anita Hill only took three days!

The FBI wrapped up its investigation of Kavanaugh in a few days and then sat around wondering how long it had to wait before producing the report. So now the “it will only take three days” crowd are saying, Keep investigating! We don’t know how long the probe should be, but the minimum standards of decency require that it last at least until there’s a new president.

Whatever they find, they will argue in the alternative and just keep doing it and doing it. If Kavanaugh stepped on a bug, PETA activists would be screaming at Flake in an elevator.

The Democrats have a pair of twos, but they expect Republicans to fold. Why? Because that’s what Republicans always do!

Unfortunately, this time, Kavanaugh’s supporters are not accepting surrender.