When Abundance Is Lacking 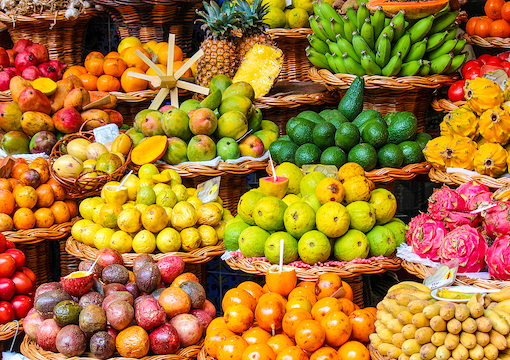 Thanks to my pessimism, I am generally quite cheerful (it is optimists who, because of their illusions, are most prey to misery). I do not expect that all the difficulties of life will suddenly be resolved, and am not even sure that, if they were, life would not become intolerable. Man, after all, is a problem-creating animal, possibly to keep his natural boredom at bay. I suspect that the conception of the perfect life that many people have is of a perpetual Caribbean cruise aboard one of those vast white ships that dwarfs everywhere it docks, which serves five meals a day to the already overnourished and which allows passengers two or three hours to be exploited by the trinket salesmen wherever it has put into port. A few weeks of such “perfection” would be more than enough for almost anyone; much longer, and squabbles would break out, factions form, and even murders committed. As it is, I wonder what the divorce rate is after such cruises; certainly it rises after the Christmas holidays, as a mortgage broker friend of mine tells me. January is his best month for business.

I was holed up recently in my very isolated house. The snow came, froze, melted, and froze again. This meant that my wife and I could not leave, for the track from the house to the road to the nearest shop six miles away is steep and full of hairpin bends, and our car is of the kind that 80-year-old ladies use to do a spot of shopping in town once every two weeks. A friend of mine once said that he was thinking of buying such a car for his wife so that she could go round the garden in it.

We soon began to run out of fresh food and had to ration ourselves. It became a challenge to produce good meals from very few ingredients. It required forethought, imagination, and self-control. Far from detracting from my life, however, the need to exercise them added something to it. It gave me a sense of achievement, sometimes almost of triumph, when I concocted something that was more than merely edible. (Many years ago, when my wife and I were very busy in full-time employment and had not had the time to shop, I had to scour the house for something to eat and came up with an unexpectedly delicious dish from the only ingredients I found: smoked oysters on crumpets. I told my wife, who is French, that this was an old traditional English dish. Another time I was stuck in a Moscow airport in a blizzard. My fellow passenger was Dr. Norman Sartorius, then head of the psychiatric division of the World Health Organization, a most brilliant and amusing man. We had nothing to eat and I went in search of something. In those days, it was not easy to find food impromptu in Moscow, but eventually, after scouring the airport, I managed to obtain some sardines and cashew nuts. I returned to Dr. Sartorius and we began to eat with surprising relish. He told me that during the war (he was a Yugoslav) the Partisans had a saying: What you’ve eaten, they can’t take away from you. In the morning, having shared a hotel room with him, Dr. Sartorius and I were put on a flight to Helsinki because the direct flight to London had been canceled. “Hence the expression to vanish into Finnair,” said Dr. Sartorius, uttering perhaps the most brilliant pun I have ever heard, all the more impressive because English was his nth language.)

It occurred to me during my enforced confinement to my house that perhaps abundance is not quite as desirable as we usually suppose that it is, for it encourages us to take everything for granted and therefore lessen the appreciation of what we have. I do not advocate real penury, of course, such that one goes hungry or cold; but when I look back, I remember a time when people still mended clothes and many fewer things were disposable than now, when fruits were available only in season, and when many comestibles that are now everyday items were considered luxuries, and I am far from certain that this comparative poverty was impoverishment in any real sense. A child might then have derived more pleasure from a single present than a child derives from twenty presents now. There is, after all, a law of diminishing returns in the pleasures afforded by consumption or possession—except, perhaps, among real collectors and connoisseurs.

The strange thing is, however, that—except for very few among us who are sufficiently self-disciplined—as soon as abundance is offered us, even if we know that most of it is actually superabundance and of no real value to us whatever, we grasp it with both hands and think, “This is the life!” We think we are living richly because we can choose among fifteen different mustards or seventeen different vinegars.

Alas, I am no model of frugality. For example, I love passion fruit and never resist it when I see it, though it has to be brought from Colombia or Vietnam (an astonishing feat of organization, when you come to think of it, which you rarely do). However, I tell myself that I am assisting the passion fruit growers of those countries, who would languish in poverty without the custom of the self-indulgent such as I, and that therefore to deny myself would be to cause suffering. Yes, eating passion fruit is an act of charity.