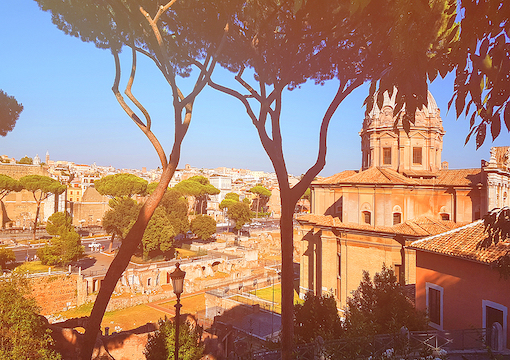 GSTAAD—I was very sad to read of Rupert Hambro’s death. I didn’t know him well, but first met him long ago, along with his younger brother Rick, also gone, both quintessential English gentlemen, handsome, kind, and with a great sense of humor. Rupert invited me to lunch quite a few times, but because of circumstance I was never able to reciprocate. The last one was at Wilton’s, which he owned, I believe, but he never gave any indication all was not well. In an age of crybabies and professional victims, Rupert stood out like a saint in hell. He leaves his lovely wife, Robyn, a Philadelphia-born beauty, and two children.

I was thinking of Rupert and Wilton’s, where long ago I gave a dinner for my friend Nick Scott to meet some of the Spectator people. Nick was a very funny man and writer who had not managed to publish his gems, so I decided to turn him into Shakespeare by introducing him to The Spectator’s hierarchy: namely our chairman Andrew Neil, then editor Mathew D’Ancone, and the recently departed editor Boris. Also invited were my then High Life editor Liz, and the love of my life—unknown to her or anyone else at The Speccie—Mary Wakefield. I sat between Liz and Mary, placed Boris at the head on one side and Andrew on the other, and some 25 of us began to make merry.

“In an age of crybabies and professional victims, Rupert stood out like a saint in hell.”

Oh yes, I almost forgot. I had most of my Pugs friends for dinner, plus some other sweet young things. Our chairman Andrew was still a bachelor back then, and arrived late from taping his TV show accompanied by two ladies, or perhaps it was three or four or five. Mary, Boris, and I went out for a ciggie at one point, and Boris mentioned he had to decide by the next morning whether to run for mayor or not. If memory serves, Mary said he should. When I asked—begged—Mary to come with me to a nightclub, she said that she was off very early to Rome, which was a eureka moment as I, too, was going to the Eternal City. I know, it sounds a bit pathetic, but one has to put one’s best foot forward. I was a married man in his 60s, not exactly a magnet for ladies who didn’t believe that diamonds are a girl’s best friend, so the pitch was: “I have a plane taking me and some friends to Rome early tomorrow,” would she accept a ride? Finally, for the first and last time in her life, she said yes.

In the meantime, inside the grand private dining room Wilton’s and Rupert had made available to me, Nick Scott had taken to the grape with a vengeance and told some very funny jokes but failed to mention that he’d like to contribute to the magazine, in fact had gone as far as to tell Mathew, Andrew, and yours truly what a lousy job we were doing for Britain’s oldest and greatest weekly. Nick Scott and Tim Hoare have since died, and of course Rupert, but I have such pleasant memories of them that I need to share them. It got worse the next morning when on our flight to Rome Charlie Glass, lefty by political persuasion, decided the lavatory did not have enough headroom, and complained rather bitterly about it. This prompted Bolle Bismarck to ask him if his commie friends flew on bigger private jets, which Charlie thought was a cheap shot. Mary made matters worse when she told me the purpose of her trip was in order to attend Gian Carlo Menotti’s Spoleto music festival. The reason for our trip was perhaps less refined, the Valentino ball for the thousand richest but worst-read people in Europe. Charlie Glass was attending an extreme left-wing party’s annual conference whose theme that year was how to sabotage and bring down private jets. When someone asked me at the Valentino bash what was going on in Spoleto, I told them it was a rap concert for ex-felons.

Mind you, all this was around fifteen years ago; some of the protagonists are dead, Boris is on top, and I’m wondering why supposedly conservative newspapers are making a fuss over decoration and his girlfriend. Why are Lord and Lady Bamford in the news? All they do is help people, their generosity having no bounds. Why is Damian Aspinall, whom I haven’t seen in thirty years, being investigated? All he does is save wild animals that need saving. And while I’m at it, why isn’t Philip Green being investigated for being much too vulgar to be allowed to call his miserable self Sir? Finally, guess what happened to my buddy Charlie Glass?

This is unconfirmed, but while addressing the lefties and the commies in Rome the mob went after him when some Roman Judas revealed the fact he had flown in private. What is confirmed is the following: When I rang Charlie Glass up just as I was finishing this, he answered in a very weak voice from a Florence hospital that actually saved his life from a very bad case of Covid. I offered to come over and bring anything he needed, but he said he thought the worst was over, but it had been so bad he at times wished the mob had caught him.