When Scholarship Turns to Activism 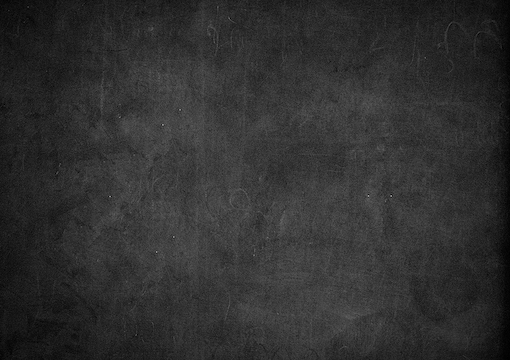 Saving academia from whiteness appears to be the goal of some black academics. Unlike normal scholars, they are confusing academic research with political activism. The latest black intellectual declaring to purge whiteness from the curriculum is Dan-el Padilla Peralta. Presently based at Princeton, Padilla thinks that the classics should become “a site of contestation for the communities who have been denigrated by it in the past.” He has even taught a course that combines ancient texts with critical race theory and strategies for organizing. Academia is for serious and creative inquiry, but for some strange reason, blacks assume that they should use their position to promote a political agenda.

Politicizing academia is not unique to black scholars. The difference, however, is that they are unable to divorce personal identity from intellectual explorations. This was apparent when Padilla said in a recent interview, “When folks think of classics, I would want them to think about folks of color.” Will blacks ever recognize that academia is not the place to gain sympathy for their feelings? Instead of proving their value as scholars, they have chosen to guilt white people into promoting dubious projects aimed at subverting Western civilization.

A survey of his articles proves that Padilla has the potential to become a leading classicist of his generation. Currently, his field is undergoing a renaissance with scholars like Josiah Ober and Walter Scheidel whose pioneering studies explore institutional development and state capacity in the classical world. Padilla’s latest work Divine Institutions: Religion and Community in the Middle Roman Empire is a critical examination of how religion fostered political unity in the Roman Empire. His deviation from the usual narrative praising statecraft as an explanation for Rome’s political fortunes has earned him the admiration of his peers.

Padilla had the perfect opportunity to indicate that black scholars possess the competence to scrutinize topics other than race. Yet in his widely shared interview with The New York Times, he opted to fixate on racism. Unfortunately, Padilla like several of his colleagues thinks that history must account for past wrongs and as such historical figures ought to be upbraided for their misgivings. They cannot appreciate that history is merely the story of imperfect humans and we can only judge historical characters by the standards peculiar to their time.

“Studying race is not incompatible with preserving the classics.”

Because he is uncomfortable with the vile aspects of classical history, Padilla would prefer to destroy the field by cleansing it of whiteness. Now, Padilla could always use the classical world as an example of what we do not want in our own time. But as an activist, offering insight is not his objective. He prefers using his perch as an influential voice to undermine confidence in the Western canon. Essentially, Padilla’s difficulty is an inability to accept that Western society is a white civilization—so as expected the classics and philosophy will emphasize the stories of white people. Padilla would never tell the Chinese or Japanese to make Asian philosophy more reflective of the black experience, so why does he believe that the Western canon should mirror the worldview of blacks?

Moreover, white academics are quite cosmopolitan in their outlook; scores of them are already examining race in the classical world. In short, studying race is not incompatible with preserving the classics. However, it is evident that the intent of Padilla and others like him is to destroy academia. Apparently, black intellectuals are too emotionally impaired to recover from the fact that their ancestors were once slaves. Therefore, whenever they are appointed to a position of power, their first task is to eviscerate anything built by whites.

Interestingly, this destructive tendency displayed by black scholars was not always pervasive. In the past, black classicists like William Scarborough and Lewis Baxter Moore were interested in race, but they never made blackness the essence of scholarship. There was a clear demarcation between scholarship and activism. Today, however, instead of demonstrating value as a serious academic, more black scholars are pursuing racial activism as a substitute for intellectual innovation.

As a result, we need to save academia, not from whiteness, but from unhinged black scholars. Similarly, Philip Ewell, a black music-theory professor at Hunter College, is complaining that music theory is dominated by white males and marred by racism. His target is the late music theorist Heinrich Schenker. Ewell wants music theorists to confront the racism of Schenker. Schenker’s racism whether real or perceived is immaterial. What matters is that he produced brilliant theories. Ewell is also infuriating because he is suggesting that the paucity of blacks in his field is due to racism, as if white people must be blamed for the appallingly low level of curiosity among blacks.

Regardless of how we feel about the truth, the reality is that on average blacks are incurious. In my own personal experience, I have had to justify why I read nonfiction books for leisure to blacks. Until there is a change in black culture, then blacks will always be underrepresented in areas requiring deep theoretical analyses. People like Padilla and Ewell mistakenly presume that their interests are indicative of the wider black community, though nothing could be further from the truth.

Without a doubt, black academics with the views of Padilla and Ewell will acquire prominence and attain the support of whites. Clearly, mainstream intuitions have already been infected with the incurable disease of black hysteria. So, obviously, serious white people can only save academia from its demise by creating alternative institutions. Failing to save academia from black hysteria may signal the death of the Western intellectual tradition.