When the Mighty Fall 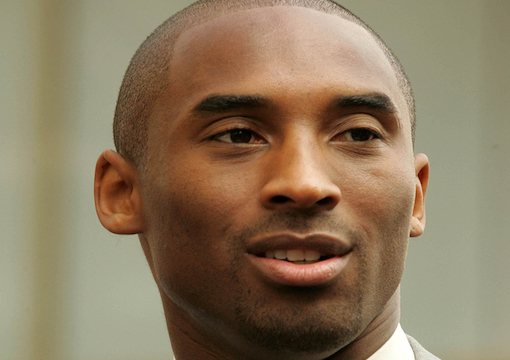 We supposedly live in a secular and irreligious age. Man, however, is a religious creature prone to worship. This is never more apparent than when a figure from popular culture dies at a young age. Especially if their death is accidental. It is then that you see that this is the age of idolatry.

Kobe Bryant, a basketball star, died in a helicopter crash in Los Angeles on Jan. 26, age 41. He was being flown in his private helicopter to his daughter’s basketball game. His daughter and seven other people died in the crash too. It was believed that lack of visibility on the foggy Sunday-morning trip was what caused the pilot to crash into a hill.

After the initial shock, I felt a moment of sadness for a life cut short. That he died with his daughter of course made it even more sorrowful. Kobe Bryant’s last few years were like John Lennon’s, who died from a lunatic fan’s bullet at age 40. Both Lennon and Bryant had been past their prime for about a decade when they were killed. They had been out of the spotlight just enough for their death to give young fans a dose of nostalgia. They had both embraced family life as they struggled to adjust to middle age and the slower lifestyle that comes with being a former star.

“If you’re a star, or you make enough money for enough people, we will treat you like a god.”

The canonization of Kobe Bryant into pop sainthood has been especially tricky as he was alleged to have raped a young woman in a Colorado hotel room in 2003 (Bryant settled a civil lawsuit brought against him by the woman in 2005). That Bryant was able to bounce back from a rape allegation and have his name rehabilitated is a remarkable testament to the modern science of public relations.

He could have become another O.J. Simpson. (Simpson was once one of the most admired men in America. He came in second place to Elton John when American high school seniors in 1976 were polled to name the person they most admired.) The difference between Bryant and Simpson was that Bryant was just entering his prime as a player and was making tens of millions of dollars a year for a multibillion-dollar sports industry when he was accused of rape. By the time of his murder trial, O.J. Simpson’s brand name and big-money years were over.

The survival of Bryant’s reputation says more about our culture than about him. As our president once said, “When you’re a star, they let you do it. You can do anything.” Such is the “They have made for themselves a golden calf and have worshiped it” nature of modern celebrity. If you’re a star, or you make enough money for enough people, we will treat you like a god. Anyone who doubts the celebrity’s holiness is a heretic. A Washington Post writer who tweeted a story about Bryant’s rape case hours after his death was suspended by the newspaper.

Within a few hours of the crash, murals had gone up in Los Angeles and as far away as the Philippines. Tens of thousands of people immediately swarmed the arena where he had played in downtown Los Angeles. Thousands of mementos have apparently been left there. In death, Kobe Bryant immediately graduated to the ranks of Bob Marley, Elvis Presley, James Dean, Tupac Shakur, Marilyn Monroe, and other pop figures who died young, and whose deaths have provided the subject matter for kitschy velvet paintings ever since.

Kobe Bryant’s death is for sports fans what David Bowie’s death was for the bohemian class. Grieving Bowie publicly became a way of signaling that you were part of the “creative class,” or that you self-consciously considered yourself strange, artistic, or what Colin Wilson long ago called an “outsider.”

By contrast, the death of Kobe Bryant the sports hero allows leaders to position themselves as men of the people. The mayor of Los Angeles ordered flags to fly at half-staff and said in his press release on Bryant:

He will live forever in the heart of Los Angeles, and will be remembered through the ages as one of our greatest heroes.

The talk-show host Jimmy Kimmel tearfully called Kobe Bryant a “hero” on his own show and said that while Bryant was not a “real hero” in the way that doctors and firemen are, he was a hero in the way Superman was (which is to say, not really one at all).

The truth is that in a city as diverse as Los Angeles, there is almost nothing to bring people together but sports.

Los Angelenos, perhaps more than any other citizens, are desperate for real heroes, surrounded as they are by false idols. Regardless of Kobe Bryant’s personal flaws or criminal past, the outpouring of grief is not much more than a sign of the profound spiritual malnourishment in American society.