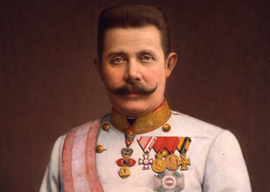 Among the many ways of dividing humanity into two is to slice between those who love, and those who detest, questions that are intrinsically unanswerable. Of the latter were the logical positivists, who believed that a question with no answer even in principle was not really a question at all, except in the barest grammatical sense of the word. However, logical positivism has now gone the way of all philosophies, and it is an empirical fact that many people continue to enjoy disputes which they know to be incapable of definitive settlement. It is some kind of intimation of eternity.

For myself, I love unanswerable questions. A man is seldom more innocently employed than in arguing over abstruse matters without resolution, though he may in the process become bad-tempered in proportion to his unacknowledged understanding that the strength of his opinion is not itself proportional to the strength of the arguments in its favor, as it should be if he were an entirely rational being.

“It is more difficult to assassinate prominent persons than it once was, because”paradoxically”the more emphasis we put on the democratic nature of our polity, the more physically removed and protected from the rest of the population our political masters become.”

The question of the role of the assassination of the Archduke Franz Ferdinand and his wife in the causation of the Great War is not settled after a hundred years of the most minute study of the evidence, which suggests that it is never going to be settled, and that therefore it is intrinsically unanswerable. If Gavrilo Princip had missed, would Europe have avoided its suicidal catastrophe? Or, on the other hand, would the same war with the same consequences have broken out before long? To know the cause of an historical event is implicitly to know how things would have been different if preceding events had been different. But since history is not a bacteriological laboratory where events can be replayed under different conditions, it would seem to follow that historical causes cannot be known.

None of us is as skeptical as that about history. We all think it possible to discuss history rationally, and even someone who thought that the assassination of the royal couple was not an important cause of the war would not call someone irrational who thought that, on the contrary, it was. For myself, I believe that the assassination was disastrous in effect and furthermore a wicked act. Franz Ferdinand was not a bad man, if not always an attractive one, and his dying words to his dying wife””Sophie dear, don”t die, stay alive for the sake of our children””still have the power to move, as has his insistence that his wound was nothing. A man may be tender in his personal relations and stoical in the face of suffering, and yet be a monster politically, but Franz Ferdinand was no political monster.

Since Gavrilo Princip, even with all the wisdom of his nineteen years, could not know the future and the genuine political monsters he would help to bring forth, he could compare the present situation only with some imagined better past or with some ideal political scheme in his head, but in either case he was deeply mistaken. The legal system of the time deemed Princip too young to be executed: later regimes that he helped to bring about made the beautiful moral discovery that one is never too young for capital punishment. It appalls me that he should be considered a hero anywhere, that there should be streets named after him. (Museums are another matter: what happened, happened.)

One of the aspects of the assassination whose significance seems to me to have been overlooked was the immediate desire of the Archduke and his Duchess, after the first failed attempt that day to kill them, which nevertheless wounded several people, to break their schedule and visit the hospital to comfort the wounded.

There is something of a pattern here. When the Italian nationalist Felice Orsini attempted to assassinate Napoleon III (whom I have always much preferred to the first of that name, for he had not the same utter indifference to the slaughter of hundreds of thousands of his countrymen, and it seems to me he retained an air of conscious charlatanry, a saving grace in a would-be dictator) on his way to the theater, he failed”but he killed eight of the Emperor’s escort and wounded more than a hundred people. Louis Napoleon’s first thought was to go to the hospital to visit the wounded, and he had to be dissuaded from doing so because his absence from the theater, where he was expected, would have political consequences”or so his advisers thought.