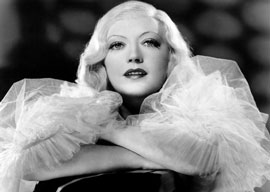 This St. Valentine’s Day it is estimated that around $17 billion dollars will be spent on greeting cards, overpriced flowers, and dinners served by sanctimonious waiters. In more than a few cases these funds would be better gambled away at a casino; one would certainly have better odds of hitting the jackpot.

Nevertheless, during exceptional instances cosmic tumblers align. In honor of this ideal are these idylls.

Alphonsine Rose Plessis, better known as Marie Duplessis, and even better known simply as Camille, had the daily home life girls often do before becoming “women of the night.” As a child in provincial France of the 1820s she was impoverished, without education, and her alcoholic father once tried to set the family hovel on fire with his wife and children inside.

Marie and the others fled, eventually finding refuge with an aunt. Unfortunately her mother departed as in-house maid for English nobility, her sister was impressed into labor, and she shuffled on to even more penurious cousins who put the naÃ¯f to work begging in the streets for food. Still, Duplessis had charms money could not buy, though they might be briefly rented.

Her rise from cramped quarters to court palaces is not so different from most tales of this type and need not be detailed here. Elderly gentlemen led to young courtiers who led to brilliant artists who led to wealthy magnates; this much is less a story than a script.

Yet unlike many of history’s forgotten courtesans, Duplessis did more than rely on her inherent attributes. She cultivated her person and expanded her mind as her circumstances grew. Franz Liszt said of this phoenix, “She was the most complete incarnation of womankind that has ever existed.”

At the height of her glory, Marie was as renowned for her salon as for her boudoir. Consequently she became revered by those who knew her and who have allowed us to know her as heroine of both La Dame aux camÃ©lias and La Traviata.

Although destitute and marked by tuberculosis at her demise, two former lovers and a handful of servants were beside her deathbed. Her funeral procession attracted several hundred additional mourners who proudly claimed to have shared some moments with her or otherwise wished they had.

In Marion Davies sparkled another unexpected gem. As well as being writer, producer, philanthropist, and socialite, she was also an actress who began work during the silent era. William Randolph Hearst, the media baron that all succeeding poseurs pretend to be, promptly noticed her.

Probably the best way to convey the power this man held in his day is to repeat the anecdote of when he sent a reporter down to Cuba to cover an American conflict with Spain. Upon receiving word there were no hostilities, the tycoon telegrammed, “You furnish the pictures and I’ll furnish the war.” Whether the story is accurate or not, it is indisputable he was wealthy enough to build a literal castle.

Hearst also did what makes most millionaires smirk: He spoiled a pretty girl. He lavished his fortune on Davies for years, probably had an illegitimate daughter by her, financed and promoted dozens of her films, and generally made her the object of his existence.