When the Trumpet Sounds 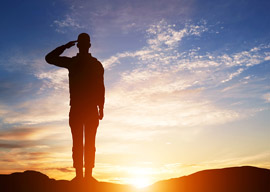 The long-delayed, long-awaited Chilcot report into the Iraq War will be available by the time this article appears. A thorough reading of it will take several days, and a period of reflection will be necessary before anyone can sensibly pronounce on its findings and conclusions. Nevertheless, within twenty-four hours of publication it will have been eagerly gutted and verdicts delivered.

No matter what Chilcot says, one can be certain that the agitation in Britain for Tony Blair to be put on trial as a war criminal won”t die away. Alex Salmond, the former First Minister of Scotland and now (again) an MP in Westminster, has called for this. Salmond was, quite honorably, against the Iraq War from the start, but he had earlier denounced the Kosovo War as an act of “unpardonable folly,” and himself looked a bit foolish when it was deemed to have been a success, both for the Kosovans (that is, the Muslim ones, not the Kosovo Serbs) and for Blair and Bill Clinton.

Even at this distance in time anyone writing about as vexed a question as the Iraq War should begin by making his own position clear. I was against the war, not because I thought it illegal or immoral, but because I thought it unwise. Saddam Hussein was a brute and his regime nasty, but there are lots of brutes running nasty regimes and we let them be. Sometimes indeed we prop them up and make them our allies. That was indeed how we regarded and treated Saddam throughout the long and terrible Iran”Iraq War.

He became an enemy when he invaded Kuwait. He was heavily defeated in the Gulf War of 1991, which was unquestionably legal because Saddam had made war on a sovereign state. Thereafter he was corralled, with Iraq subject to U.N. sanctions, and no danger, it seemed, to anyone except his own Iraqi and Kurdish opponents.

Nevertheless, by the autumn of 2002, a different view prevailed in Washington and London. The fear that, despite the U.N. embargo, Saddam was developing “weapons of mass destruction” took hold. Moreover, after 9/11 there was understandable anxiety in the West. It’s true that Saddam had come to power as a Ba”athist”that is, an Arab Socialist”and that his regime, unlike Iran’s or indeed our ally Saudi Arabia’s, was secular, not Islamic or Islamist; Iraq was a country where women had the right to an education, one where there were now many female doctors and lawyers. Saddam’s close associate and foreign minister, Tariq Aziz, was a Christian. If Islamism, as represented by Osama bin Laden, was the West’s new enemy, Saddam’s Iraq was scarcely in that camp.

This was the first reason I opposed the war. Second, I wasn”t persuaded that he offered a real threat to either our security or interests. Third, even then, I wondered what plan there was for the government and administration of Iraq after Saddam was defeated and overthrown. Victory was never in doubt; there was no chance that Saddam’s army could withstand the might of the U.S.A. But winning a war is one thing, establishing a stable and acceptable peace another.

Both the American and British governments had come, however, to believe that Saddam did constitute a threat both to the peace of the Middle East and to Western interests there. Even those who believe that threat was exaggerated, or delusory, should admit that this wasn”t the view in Washington and London, and should also be prepared to admit that through both official and unofficial channels governments have more and better information than private citizens. The question is, of course, how they interpret that information, and what weight is given to different sources that will not always agree.

The problem for the historian of even recent events is to try to see how things looked at the time, and to remember that events that are now in the past were once in the future, and therefore what Donald Rumsfeld called “unknown unknowns.” We should recall that the 1990s had been the high peak of American power, the post”Cold War decade when there really was only one global superpower. 9/11 came as a nasty and alarming shock to American self-assurance, scarcely alleviated by the successful”if temporary”overthrow of the Taliban in Afghanistan. Suspicion that Iraq was involved in 9/11 was rife, if unfounded.

Be that as it may, it became clear in the autumn of 2002 that the Bush administration was determined to go to war. (I dismiss as frivolous the suggestions that President George W. Bush was driven by the wish either to complete the “unfinished business” of the first Gulf War or to avenge an attempt to assassinate his father, President George H. Bush.) The question for Tony Blair and for the leaders of other NATO allies was whether to back Bush or leave him to go it alone. It would have been easier for Blair to adopt the latter course, but he was eager to prove himself America’s staunchest ally, and to cement the so-called “special relationship.” He did urge Bush to seek U.N. approval, which would have given the war a cloak of legality, but the resolution on which they came to rely was thought by many international lawyers to be inadequate. Of the other leading members of NATO, France pushed for a second U.N. resolution and would not act without one, Germany was still prevented by its constitution from this sort of military action, and Italy and Spain would each make a modest contribution to the war.

Blair took the case for war to Parliament. Constitutionally this was unnecessary. The right to make war belongs to the royal prerogative, now exercised by the prime minister; in 1939 Neville Chamberlain declared that the United Kingdom was at war with Germany without seeking parliamentary approval. Nevertheless, by 2002 such approval had come to be politically necessary. Blair got his Commons majority. His own party was divided (the former foreign secretary Robin Cook resigned from the Cabinet), but the Tories mostly supported the prime minister, and the chief opposition in Parliament came from the Liberal Democrats and the Scottish National Party.

In making the case for war, Blair relied heavily on intelligence reports that seemed to confirm that Saddam possessed, and was in a position to use, weapons of mass destruction (even though the U.N.’s weapons inspectorate had not found any). There were immediately accusations that the report from the JIC (Joint Intelligence Committee) had been “sexed up” to make a possibility seem a probability. There was enough truth in the accusation for the charge to stick, and, for his critics, this is a principal element in the case against Blair: that he told lies to get approval for his war.