Where Has All the Talent Gone? 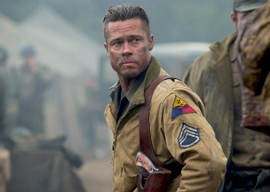 I have always believed that the mission of post-Fred & Ginger movies has been to reduce, insofar as it lay within their power, the manners and morals of the community. Long before the camera was invented, the ancient Greeks used to throw playwrights in jail for corrupting society, old Aristophanes always one step ahead of the sheriff, a practice that has not been followed by our generation because there are not enough jail cells to accommodate all the ruffians responsible. In between, Cervantes was a jailbird and funny with money, Lope de Vega liked talking about rape a bit too much, Ben Jonson killed a man and went to jail three times, Racine was a gigolo to Madame de Maintenon, Milton was a wife beater who ended up in a madhouse, Samuel Johnson did a Taki twice for debts, Voltaire was constantly thrown out of Paris and France and did Bastille time, Diderot stole money from a priest, and the wonderful Tennessee Williams abused booze and boys all of his short life. The list goes on and on, and only the sainted and best of all, Sir Tom Stoppard, escapes the Hall of Shame.

Now, please don’t get me wrong. The men who directed and wrote the motion picture I’m about to review have as much in common with the above names as popinjays do with lions, their lack of talent constituting a legitimate disability. The movie premier of Fury, starring Brad Pitt, was well attended by homeless people, or so it seemed, as the dress code was expensive rags and pork-pie hats as worn by the richest hobo of them all, Brad Pitt himself, who waved from the stage but said nothing, thank God. I was a guest of Michael Mailer, hence I will control the vitriol; suffice it to say that 15 minutes into the gross-out, porno-violent movie, I was rooting for Brad to be killed, preferably roasted alive inside his Sherman tank.

Five Americans against 600 Germans; now, that’s instructive, because I always thought by April 17, 1945, when the movie supposedly takes place, it was the other way round. Pitt finally dies a hero, but as I watched him perform his celluloid heroics, the only image that came to mind was a real story, one that took place long ago with Brad begging Mike Tyson—who mistakenly thought pretty boy was coming on to his wife and was faking anger—“Please, dude, don’t, for God’s sake don’t …”

Oh well, we can’t all be heroes in real life; some are only so on reel. What this movie needs is a bit of range, a bit of subtlety, a bit of talent, and a different director, different script, a different writer, and different actors. Otherwise, in its present state, only Dracula and ghouls will enjoy it. In fact, it could be advertised as the movie that turned Count Dracula to masturbation. But I’m being too hard on these “artists.” This is a low, dishonest period in film, with no class and certainly no dignity. Unarmed, unresisting prisoners with their hands up are executed by our American heroes, something that definitely took place and was done by both the good and bad guys during that terrible war, especially at the end. But to show it as deserved, a comeuppance, is a cheap shot that appeals to anti-German ghouls. No one, even among the bravest of the brave, wanted to risk his life two weeks before Germany surrendered, not even the Russians; but neither has anyone in modern Hollywood read history, so I shouldn’t quibble. Just take my advice and stay away.