Where Have All the Christians Gone? 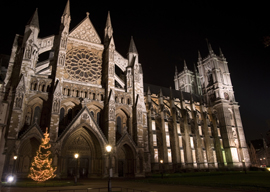 Just in time for Christmas, the latest British census shows that since 2001, when 72% of the UK’s denizens claimed to be Christians, the quotient has dropped thirteen percentage points. Muslims have increased in number from 1.55 million to 2.7 million. The percentage of those who claim to have no religion leaped from 15% to 25%. This opens up some very serious issues.

Institutionally, the United Kingdom remains wedded to the varieties of Christianity her rulers imposed at the Reformation. The Churches of England and Scotland remain established; the Queen remains head of one and chief layperson of the other. The monarchy is closely tied to its religious bodies, what with royal peculiars, chapels royal, and such ceremonies as the Royal Maundy Service, the Epiphany, and above all the Coronation. Her Majesty’s Christmas Message is often far more inspiring than many a church sermon. Chosen by the government, the Archbishop of Canterbury acts as a sort of national chaplain, while he and some of his brother bishops sit in the House of Lords. The Speaker of the House of Commons has his own chaplain, and prayers for the Queen are read at the beginning of each day’s session in both Houses of Parliament. Every city and town in the realm has a civic church where an annual service is held for the benefit of mayor and council, and each regiment of the army has its own prayer. During this season of Advent, it seems that every imaginable institution from Land’s End to John O”Groats has its own carol service.

“The entire wealth of British and European culture is a testament to Christianity’s truth, and all the atheists from Nietzsche to Hitchens could not between them equal its beauty”though the Nazis and communists have shown what European non-Christians in power can build.”

How then, in the face of all of this institutional piety, could Christianity have been dealt such a blow in the last decade? A quick and nasty response might be that this religious pomp is entirely meaningless”akin to our own American ceremonial deism, with its attendant Pledges of Allegiance, “In God We Trust” on the coins, invocations of the deity in our oaths and state Constitutions, and the Christmas and Easter observances at the White House. All of these, in the pithy words of Mr. Justice William Brennan, “…have lost through rote repetition any significant religious content.”

An equally nasty comment could be”as has been pointed out in these pages”that the Anglican (and in Scotland, Presbyterian) “Christianity” of the British establishment is hardly Christian at all, being merely a way of blessing what the elites want. Today that means reversing oneself entirely upon what Christians have always believed regarding marriage and family, salvation, and dozens of other issues. The Alice in Wonderland-like debates regarding female bishops and homosexual marriage reveal churchmen unconcerned with eternal truth and hell-bent on smashing any opposition to their innovations.

Most of England’s Catholic leaders have tried since Vatican II to imitate the Anglican leadership as much as possible without publicly rejecting either the Old Man in Rome or their less enlightened constituents. Part of it came from the Catholic global hierarchy’s terrible misapprehension that the elites” Anglo-American liberalism was somehow gentler and more reasonable than the continental variety, with its revolutions and anticlericalism. That the two were different in degree rather than kind simply could not be imagined in 1963; it is less difficult today. But it is a hard thing for older folk”clerical or lay”to accept.