Which Cruise to Choose? 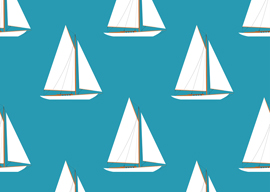 Summer is the time for cruising. Once upon a time cruising the Med was fun, especially around the French Riviera. Now the sea is full of garbage, the ports packed with horror mega-yachts owned by horrid Arabs and Eastern oligarch gangsters, while most Italian, Spanish, and French resorts are overrun by sweaty tourists covered in grease with very ugly wives and children. That leaves Greece, whose Ionian and Aegean islands are still unspoiled except for Mykonos, Spetses, and Corfu.

I’ve been cruising every summer for exactly sixty years, so picking out the best trip among so many is a herculean task, but I will nevertheless try. There were some memorable ones with Gianni Agnelli in the ’60s, and some good ones with Bill Buckley in the ’70s, and a few with Tom Fleming, Raymond Welder, Mark Brennan, and Chris Myers, and an unforgettably decadent one with Leopold Bismarck and Mark Getty, but the funniest of all was 25 years ago, in Mykonos.

We were eight: Chuck Pfeiffer, a double Silver Star winner with the Special Forces in Vietnam, and a stripper he picked up on his way to join my boat in Greece. Michael Mailer, son of Norman, ex–Harvard and Golden Gloves boxing champion and movie producer, with a Californian airhead beauty who had left a blond NFL quarterback making 10 million per “because I found out he was cheating on me.” (When she told us her story we were lost for words, such was the level of our cynicism.) Then there was Richard Johnson, a New York Post journalist and a very old friend who is now married to Sessa von Richthofen after his then wife found out what we were up to. And my close friend John Mosley, a black American football player who was captain of Notre Dame, was drafted by the Dallas Cowboys, was badly hurt, and now works for the New York Yankees. John’s brothers were all in the military, and I knew his mother, a very nice lady. The Mose, as we call him, is gay but has never admitted anything because—as he once told me—“the black jock culture does not do gay.” I had told my wife that this was a boys’ cruise and she had given me her blessing. I had brought a blond London airhead along, one whom my friends eventually named Miss American Express, as she had abused my credit card to an unacceptable degree.

“Picking out the best trip among so many is a herculean task, but I will nevertheless try.”

We headed for Mykonos, the sin capital of the Aegean, an island that used to be a whorehouse in ancient times, where returning soldiers would stop for recreation. We dropped anchor in a bay near the town and were walking to the port when two New York wise guys wearing skullcaps asked Mosley for the time. They sort of ordered it, and were impolite about it. Michael grabbed one of them and demanded how they knew the Mose spoke English. “He’s a Nubian prince,” said Michael. They seemed nonplussed as Mosley walked over to them looking menacing. “Yo, motherfucker,” said John, and we all collapsed laughing.

Later in the evening we all got back on the boat, but Mosley was missing. When he finally arrived, we asked him what had happened. “These Greek taxi drivers wouldn’t take me because I’m black,” said John. So how did he get here, we asked. “I jumped into the back of a cab, got the driver in a headlock, and told him to drive or I’d make him my bitch for the night.” “So what did the Greek do?” I asked. “He drove,” said Mose.

Later in the week we ended up at my favorite outdoor bar and waited for my usual table. On that particular night the waiter running things was keeping it for someone well-known. We asked him what we had to do for it—the girls were getting very impatient—so the waiter in charge, a very gay Mykonian, said we could have it if he could kiss Richard Johnson, a tall, very good-looking blond straight man. “No way,” said Richard. “You gotta do it for the team,” said we. So he did and we got the table, and ever since then we whisper about Richard’s kiss in Mykonos, to his great discomfort.

On our last day I took everyone up to the Acropolis, where we marveled at what the ancient Greeks had built. That is when Michael’s Californian airhead came up with the best line of the week: “Gee, come on over, you guys, from here we can see the Hilton.” That was an extra low blow, because next to the Hilton there was—and is—another hotel called the Caravel, back then owned by me, but the airhead never mentioned it. I decided right then and there that the quarterback was a lucky man. She also misplaced her ring, and I ordered the crew to tear the boat apart and find it because I could already read the Epstein, Epstein & Goldfarb letter demanding a couple million for a ring that probably cost around $100.

Still, it was a great cruise. It cost one marriage, and it taught racist Greek taxi drivers that not all black Americans are muggers, and a couple of Jewish men to ask for the time politely.