White Africans Are Not Allowed to Save Black Africans 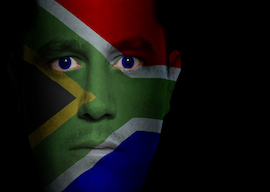 I fear not enough people are likely to read Colonel Eeben Barlow’s book Executive Outcomes: Against All Odds, which offers a detailed account of his eventful life as a crack South African soldier, spy, and covert operative, followed by his exploits as head of the potent private military company he created after leaving the military. From 1993 onwards, Executive Outcomes (EO) would come to involve itself in several daunting, dangerous, and decisive military interventions in Angola and Sierra Leone, and made valiant efforts to prevent and end conflict elsewhere on the continent.

A major problem from the outset was, while Barlow headed up a multiracial band of professional soldiers, the command element comprised mainly hardened white South African officers, many of whom were Afrikaners. They came from elite regiments and had seen plenty of action in the South African border wars and the big battles that followed in Angola, where the Cubans played a pivotal role as Soviet proxies. With the accession to power of Nelson Mandela and the end of hostilities, these “men-of-war” were perfectly poised for the tasks and challenges that lay ahead in bringing an end to chaos and conflict in the countries to the north. Unfortunately for them, however, these were the very men the world had learned to love to loathe as “apartheid soldiers,” so this colorful band of boisterous buccaneers put the media, the clergy, NGOs, the United Nations, and politicians and diplomats around the world in a jam. When Barlow’s men set about bringing peace by protecting the innocents and beating the hell out of the “bad guys,” they didn’t look like the nasty brutes the world wanted to believe they were, so the facts surrounding their well-intentioned interventions had to be twisted and fabricated.

Their first publicized deployment was to war-weary Angola, where the world was led to believe the conflict was between a pro-Western UNITA and a Marxist MPLA, but ideology and political persuasions really had very little to do with it; the defining fundamental of this war was the diamond fields that were under the control of UNITA, and successive South African governments (initially led by President de Klerk and then by President Mandela), at the behest of the mining corporates, acted energetically to derail efforts by Barlow and his men to weaken UNITA and force them to the bargaining table. This was because they were very comfortable with the lawless status quo that insured a free flow of large quantities of quality stones. Despite being outnumbered, outgunned, vilified by the media, and harassed mercilessly by their own government, Barlow’s men prevailed in several bloody battles, and the platform for peace was laid. But no sooner had the guns gone quiet and a modicum of peace restored when they were forced to quit the country under enormous diplomatic and political pressure, and hostilities resumed.

“Reading this book reminds one of the evil and despicable hypocrisy that inculcates the world we live in.”

Their next mission was Sierra Leone, where a provisional government led by Valentine Strasser was under siege by the Revolutionary United Front (RUF), led by a murderous maniac called Foday Sankoh, who was supported by Charles Taylor in Liberia; again, diamonds were the root of the conflict. The drug-crazed RUF was arguably one of the most vicious and terrifying militias in history, and its gruesome reign of terror against the populace made Barlow’s men frequent witness to the most appalling brutality. Describing just one of countless atrocities they came upon, Barlow writes of “Pregnant women who had been suspended upside down and slit open from vagina to throat and left to die. Others had burning stakes pushed up their vaginas and anuses. Several were cooked and eaten. Many had their arms and legs hacked off with machetes. Suffering a swift death at the hands of the rebels was considered a blessing.”

Despite this ghastly killing campaign, the Americans, the European powers, and the U.N. dithered, discussed, deliberated, expressed shock and horror, and did nothing. The tough South Africans, despite limited resources and low numbers, under the command of celebrated former Rhodesian Selous Scout Major Bert Sachse, launched themselves at the rebels with alacrity, smashed them in one battle after another, and sent the vanquished scurrying off into their jungle sanctuaries, to the unbridled delight of hundreds of thousands of terrified civilians. But sadly, this joy was not shared by the West, the media, or the U.N., and far from these men being hailed as heroes, they were castigated and condemned and, after enormous pressure on the Freetown government, compelled to pack and leave unceremoniously, to the great distress of the majority of the citizenry. A force of a hundred who served the government of the day at relatively little cost and saved a country from a bloodbath was replaced by a shambolic U.N. force that eventually numbered 17,000, cost close to $1 billion, lost the initiative, and did little other than revel in the lawlessness they subsequently helped engender.

Making for particularly distressing reading is Barlow’s attempt to use his men to intervene in Rwanda before the genocide. The shrewd and informed colonel knew very well what was coming and formulated a plan of action to thwart the genocide that would have cost, in money terms, roughly what America spends in a day in Afghanistan. The late Kofi Annan, later Secretary-General of the U.N. and Nobel Peace Prize winner, was scornfully dismissive of Barlow’s entreaties, while President Clinton let it be known that U.S. forces would not be riding to the rescue. The rest is history; approximately a million people were butchered, and the world watched with interest while a handful of former South African soldiers who could have stopped it all were banished to the sidelines.

Reading this book reminds one of the evil and despicable hypocrisy that inculcates the world we live in. The reality is that almost nobody (despite much virtue signaling and endless, meaningless bromides about human rights) really gives a continental damn about Africa, but if they did they would learn from these recollections how it regularly offers rich pickings for criminals, and here I don’t mean to follow the bog-standard definition of criminality—I mean NGOs, the U.N., and its associate bodies, churches, corporates, charities, and organs of state from some of the most developed and civilized countries in the world. Barlow’s book throws a bright light on their antics on the Dark Continent, and it’s sickening.