White (and poor) is the New Black 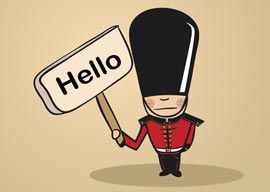 Another year, another denunciation of multiculturalism, another denunciation of that denunciation, another continuation of multiculturalism. It is a dead idea that doesn”t die, even when once fervent friends turn against it, finally noticing its unworkability, unnerved by its neediness, and sickened by its saccharinity. The once all-conquering cult is so comatose that even Conservative Prime Ministers and German Chancellors can find the courage to condemn it, while former devotees squirm in embarrassment at old idiocy. Those of us for whom the idea was never alive watch these tergiversations with a grim sort of satisfaction.

The denouncer du jour is actually a repeat offender, because Trevor Phillips has apostasized before. Although he was not the first Leftist to realise there were problems with the doctrine – Ann Cryer and Prospect editor David Goodhart, among others, preempted him – he was one of the first to say so publicly, impelled into action by the London bombs of 2005. It should perhaps not have been surprising that there existed a subset of Muslims so impervious to the combined charms of British democracy, Chinese cuisine, Thai lady-boys, Andean pan-pipers and the Bhagavad Gita that they preferred to blow themselves and others up, but as a black Briton searching for an all-including philosophy perhaps he can be forgiven for overlooking such annoying facts.

‘Yet the majority arguably has more to complain about than even the most put-upon minority, because it is their culture which has been most compromised, and their country which has been altered utterly.”

He had already been having doubts, when as a journalist he had made films about female genital mutilation and ethnic politics in Northern towns, and by 2003, when he became chairman of the powerful Commission for Racial Equality, he says he was “braced for trouble”. After the 2005 bombings he declared that the country was “sleepwalking towards segregation”, for which he was condemned not only by Blairites, but also by self-identifying non-Leftists David Laws and Theresa May.

As Archbishop of Equality, his recantation was a body blow to the religion, and a decade on he has come back to the scene of the thought-crime to kick the fly-blown corpse, incidentally disturbing some grazing pests. His latest reflections will be broadcast on Channel 4 this Thursday, in a documentary clumsily called Things We Can”t Say About Race That Are True, and in the meantime are being heavily trailed in the media, to relief from the unreconstructed Right and execration from the unreconstructed Left. Every year the defenders of multiculturalism are objectively less impressive – where once they would have been government ministers and deeply-ensconced academics, now they are sign-waving street demonstrators noted more for volubility than wit.

Phillips raises all kinds of points that sadly still require raising – even if we disagree with him that multiculturalism was “beautiful in theory”, or that we should “venerate” Luther King and Mandela. Adherence to P.C. Holy Writ has as he says had appalling consequences, as with the serial sexual abuse of white girls by Pakistani men, or the death of Victoria Climbie, where people who see what is happening and have the power to act are nonetheless too psychologically paralyzed. He admits that white (and poor) is the new black, and that many stereotypes have some factual basis. P.C. has had as we all know a prophylactic effect on free speech, with even earnest liberals like Benedict Cumberbatch getting into trouble for being insufficiently up-to-the-lexical-minute.

So far as it goes, his is a perfectly decent and even useful critique. But if it is not taken further it may simply mean a redrawing of P.C. parameters rather than their removal. Multiculturalism could live on long after its official death, like the “tremendous, gruesome shadow” of the dead Buddha in Nietzsche’s famous analogy. And although his insistence may be good-hearted, it is also ideologically and ethnically self-interested. Ideologically, because he cannot quite abandon old friends and principles – ethnically because although no longer a card-carrying cultist he still has personal reasons to justify the presence of so many new people in such an old country, and to make the multiethnic reality more manageable. He is abandoning an indefensible position, but only to take up another a little further back, and at an angle.

Much of his argument is couched in concern for minorities rather than the majority –
“Our desperation to avoid offence is itself beginning to stand in the way of progress. And all too often the losers are minority Britons.”
“The next time a white person wants to speak up for minorities, I would guess they”ll hesitate and ask themselves: “Will I make things worse by speaking out?””
“Would the publication and use of ethnic crime data lead to racial profiling and provide an excuse for fresh discrimination by the police and criminal justice system?”