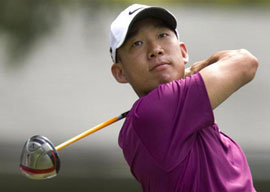 Structured around the dismantling of the profitable notion pushed by self-help seers such as Malcolm Gladwell that 10,000 hours of monomaniacal practice is the secret of success, David Epstein’s The Sports Gene: Inside the Science of Extraordinary Athletic Performance is one of the best books on human biodiversity in recent years.

Beyond undermining Gladwellian blank-slatism, Epstein extols the sheer pleasure of noticing humanity’s variety for its own sake. On his book’s penultimate page, he writes:

…sports will continue to provide a splendid stage for the fantastic menagerie that’s human biological diversity. Amid the pageantry of the Opening Ceremony of the 2016 Olympics in Rio de Janeiro, make sure to look for the extremes of the human physique….It is breathtaking to think that, in the truest genetic sense, we are all a large family, and that the paths of our ancestors have left us wonderfully distinct.

Epstein, a Sports Illustrated reporter, builds upon the work of journalists such as Jon Entine (Taboo) and me in taking an evenhanded look at the roles of both nature and nurture.

“Is it so hard to consider nature and nurture simultaneously?”

You might think that any sports fan with a television would testify that success in sports depends upon a mÃ©lange of genetics, willpower, coaching, character, and opportunity, a mixture that differs from sport to sport and even from competitor to competitor. Much of the fun of watching sports is seeing who will triumph: the gifted goofs or the diligent grinds.

Gladwell is annoyed by this new skepticism directed at his massive 2008 bestseller Outliers. In response to Epstein’s criticism, Gladwell explained at The New Yorker:

In other words, within a group of talented people, what separated the best from the rest was how long and how intently they worked.

No doubt. But what separated the best from the rest within a group of hard-working people was also how talented they were.

Seriously, is it so hard to consider nature and nurture simultaneously? Perhaps F. Scott Fitzgerald was right to observe

…the test of a first-rate intelligence is the ability to hold two opposed ideas in the mind at the same time, and still retain the ability to function.

Because it’s impossible to think comprehensively about sports achievement while flinching from the obvious racial and sexual differences, Epstein bravely goes there. Amusingly, he cites numerous sports scientists who demanded anonymity from him before they’ll dare touch the topic.

Epstein, a former college runner, even offers a couple of novel theories of why people of West African descent make the best sprinters. He points out that several of the top Jamaican sprinters, including Usain Bolt (a classic gifted goof), are from Trelawny Parish, historically the home to Jamaica’s largest free community of escaped slaves, the Maroons. Perhaps their ancestors were just tougher, and that’s why they ran away and stayed free for hundreds of years?

Epstein also speculates that the high fraction of fast-twitch muscle fibers in West Africans might have evolved as a defense against malaria. This is not a prima facie ridiculous idea, since falciparum malaria is arguably the worst disease on Earth and produces the most Darwinian pressure to evolve defenses. (The sickle cell genetic mutation, which deals out protection from malaria to those who inherit one copy and death to those who inherit two copies, is proof of how far nature will go to slow down malaria.)

My longtime readers will find Epstein’s framework and many of his examples (such as his chapters on Kenya’s Kalenjin distance runners) familiar. But I learned much from The Sports Gene.

For example, the average man has an arm span equal to his height (as in Leonardo da Vinci’s famous Vitruvian Man). Yet every NBA player except shooting specialist J. J. Redick has a wingspan greater than his already considerable height. This is especially true of African Americans.