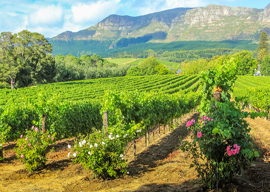 The president of South Africa, Jacob Zuma, the colorful Zulu polygamist with, at last count, six wives and 21 children, is in trouble with his ruling African National Congress after having fenced much of the country to the Gupta family.

These Indian operators, who moved to South Africa in 1993 to cash in on the end of apartheid, fled to Dubai in 2016, leaving Zuma politically precarious.

The New York Times, for example, lashed out at the antiwhite racism of the Guptas’ phrase “white monopoly capital”:

By the following year, Bell Pottinger was embroiled in a national maelstrom. In TV reports, editorials and public rallies, it stood accused of setting off racial tensions through a furtive campaign built on Twitter bots, hate-filled websites and speeches. All were pushing a highly toxic narrative, namely that whites in South Africa had seized resources and wealth while they deprived blacks of education and jobs. The message was popularized with an incendiary phrase, “white monopoly capital.”

Nobody has yet explained, however, why castigating “white monopoly capital” in South Africa is bad, while demonizing “white privilege” in America is very, very good.

For instance, neocon warmonger Max Boot was widely praised last December for announcing that Donald Trump’s existence had led him to discover white privilege. Boot was rewarded last week by being named an op-ed columnist for The Washington Post.

“Why is it so bad to argue against ‘white monopoly capital’ in South Africa but so admirable to excoriate ‘white privilege’ in America?”

This week’s New York Times article by reporter David Segal is remarkably adamant about the evils of antiwhite ideology, at least when subsidized by the Guptas in South Africa.

No one, however, seems to have noticed how this antiwhite South African PR campaign, which lasted for three months in early 2016, sounds much like the U.S. Democratic Party’s antiwhite campaign that began in 2012 with the vilification of “white Hispanic” George Zimmerman and went into overdrive in 2014 with Ferguson:

In the run-up to municipal elections that year, Mr. Zuma described the Democratic Alliance, the A.N.C.’s main rival, as a “white party,” adding that it could not “run this country no matter how they cover up by getting a few black stooges.”

Similarly, a 2011 New York Times column by Thomas Edsall about the GOP was entitled “The White Party.”

This sounds much like America’s sainted Black Lives Matter movement.

As the campaign spread, leaders at groups like the A.N.C. Youth League gave inflammatory speeches, decrying the “stranglehold” that rich whites had on the economy.

Likewise, a 2017 New York Times article about the U.S. was entitled “Whites Have Huge Wealth Edge Over Blacks (but Don’t Know It).” And, of course, Ta-Nehisi Coates of The Atlantic is proclaimed a “genius” for attributing the failure of 21st-century blacks to save their incomes and create desirable neighborhoods to FDR’s redlining in the 1930s.

For its part, Bell Pottinger never shook allegations that it ran that vitriolic social media campaign, nor that it was responsible for injecting “white monopoly capital” into the national dialogue.

In contrast, Peggy McIntosh has made a nice living in the U.S. since the 1980s going around being celebrated for her article “White Privilege: Unpacking the Invisible Knapsack.” Nobody even understands her “invisible knapsack” metaphor of white privilege—wouldn’t a hypothetical knapsack weigh white people down?—but The New York Times would be loath to print anything in its news columns as uncomplimentary about the concept of “white privilege” as Segal is about “white monopoly capital”:

Likewise, there is scant evidence that Bell Pottinger promoted “white monopoly capital,” the phrase that helped doom it. A law firm report commissioned by the company later concluded that employees of the firm had used the phrase “on occasion.” That is more often than is defensible, though it hardly explains the term’s sudden vogue.

Segal reports evidence that the main assertions of “white monopoly capital” came from a Gupta marketing firm in India. But Bell Pottinger’s original sin came way back in the strike-ridden winter of 1979 when it coined Margaret Thatcher’s brilliant campaign slogan “Labour isn’t working.”

Segal also implies that the well-rehearsed campaign against Bell Pottinger wasn’t exactly the product of spontaneous generation among the outraged South African masses. Instead, rumor suggests that the story was deftly planted in the press by cofounder Baron Bell to undermine his successor and retake control of the firm he had long run. (He denies it.)

Segal doesn’t mention the apparent upswing in murders of white farmers in South Africa as Zuma began campaigning for what he calls “Radical Economic Transformation.”

Why is it so bad to argue against “white monopoly capital” in South Africa but so admirable to excoriate “white privilege” in America?