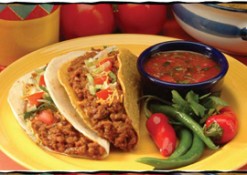 In the stifled, constipated political discourse of the modern West, there are quite wide categories of facts that are rather obviously true, but which it has for decades been considered gross bad manners to mention aloud. Now, suddenly, we are seeing those facts printed in respectable organs of news and opinion. Early signs of a paradigm shift? Or just a momentary aberration?

The first such instance that registered with me was David Frum’s May 3 piece on CNN.com. Frum tackled the issue of illegal immigration from one of the verboten angles: human capital. He cited some references to the fact that Mexicans don’t do very well in U.S. society, even after three or four generations.

Many Americans carry in their minds a family memory of upward mobility, from great-grandpa stepping off the boat at Ellis Island to a present generation of professionals and technology workers. This story no longer holds true for the largest single U.S. immigrant group, Mexican-Americans.

Frum quotes a 2002 paper on the subject by Stephen Trejo and Jeffrey Groger which replicates the findings of some different researchers ten years earlier, quoted in the late Samuel Huntington’s 2004 book Who Are We?

. Compare Table 2.3 in Trejo and Groger’s paper with this one, Huntington’s Table 9.1.

The lackluster average quality of the human capital we have been importing in the tens of millions  from Mexico should not have come as a surprise to anyone. Mexico is a lackluster kind of country. Quite inconsequential nations—Hungary, for example, which has one-tenth Mexico’s population and one-twentieth its area—have contributed more to the sum of human civilization in a few decades than Mexico has managed in 500 years. (Questioned recently on this very point, former Mexican President Vicente Fox came up with… the taco.)

The reasons for Mexico’s very low level of civilizational achievement presumably lie buried in the tangled feedback loops of history, geography, and population genetics, one key misfortune having been colonization by Europe’s own civilizational backwater.

(It is worth noting, before leaving the topic, that books about Mexican-American under-achievement have been written from the left as well as from the right. The leftist analysis naturally puts it all down to “racism.”)

Then came Jared Taylor’s July 20 interview in the Washington Examiner. Remarkably, Jared was allowed to put forward his common-sense “race realist” position at length (over 1,250 words). It doesn’t look as though there was much editing. I’ve known Jared as a friend for some years, and can testify that that’s his voice you’re hearing. The news-twisters of Journolist could learn a thing or two from the interviewer, Jamie Hines, and her editors at the Examiner.

JH: Describe the current state of race relations in America.
JT: Race is, and always will be, a serious social fault line in this country. Relative peace is maintained because whites tolerate “affirmative action” and massive non-white immigration. They do this because they are browbeaten and bamboozled into thinking it is wrong for whites to act in their own interests. This will not always be the case, and race relations will get worse as more and more whites begin to resist dispossession.

The third storm petrel to come fluttering by (if that is what storm petrels do “ I am not very clear) was Democratic Senator Jim Webb’s July 22 op-ed piece in the Wall Street Journal, pointing out that affirmative action and nondiscrimination laws have highly negative and discriminatory effects on poor whites.

A recent [National Opinion Research Center] Social Survey of white adults born after World War II showed that in the years 1980-2000, only 18.4% of white Baptists and 21.8 percent of Irish Protestants—the principal ethnic group that settled the South—had obtained college degrees, compared to a national average of 30.1 percent, a Jewish average of 73.3 percent, and an average among those of Chinese and Indian descent of 61.9 percent.

The thing Senator Webb pointed out is even more obvious than the low human capital of Mexican immigrants, or Jared Taylor’s assertion that “racial diversity is a source of constant conflict” (which Jared says is “blindingly obvious,” a turn of phrase worth dwelling on for a moment or two in this context). Like those other “hate facts,” though, it belongs in the category of things respectable people have to pretend not to notice.

What’s going on here? Is the worm turning? Are bright shafts of self-awareness striking through the inspissated gloom of white ethnomasochism? Is it the case, as Jared Taylor says, that “more and more whites” are beginning “to resist dispossession”? Has the patient, whose coma should by now be moving peacefully towards death, suddenly awoken, ripped the IV from his arm, and leapt from his bed roaring for a steak dinner?

My hopes are not high.

There is much to disagree with in Senator Webb’s editorial. Race is not an “artificial distinction,” but a natural one; nondiscrimination laws do not need extending, they need abolishing; and so on. The Senator has, however, mentioned a key fact that neither Frum nor Taylor remark on: the fact of white diversity.

Race is indeed, as Jared says, “a serious social fault line.” It is not the only one that matters in this context, though, and may even not be the most important one. Divisions among whites matter, too. There is even an extreme position—I don’t hold it myself, but you sometimes see it expressed on race-realist websites—that black Americans are too few in numbers and too helplessly dependent to matter at all, and that the race issue in the U.S.A. is entirely a status contest between different groups of whites, with blacks and Hispanics as passive tokens.

I don’t myself, as I said, believe this is the whole truth; but it is some of the truth. I am speaking here of “the narcissism of small differences.” It is my experience that among white Americans of all regions and classes, feelings about black people—much less Hispanic people—in the generality are never as strong as feelings about other white groups. The passion you can hear from a liberal college professor in Massachusetts when he is talking about, say, NASCAR fans, far exceeds anything he will exhibit in regards to black people, if he ever thinks about black people at all. And vice, to some degree, versa. This is the dark lie at the heart of all the babble about “racism.”

(Jared once told me that when he speaks to mixed audiences most of the angry vituperation comes from whites. Blacks more often listen to him with interested curiosity, and come up afterwards to ask thoughtful questions. I note that Ms. Hines, his Washington Examiner interviewer, is black.)

That is why I look skeptically on some of the enthusiasm generated among race realists by the recent appearance of taboo-broaching articles like those I have quoted. To Jared’s hope that “more and more” white Americans might “begin to resist dispossession,” I would ask: More and more of which whites?

Perhaps, to return to my previous metaphor, the patient is indeed stirring restlessly from his coma. Wait a short while. Along will come the nurse to twiddle the feed control on the IV for a stronger dose of sedative. Now the patient sinks back motionless again… before he can notice that the nurse is just as white as himself.