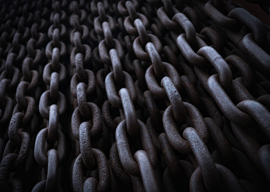 The currently approved conceptual framework for American race relations dictates that whites”all of them, simply by dint of being white”are oppressors. Any deviation from this rigid script, no matter how deeply rooted in fact, must be immediately annihilated like a blood-engorged tick.

We are taught that black academic and financial underperformance”as well as black over-performance in crime”are the direct result of slavery’s horrid legacy. There are to be no other possible explanations. To note the hugely embarrassing fact that American blacks live far longer and under vastly superior economic conditions in America than they do in any majority-black nation on Earth may be factual, but it is RACIST because it undermines the ironclad Guilt Narrative that must never be questioned.

Here are some facts that The Script demands you ignore:

1) Even at the peak of American slavery, only a tiny percentage of American whites”about 1.5%”owned slaves.

2) Leading up to the Civil War, a vastly higher quotient of whites had worked as indentured servants and convict laborers than had ever owned slaves. Most historians, regardless of their political orientation, agree that anywhere from half to two-thirds of whites who came to the American colonies arrived in bondage. The fact that the vast majority of whites existed in a state closer to slavery than to slave ownership is something resolutely ignored in the modern retelling of history.

3) Documents from the era show that so-called white “indentured servants” were often referred to as “slaves” rather than “servants.”

4) These “servants” did not always enter into voluntary contracts. There is overwhelming evidence that many of them were kidnapped by organized
criminal rings and sent to work on American plantations. It is possible that as many, if not more, whites than blacks were brought involuntarily to the colonies.

5) The middle-passage death rates for these “servants” were comparable to that of blacks on slave ships from Africa to the New World.

6) Indentured servants were whipped and beaten, sometimes to death. When they escaped, ads were placed for their capture.

7) They lived under conditions so brutal that an estimated half of them died before their seven-year term of indenture expired.

I covered many of these facts in my book The Redneck Manifesto. The chapter regarding white slavery is here. A simplified “kids” version is here. And recently Gavin McInnes and I covered much of the same ground in this video.

I”ve often discussed how guilt is one of the primary political weapons”in the long run, possibly more powerful than bullets. Since the currently accepted narrative is based far more on an attempt to quarantine historical guilt among whites than it is a sober assessment of the facts, the typical response to any discussion about white slavery is emotional rather than logical.

“To white slavery deniers such as Liam Hogan and the SPLC, these are all ‘false equivalencies’”possibly because they render the idea of universal white guilt as undeniably false.”

Ninety-nine percent of the time, “rebuttals” consist of nothing more than ad-hominem attacks, straw men, and appeals to motive. I often get accused of trying to “justify” slavery or of trying to argue that two wrongs make a right. When I counter that I”m arguing that two wrongs make two wrongs”and that I wonder why the sole focus is on one wrong rather than all of them”I am accused of being a racist liar.

Most frustratingly, I”m falsely accused of saying that white slaves had it worse than black slaves. No, actually, in The Redneck Manifesto, I was merely quoting people who alleged that:

A colonial observer of Virginia convict laborers said, “I never see such pasels of pore Raches in my Life…they are used no Bater than so many negro Slaves.” A 1777 screed protesting the indenture racket claimed that a white servant’s body was “as absolutely subjected as the body or person of a Negro, man or woman, who is sold as a legal Slave.” In the 1820s, Karl Anton Postl commented that non-slaveowning whites “are not treated better than the slaves themselves….A 1641 law provided for all disobedient servants to have their skin branded, regardless of its color. A 1652 law in Providence and Warwicke (later Rhode Island) mentions “blacke mankind or white” servants. A 1683 Pennsylvania law contains the phrase “no Servant White or Black.

But rather than even attempting to dispute any of this, critics merely call me a white supremacist and think they”ve won. That’s truly how stupid they are. Or dishonest. Or stupidly dishonest and dishonestly stupid.

Last week I was alerted by about a half-dozen friends to a story circulating about the “Myth of the ‘Irish slaves’” and how it was based on “a purposeful lie” spread by “Neo-Nazis, White Nationalists, Neo-Confederates, and even Holocaust deniers.” If that sounds like the frothy, methinks-the-lady-doth-protest-too-much vituperations of a Southern Poverty Law Center press release, that’s exactly what it is. The article features an interview with a certain Liam Hogan”who is nothing more than an Irish librarian”in a frantic attempt to “debunk” this “myth.”

Hogan’s “refutation” consists of little more than character smears. When he wades shallowly into the factual realm, it’s only to prove that some dumb meme somewhere misidentified a picture of bedraggled white children as white Irish slaves. But by that reasoning, since rumors of human soap and human lampshades were proved to be false, that whole story falls apart…right? Otherwise, there is absolutely no refutation of the reams of documented evidence that not only did white slaves exist, they were often called slaves back then. Again, from The Redneck Manifesto:

During a 1659 Parliamentary debate on the white-servant trade to the colonies, legislators used the word “slaves” rather than “servants.” A Virginia law of 1705 mentions the “care of all Christian slaves,” Christian being a contemporary euphemism for European.

In my long and checkered life I’ve often found that people who make huge public displays of virtue-signaling and moralistic grandstanding are often engaging in projection. In an article called “‘Irish slaves’: the convenient myth,” Hogan writes:

The conflation of indentured servitude with chattel slavery in the “Irish slaves” narrative whitewashes history in the service of Irish nationalist and white supremacist causes.

OK, two can play at that game. How’s this sound?

The media and academic blackout regarding white indentured servitude and convict labor”which were often referred to simply as “slavery” by contemporaries”whitewashes history in the service of a pro-black, pro-Jewish, anti-white cause.

Hogan also drags Ferguson into it:

Its resurgence in the wake of Ferguson reflects many Americans” denial of the entrenched racism still prevalent in their society.

So I’ll drag Ferguson out of it:

The fact that white slavery deniers are using Ferguson to somehow dispel white slavery as a “myth” shows how desperate and intellectually bankrupt they”ve become in their attempt to quarantine historical guilt solely among non-Jewish whites.

But to white slavery deniers such as Liam Hogan and the SPLC, to even dare drawing analogies between black slavery and white indentured servitude is to peddle “false equivalencies””possibly because to do so renders the idea of universal white guilt as undeniably false. So it’s not a case of me denying guilt”it’s a case of others falsely imputing it.

Since so much of leftist “argumentation” these days consists of guilt by association, the SPLC and Hogan ignore the Marxist and centrist historians who agree that white slavery was rampant and brutal. Instead, they go straight for the jugular of anyone they can dismiss as a white supremacist Nazi Holocaust-denier.

Enter one Michael A. Hoffman II, easily one of the most interesting alternative historians on Earth, even though Wikipedia’s dutiful social-justice termites have pegged him mainly as a “Holocaust denier and conspiracy theorist.” Along with over a hundred other sources, I cited Hoffman’s book They Were White and They Were Slaves several times in The Redneck Manifesto. Wikipedia mentions the book, but in true fashion it doesn”t bother to note its staggering reams of documentation from primary sources”instead, it heads straight into a critic’s description of Hoffman as a “racist.”

Although the “Irish slaves myth” story was spread far and wide on several sites last week, no one bothered to contact the alleged primary mythmaker.

The following Q&A was conducted with Michael A. Hoffman II via email. Tomorrow morning from 10:30-12AM I will interview Hoffman live via Skype on The Gavin McInnes Show. The program is subscription-only, but the video will eventually be uploaded to YouTube.

Taki’s Mag: Throughout his purported “debunking,” Hogan floats the idea that white indentured servitude and black slavery were so different as to be incomparable. Why is he wrong?

Michael A. Hoffman II: White enslavement has a long history in Britain and Scandinavia. Mr. Hogan, like so many writers on this subject who conform to the Establishment line, overlooks several points and has a naive faith in the white ruling class of Britain.

The conforming authors don”t take into account that the study of white enslavement has been impeded over the centuries by two facts missing from their own studies and critiques. First, white enslavement carried with it a hereditary taint. As I demonstrate in my book, this extends back to the Vikings who looked on Scandinavian “thralls” and those born into “thralldom” as carrying a hereditary defect in part because their enslavement was hereditary. Something akin to this was operating in Anglo-Saxon England under the category of villeinage. The daughter of a villein could not be married without buying her way out of villeinage. The test of a young English woman’s status in early medieval England”whether she was slave or free”was decided by whether or not the local lord had control over her body, as all masters have over their slaves. Under English law, a villein woman was one who could not be married until she first offered the custom of the country as it was known, the “ransom of blood for merchet“ (i.e., until she first submitted to sexual intercourse with the lord, prior to her marriage).

Both in early Britain and Scandinavia and much later in the sugar plantations of the West Indies and the tobacco plantations of America (before cotton became king), British-American whites whose parents or relatives had been enslaved, or who themselves had escaped it, or bought their way out (as did some black people), were exceedingly reticent to identify as former white slaves or as their progeny. “Servant” was a far more attractive category, and we see identifications with this status and less so with outright enslavement due to the stigma.

Hogan has a pictorial display allegedly confuting my thesis in which he displays a photograph of what appear to be mixed-race people in the West Indies who are Barbados residents circa 1908, and he is incredulous that no Irish white “redlegs” are in the photo or named as such. We know from primary source materials that white slaves worked alongside blacks in the West Indies and that the word “redneck” was applied to them by their darker coworkers because of the tendency of the white slaves to sunburn. Whether or not their descendants stayed on the island to pose for a camera nearly 300 years later is a flimsy device for casting doubt on a historical epoch. Limiting oneself to the search for Irish surnames is an even more egregious error because it excludes the search for traces of the English Protestants who were transported as slaves to those islands in the 17th and early 18th century.