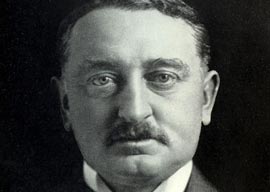 Here’s some more good stuff from the “academy” to get 2016 really rolling. It concerns Cecil Rhodes, the empire builder who left an Oxford University college more than 50 million big ones in today’s money with the following stipulation: “No student should be qualified or disqualified for election to a scholarship on account of his race or religious opinion.”

This was back in the late 19th century, so he didn”t include women. Rhodes began as a penniless lad seeking to make a living in the diamond mines of southern Africa. He succeeded, to say the least, and instead of purchasing a yacht and a big house on the Riviera, he established the Rhodes Scholarship at Oriel College, Oxford, in order for others, as poor as he was when he went down to the mines, to get a helping hand in life.

But here we are at present, with that great disease that now plagues mankind, Political Correctness, upon us. Oriel College, under which the Rhodes Trust hands out millions to nearly 90 scholars yearly, has agreed to remove a plaque in honor of the great man and empire builder, and has also agreed to begin consultations over the removal of his statue. Nice. Bidisha Mamata, a woman from I don”t know where but I can venture a good guess, is the leading protester, seconded by one Ntokozo Qwabe, a Rhodes Scholar himself, whose origins I also can only guess at. All I can say is, again, nice.

“Soon those who shaped our destiny, dead white folk like Washington and Jefferson and Madison, will be part of the history that does not dare speak its name.”

If ever there was a case of having one’s cake and eating it, this has to be it, and the only hypocrite missing for the moment is our old buddy William Jefferson Clinton, a beneficiary of Rhodes if there ever was one, who has as yet not demanded for the removal of the plaque and statue. Using the cash while whitewashing Rhodes out of history is hardly new. Our black brothers and sisters are doing just that as I write. Soon those who shaped our destiny, dead white folk like Washington and Jefferson and Madison, will be part of the history that does not dare speak its name. As one Oxford professor, a historian by the name of Mary Beard, said: Students should “look up at Rhodes and friends with a cheery and self-confident sense of unbatterability”much as I find myself looking up at the statues of all those hundreds of men in history who would vehemently have objected to women having the vote, let alone the job I have.” Now, there’s a lady speaking truth if there ever was one.

Mind you, denying the past is le gout du jour nowadays, especially in places of learning in the Western world. Cecil Rhodes imbibed the message of John Ruskin at Oxford long before he became a rich and powerful man. That message was one of duty, the duty for men to go out and transform the world, especially the Third World, one of disease, extreme poverty, misery, ignorance, and hunger. But as one Marc Anthony said, the good is oft interred with the bones of good men, the evil lives after them.

The irony is that there were, from the start, lots of black Rhodes Scholars, mainly from Jamaica, then a British colony. Of course, Rhodes” imperialism is now out of fashion, except for with George W. Bush and his neocon friends, who thought the Iraq invasion would be a cakewalk and that it would cost less than what Rhodes left that ungrateful Oxford college. (It’s cost a trillion if it cost a dollar.) Rhodes” accomplishments in southern Africa transformed the continent into a modern one, and he did that while squeezing in nine terms as an undergraduate at Oxford. The once great nation of Rhodesia was named after him, and the poorest and most corrupt country today is called Zimbabwe, after Rhodesia was renamed by that nice democrat Robert Mugabe.

Rewriting history is hardly new; after all, Italian children I met when I was at school had no idea about Mussolini’s defeat against the Greeks back in 1940. Only the Germans are taught daily about Nazi Germany, a period that lasted only 12 years. Iranians I have met laugh out loud when I mention Marathon or Thermopylae, and some even believe that Alexander the Great was Persian.

Cecil Rhodes is a villain in Africa, I am sure, but Oxford University and Oriel College are situated less than an hour’s drive (without traffic) west of London. The idea that some so-called students with an ax to grind have had their way makes every man and woman who has ever used utensils want to throw up. This is the same university that denied the greatest British prime minister, Lady Margaret Thatcher, an honorary degree”she already had earned one as a student”so what can we expect from lily-livered scum like those who have allowed primates like Mamata and Qwabe to rewrite our history?