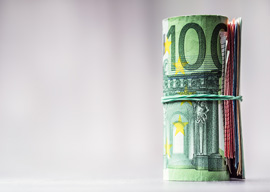 Long before I started writing about politics, I learned one important lesson: What is said to be inevitable doesn’t necessarily happen. Way back in 1965 I read a book by the distinguished American columnist Richard Rovere. I can’t remember the title, but I’ve never forgotten the content. Rovere argued that, following the disaster of Barry Goldwater’s campaign in the 1964 presidential election, the GOP was finished and there would never be another Republican president. Demographics and the way the world was moving were stacked against the Republicans. I found the argument mighty convincing.

Well, as you know, it was cockeyed. Richard Nixon was elected in 1968 and again in 1972. Indeed there would be only one Democrat president—Jimmy Carter—between 1968 and Bill Clinton’s election in 1992—and Carter was to be a one-term president.

I’ve seen the same sort of thing often enough in Britain. During the Thatcher years many wise men and women declared that there would never be another Labour government, and during the Blair years the same thing was said of the Conservatives. In both cases the wise and well-informed were wrong.

“Why do people make such confident and sweeping predictions?”

Back in 1991, by which time I was writing political columns, the then Chancellor of the Exchequer assured me that the single European currency would never come about. He told me it was “just something got up to keep old Mitterand happy.” This was, it appeared, the received wisdom of Her Majesty’s Treasury. Wrong again.

When the euro was introduced in stages between 1999 and 2002, with the United Kingdom staying out of the new eurozone, lots of British politicians, economists, and financial journalists were agreed that it couldn’t work and was bound to collapse quickly. They became even more convinced of this when the global financial crisis erupted in 2008, and yet more so when austerity was so damagingly imposed on the Mediterranean members of the eurozone. Gleefully, week after week, we were assured of the imminent breakup of the eurozone, tomorrow at the latest.

But tomorrow came and the eurozone held steady. The euro is now the common currency of 19 countries and is used by 338 million people. Not bad for a basket-case currency. Now, I’m not saying its continuing survival is assured. That would be foolish. I’m observing only that it has lasted longer than many clever and well-informed people expected and today looks stronger and more secure than it did a few years ago.

Why do people make such confident and sweeping predictions? There are, I think, three principal reasons.

First, both journalists and experts—politicians too—are required to be interesting. A columnist who shrinks from giving a strong opinion and writes “this may happen; on the other hand, it may not,” is likely to be regarded as a bore. His words catch nobody’s attention, and his editor may soon replace him with somebody who has stronger opinions. Likewise, experts who shilly-shally find that TV producers have little further use for their services, while those with strong opinions are in demand. As for politicians, they often command media and public attention only when they take an extreme position.

Second, people have a tendency to believe that what they want to happen will happen, and, of course, conversely. People who backed the Iraq War expected victory; those who were against it looked for failure. Today those who voted for Brexit still prophesy a glorious future once we have taken back control. Anti-Brexiteers are certain things will turn out badly, even very badly. So both camps interpret everything in the light of the opinion they already hold.