Who Cares About the Middle East? 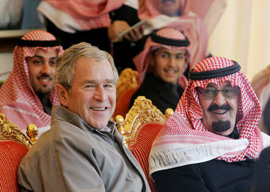 While reading yet another headline about, oh, I don’t know, a wayward dromedary whose scrotum was implanted with a cell-phone-triggered incendiary device designed to blow up a VW minibus filled with sorghum-harvesting kibbutz workers, it hit me like a suicide bomb:

It’s not that I’ve ever cared about the Middle East—it’s that I’ve finally realized I don’t care. How much don’t I care? A whole lot. There’s almost an intensity to my not caring. A ferocity, if you will.

Who cares about the Middle East?

OK, I care enough to tell you that I don’t care, but that much and no more.

In the simplest terms, the modern Middle East can be split into two distinct and perpetually hostile sides: Israel and the rest. Israel’s population is said to be inbred; then again, so is the rest’s.

In personal terms, I’m considered a gentile to one side and a kafir to the other. In other words, both sides consider me to be the “other.” Yet if I dare mention it, one side will call me an anti-Semite and the other will dub me an Islamophobe. Both terms are unabashedly dishonest. One term presumes that Semites could never possibly do anything that might lead to anti-Semitism, while the other assumes that Muslims are never scary enough to induce Islamophobia. (Let’s leave the discussion of what exactly constitutes a “Semite” for another day.)

Still, Americans are expected to care about the Middle East for reasons that are both pragmatic and ideological.

In pragmatic terms, there’s the dirty matter of crude oil. The West, for all its glossolalia and gibberish about freedom, is economically enslaved to the vast reserves of black gold bubblin’ beneath the Middle East’s burnished sands. For the time being at least, Middle Eastern oil lubes the West’s pistons, a fact that’s amusing to them and embarrassing to us.

It’s been postulated that over the past decade, it would have cost around $1.3 trillion—roughly the same amount that’s already been frittered away to fight those useless foreign wars—for America to ditch the oil addiction and switch to nuclear power.