Who Fed the Tiger? 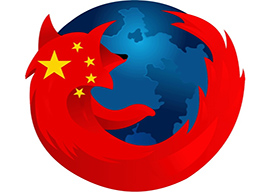 Missiles fired from the Chinese mainland could destroy five of the six major U.S. air bases in the Far East. So states a new report of the U.S.-China Economic and Security Review Commission, adding:

Beijing is also building rockets, submarines and surface fleets to extend her dominance out to the third chain of islands, enabling the People’s Liberation Army to strike U.S. carriers and bases as far away as Guam.

Since the demise of the blue-water navy of Russian Adm. Sergei Gorshkov, the Pacific has been an American lake. No more.

China lays claim to all the Paracel and Spratly islands of the South China Sea, all the Senkakus in the East China Sea, and all the oil and gas beneath and around those islets and reefs.

America’s offer to mediate these claims, which involve half a dozen other anxious Asian nations, has been rudely rebuffed by Beijing.

At the G20 gathering in Seoul, South Korea, Barack Obama got an earful from China about the Fed sinking the dollar and learned that Beijing would not be revaluing its currency to help with our chronic trade deficits.

“For decades, corporate America championed investing in China and trade with China, though the massive transfer of U.S. factories, technologies and jobs was clearly empowering China and weakening America.”

As China holds a huge share of U.S. debt, Obama is not about to get sassy with our banker, who might just cut off the credit America, running a budget deficit of 10 percent of gross domestic product, desperately needs.

Napoleon said of the Middle Kingdom, “Let (China) sleep, for when she wakes, she will shake the world.” The shaking has begun.

So the question arises: Who put us in this predicament? Who awakened, fed and nurtured this tiger to where she is growling at all Asia and baring her teeth at the United States? Answer: the free trade uber alles Republicans.

Richard Nixon opened China. His 1972 Shanghai communique pointed inexorably to what Jimmy Carter did in 1979: break relations and abrogate our security pact with Taiwan, and recognize the People’s Republic as the sole legitimate government of China.

In 1982, the Ronald Reagan White House signed on to a communique with Deng Xiaoping’s China by which we agreed to reduce and eventually end all arms sales to Taiwan as tensions in the strait diminished.