Who Gets to Name the Snow? 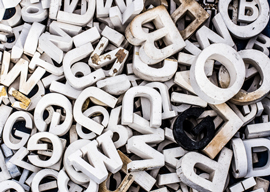 Here’s the fastest, surest way to identify the subspecies hackus punditus“watch for them to display one particular behavior, especially when deadlines loom during summer months:

But while it is the end of July, I do have what I believe to be a fairly believable excuse for falling back on that old trope.

Merriam-Webster really has started on the path to defining “conservatism” as “bigotry.”

The intentional conflation of both words is hardly news at this juncture, but the Daily Caller‘s been working this beat nonetheless. First they noticed that when you Google “bigotry,” that search engine supreme helpfully returns a definition that includes the word “right-wing.”

“Yet I was rattled when, in his new book, The Language Hoax, McWhorter challenged one of the sturdiest baseline beliefs on both left and right: that words matter.”

When confronted, Google blamed the Oxford English Dictionary and vowed to “flag” the result as “inappropriate.” (Google “flag the result as inappropriate” and you”ll turn up “do sweet dick-all.”)”¨”¨ Then a ticked-off reader tipped off the Daily Caller: did they know Merriam-Webster was up to similar semantic mischief?

In its entry for “bigotry,” the unabridged dictionary at Merriam-Webster.com proffers “related words,” and sure enough, one of those is “conservatism.”

Questioned via email, an associate editor responded at some length. However, anyone who’s had the misfortune of corresponding with private or public sector factotums will immediately spot many familiar corporate-speak synonyms for “please kill yourself” embedded in her unfailingly polite message, rather like those lethal suggestions to “play a little game of solitaire” in The Manchurian Candidate.

“I would imagine millions of impressionable young minds go to this site to find definitions of words for school,” the Daily Caller‘s anonymous complainant had written. “This is extremely dangerous and powerful.”

I”ve always admired John McWhorter’s willingness, as a self-described “liberal Democrat,” to squirt Febreze on some of that tribe’s smellier orthodoxies.

Yet I was rattled when, in his new book, The Language Hoax, McWhorter challenged one of the sturdiest baseline beliefs on both left and right: that words matter.

Orwell’s 1946 essay “Politics and the English Language” is that belief’s foundational text. Its mantra is Alinsky’s: “He who controls the language controls the masses.” While few laymen have heard of linguist Benjamin Whorf, his theory that “we dissect nature along lines laid down by our native languages” is one most of us take for granted.

You know: “Eskimos have a hundred words for “snow”” and all that. Except they don”t. Yet that anthropological “arctic legend” seems so intuitively, poetically true that effectively debunking it has proven almost impossible.

On the other hand, Yiddish does indeed boast a gratuitous surfeit of synonyms for “moron,” at least as far as this philosemitic shiksa was once concerned”until, late-ish in life, I finally met, face-to-face, actual stupid Jews, whom I”d previously imagined to be as plentiful as, well, dodos.

And what about this fancy lady, who finds it significant “that Latin has only one basic verb for “laugh” (ridere), but many nouns meaning “joke,” while in Greek the opposite is true. Greeks cackled, chortled, giggled, and guffawed; Romans told jokes”?