Who Guards Those Who Guard the Guardians? 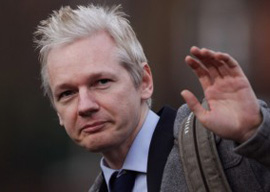 In July 2011, in response to public anger at a few tabloid journalists” illegal activities, David Cameron reluctantly announced the Leveson Inquiry into the specific allegations and the “culture, practices and ethics of the press.”

Sixteen months of media navel-gazing, 650 witnesses, and 3.2 million words of evidence later, the Inquiry is creaking to a close. Its recommendations on press regulation will be published at the end of November, either calling for continued industry self-regulation or statutory regulation. There could be ramifications far beyond the eight charged to date with phone-hacking offenses or those who have already resigned as a consequence of the Inquiry. Some say the results may mean the difference between a free press and a government-controlled one.

“Some say the results may mean the difference between a free press and a government-controlled one.”

The proceedings also featured harrowing tales, including that of Bob and Sally Dowler, parents of 13-year-old Milly, abducted and murdered in 2002. In July 2011, the Guardian claimed that journalists at Rupert Murdoch’s News of the World had hacked into Milly’s mobile phone and deleted messages before it was known she was dead, thereby encouraging her desperate parents to believe she was still alive”and potentially destroying important evidence. It later emerged that perhaps the messages had deleted themselves automatically, but by then the Inquiry had already been set in motion.

In any case, the NOTW had also published the private diaries of Kate McCann about her yearning search for her missing three-year-old daughter Madeleine. It had also hacked into the phones of relatives of soldiers killed in Afghanistan and the 7/7 London bombing victims, as well as celebrities, politicians, and royals. It seemed hacking had been commonplace, carried out without the connivance of successive editors. The public which had for the previous 168 years devoured the News of the Screws now suddenly realized it had always found the paper distasteful. Murdoch swiftly closed down the hugely profitable publication (first securing the domain name http://www.sundaysun.co.uk/ on the off chance it might come in useful”as it has).

But his swiftness could not salvage his BSkyB bid nor the careers and reputations of several employees or former employees, most notably erstwhile NOTW editors Andy Coulson and Rebekah Brooks.

Nor could it prevent him being called to sit under the stern owl stare of Lord Justice Leveson in April, where he was expected to recall details of what was said at 2009 breakfasts with David Cameron and other “enemies, old toffs and right wingers“”repasts about which he had an understandably hazy memory. The one thing of which he was absolutely certain was that on none of these occasions had he even mentioned anything that might have a material bearing on the Murdoch fortunes. Nor had he ever dreamed of trying to exert influence through Andy Coulson (who became Conservative Party Director of Communications) or Michael Gove (ex-Times columnist, presently Education Secretary). His professed lack of interest in either politics or profits makes his attendance at all these political power breakfasts as marvelous as it is mystifying.