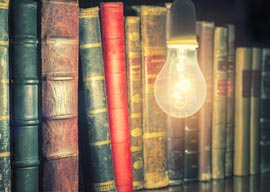 There were three terrible things about 9/11.

The first was the apocalyptic barbarism, the destruction of 3,000 innocent lives. The second was the pummeling of the New York City skyline, the greatest thing yet conceived by human minds and constructed by human hands, as outrageous as if a few thousand years ago someone had blown up the pyramids.

And the third was the way this atrocity allowed Western progressives to externalize the threat to our values. To treat the withering of the Western Enlightenment as something brought about by bearded foreigners who seem to have been time-warped from the 7th century.

That third terrible thing about that terrible day might prove to be 9/11’s most toxic legacy. For not only did those plane-weaponizing madmen end lives and take down metal, glass, and concrete structures”they also helped to warp politics itself, inciting onetime critical thinkers to ditch the thought in favor of simplistically reciting that they, like an exotic virus, are destroying our values.

With 9/11, Westerners of a liberal, democratic bent seemed finally to find an answer to that most troubling question: “Who killed the Enlightenment?”

It was Islamists. Outsiders. Extremists under the spell of faraway death cults. If we in the actual West bear any bit of responsibility, apparently it’s only insofar as we have “appeased Islamism””that is, facilitated them, the destroyers of liberal values. Sadly”tragically”this is the wrong answer to the question of who killed the Enlightenment, and we”ll pay a high price for answering incorrectly.

“If that sounds familiar, it’s because it has been the organizing principle of the post-Enlightenment West for decades, a central plank of the relativistic cult of multiculturalism and the speech-policing scourge of political correctness.”

In many ways, 9/11 was a good thing for the beleaguered liberals of the West, for it meant they could finally put a name and face to what had until then been an amorphous, elusive phenomenon: the slow-motion, Ballardian death of Western reason.

There suddenly appeared to be some agency behind the walloping of the modern ideals of tolerance, liberty, and democracy, and it was a brilliantly ugly agency, all long beards and wagging fingers. The reason so many Western liberals describe 9/11 as a turning point, a personal wake-up call, is because it’s the moment their niggling concerns about the undermining of Enlightenment values were finally given some clarity”a narrative, even. And the fact that the narrative is wrong? Don”t mention that.

The post-9/11 urge to externalize the threat has been much in evidence since the Charlie Hebdo massacre. Everywhere one turns, there are concerned Westerners, of both the right-wing and left-wing varieties, projecting the collapse of their value system onto three psychos with guns. We have not been “robustly confronting the cancer in our midst,” says British columnist Richard Littlejohn in the Daily Mail. This is what must be done to destroy the foreign body attacking the liberal Western nervous system: “[C]lose down Islamist websites … shut down mosques and religious schools which foment terrorism; prosecute and deport foreign hate preachers.” This, apparently, will resuscitate our flagging liberalism.

In the Daily Telegraph, Allison Pearson bemoans Muslim communities” “grievance narrative” (as though Muslims were the only adherents of the culture of complaint and self-esteem-stroking censorship), and says this narrative is damaging “European nations which afford [us] remarkable freedoms and benefits.” She slams the non-Westerners who demand “ever more shrilly that we bow to [their] worldview.” So they are forcing us to bend our once-enlightened knee at the altar of intolerance and backwardness.

Another angry observer, Ian O”Doherty, said after Charlie Hebdo that “those who don”t like freedoms can return to the repressive countries they love so much.” Too many of us are bowing at the “altar of appeasement.” It’s time we “took our heads out of the sand” and told the extremists to “f*** off.” This, apparently, will allow us to get our values and liberties back into rude health.

The outsourcing of the West’s crisis of meaning can be seen in the way our leaders respond to Islamist outrages. In France and Britain, the Charlie Hebdo massacre has been swiftly followed by campaigns to cure or expunge the foreign bodies allegedly eating our Enlightenment. French leaders accuse Islamists of undermining the Republic and everything it stands for. The British PM, David Cameron, gave the nod to the writing of a letter to Islamic leaders across the UK, calling on them to encourage their followers to embrace British values. Pretty much every brow-furrowed liberal says the same thing: Islam needs to have an Enlightenment, and quick.

Does it? Maybe. Who knows? But one thing I do know is that all this talk of Islam’s need to get enlightened is a displacement activity of gobsmacking proportions. It masks as a clash of civilizations what is in truth a clash”or rather a corrosion”within one civilization: the Western one, the once enlightened one, the one that lost its way and its values and its liberal, democratic soul when those Charlie Hebdo killers were still in nappies.

To hold Islamism, and the Western fools who apologize for it, responsible for the moral and spiritual disarray of the West is to ignore the funk our societies had sunk into long before 9/11. In fact, it gets things the wrong way round. The medieval death-wishers with planes and bombs are not the authors of the Enlightenment’s demise”they are the beneficiaries of it, coming after it, and from it.

Who killed the Enlightenment? We did. Universities did. Relativists did. Multiculturalists did. Environmentalists did. Schools did. Politicians did. No external cancer was needed to pollute the Western body; it was already sick.

For years before 9/11, the Western academy”once charged with upholding the best of human knowledge”had been promoting the noxious notion that the Enlightenment was a con, a bizarre and human-centric elevation of reason over emotion, of knowing stuff over being an ignorant asshole, which is apparently as admirable a way to life your life as being a professor of Goethe.

For years, the environmentalist strain in the West had been redefining mankind as a toxin, a pollutant, an arrogant son of a bitch who believes he has the right to “extract nature’s secrets” (Francis Bacon).