Who Wants War With Iran? 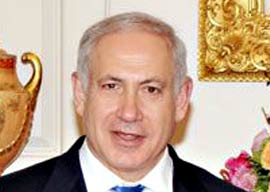 “We don’t believe they’ve actually made the decision to go ahead with a nuclear weapon.”

Before the hearing, as James Fallows of The Atlantic reports, Clapper released his “Worldwide Threat Assessment.” It read, “We do not know … if Iran will eventually decide to build nuclear weapons.”

Clapper thus reaffirmed the assessment of 16 U.S. intelligence agencies in 2007, reportedly repeated in 2011, that the U.S. does not believe that Iran has decided to become a nuclear weapons state.

In December, when Defense Secretary Leon Panetta said that if Iran went all out, it might be able to build a nuclear weapon in a year, Pentagon spokesman George Little hastily clarified his comments:

“The secretary was clear that we have no indication that the Iranians have made a decision to develop a nuclear weapon.”

On Jan. 8, Panetta himself told CBS:

“From the above, we may conclude that the administration does not believe that Iran has crossed any redline on the nuclear issue—and President Obama does not want war with Iran.”

From the above, we may conclude that the administration does not believe that Iran has crossed any redline on the nuclear issue—and President Obama does not want war with Iran.

From their actions, it would appear not. If Iran wanted war with the United States, any terror attack inside this country or on U.S. forces in Iraq or Afghanistan could bring that about in an afternoon.

Expulsion of the International Atomic Energy Agency inspectors from the Natanz enrichment facility, covering up the IAEA cameras, breaking the seals on the low-enriched uranium stockpiled there, or removing the LEU would be a fire bell for the Pentagon.

But the IAEA inspectors and LEU are still there.