Who Will Hire the Hangman? 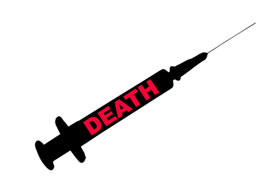 Why should the dying have all the best deaths? Fatal illness is not the only form of terrible human suffering: on the contrary, the briefest of reflection should be enough to convince anyone that such suffering is widespread and often long-lasting. Surely it is discriminatory to offer advantages, such as the right to easeful death, to one group of people but not to another?

Belgium, it seems, is to offer children with fatal diseases the option of voluntary euthanasia, provided they have “discernment.” But pain and suffering are no respecters of the powers of discernment. One of the reasons that we feel able (albeit with a heavy heart) to put down our pets when they are fatally ill is precisely that they do not have discernment, that we cannot reason with them, and that they are unable to choose for themselves. In the case of children, who discerns the discernment? And will children be put up to asking, will it be suggested to them that they might prefer death to their current condition? It will save time and money if they do.

I can quite see all the arguments in favor of euthanasia. It is a hard and unpleasant fact that while most deaths can be made relatively comfortable, not all can: Some terminal suffering is horrible despite the best palliation possible. However, a right to something tangible, such as the means to euthanasia or assisted suicide, implies the duty of someone to provide it: for a right can only really be a right if it can be exercised.

Who, then, will have the duty to provide the means to easeful death? No doubt there will be clauses in the relevant permissive laws to absolve individual doctors or others from complying with patients” requests, but such doctors will no doubt be constrained also to supply the names of willing doctors, under pain of infringing upon the requesting patients” rights. Before long, doctors who do not agree with euthanasia will feel they might as well go along with it, and do it themselves, for their refusal will make no difference. We must be practical.

It is even possible, I suppose, that there will be specialists in putting people down”thanatologists”for it is not a simple matter to kill without causing suffering, at least if opponents of the death penalty in the United States are to be believed. Therefore the matter cannot be left to people who do it only once or twice a year; like most medical procedures, it will be best done by those who do it often. Unfortunately, this metier is likely to attract unsuitable candidates. (The British Home Office, apparently, used to receive five applications a week for the post of hangman, though no such post had been advertised.) In other words, if that is the job you want to do, you are unsuitable for it.

I admit that I am somewhat of a hypocrite on this matter in that I can easily imagine myself in such a condition that I would prefer to die than continue to live, and in which case, being somewhat cowardly, I would prefer someone else to procure my death for me. Advanced directives are wrong in principle, however, because imagining being in a condition at some time indefinitely in the future is very different from actually being in that condition. One’s attitude to intolerability changes. To mention something frivolous, I once thought it would be terrible, near intolerable, to be bald, but I now find that it is not so bad after all. The major problem with it is keeping one’s hat on in the cold wind.