Who’s Afraid of the Joker? 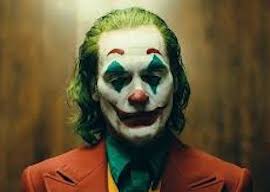 TAMPA—I dressed up as the Joker on Halloween and absolutely no one was scared.

I didn’t get kicked out of public places. I wasn’t suspected of being a serial killer on my way to a murder spree. Nobody mistook me for a revolutionary trying to inflame the disenfranchised populace.

In fact, people constantly stopped me to pose for pictures. Do you know how humiliating this must be for the makeup artist who painted the jagged Joker smile on my face?

Maybe I was cheating. My Joker was more the 1966 Cesar Romero version, with the green hair and the loud jacket, as opposed to the brooding 2019 Joaquin Phoenix pistol-toting clown suffering from pseudobulbar affect (the laughing disorder) and dealing with self-image problems that are off the scale. (I have to make this distinction because there was a vendor at the Spooky Empire convention selling Halloween masks exactly like the ones worn by Arthur Fleck’s anarchist army in the movie. Putting one of these on would be the equivalent of saying, “Yes, as a matter of fact, I would enjoy setting fire to a few law enforcement vehicles.”)

Despite my abysmal failure as a scary dude, it’s been obvious over the past month that a lot of people are scared of the Joker in ways that were never envisioned by Wes Craven when he invented Freddy Krueger, or by John Carpenter and Debra Hill when they conceived Michael Myers, or, for that matter, by Mary Shelley when she gave birth to the Frankenstein monster.

Even before the movie was released, some theaters warned the public that no one would be admitted wearing masks, even Joker masks, which kind of cut down on the cosplay possibilities. The survivors of the 2012 Aurora, Colorado, massacre tried to get Warner Bros. to change their ad campaign and create some kind of megafund for shooting victims and agitate for gun control, presumably because the mentally deranged man who opened fire during The Dark Knight Rises identified himself to the police as “the Joker”—even though the Joker character appears nowhere in that movie. At some venues, metal detectors were installed for fear that Joker wannabes would be packing. Joaquin Phoenix was repeatedly asked to make inane public statements about how he doesn’t really condone violence.

“I think at this point the Joker can be anything you want him to be.”

My own view of the character would be that the only people who could possibly be afraid of him would be obtuse billionaires worried that someday the homeless might be organized into armed battalions and mobilized to invade Palm Beach. I’m going to assume that the Hong Kong protesters who donned the Joker makeup were using it mostly as a protest against the Chinese law that forbids wearing a mask, and that they weren’t secretly advocating the killing of everyone in your life who lies to you or puts you down.

Nevertheless, the Joker makeup has been turning up in the weirdest places—Syria, Chile, Venezuela—almost always on the faces of anti-government protesters. This is in spite of the moment in the movie when Arthur Fleck says he’s not political at all and doesn’t support anything like that—but, of course, that’s exactly what an oppressed brainwashed victim of The Man would say, right?

So here’s my question. Is Arthur Fleck a symbol of mental derangement? (Hence the metal detectors and the public freak-out surrounding the release of the movie.) Or is he a symbol of empowerment? (Hence his use in street protests.) I guess it’s possible that the street protesters are saying, “Let’s empower the mentally deranged,” but I doubt it. I think at this point the Joker can be anything you want him to be. Hate your mother? It’s in the movie. Love your mother? It’s in the movie. Resent your parents for puffing you up with false promises? That’s in the movie too. Hate entitled millennials? That’s in a scene reminiscent of Bernhard Goetz, the so-called Subway Vigilante who, after being assaulted in 1981, carried a gun that he used in 1984 to shoot four thugs trying to shake him down on a subway car. (Highly appropriate, since the art direction suggests that Gotham is actually New York City in the ’80s, when every subway car had graffiti, the infrastructure was crumbling, social services were nonexistent, and guys like Arthur Fleck got mugged daily.)

The idea is that Arthur Fleck becomes the Joker because the world refuses to deal with his mental illness, his poverty, his victimhood. The world makes promises and then laughs at him when he takes the promises seriously. Arthur Fleck turns violent when the world hands him a gun, dares him to use it, then punishes him for taking action.

The question is, why would anyone want to publicly identify with that profile? He’s damaged, desperate, and—as far as everyone else is concerned—inarticulate. His final solution is to burn everything down. Do the Hong Kong protesters really want to burn everything down? Do the Venezuelan protesters not realize that everything has already been burned down and Arthur Fleck is incapable of building it back up? Do the grim disillusioned Bernie Goetzes of the world really believe murder is the answer?

On the other hand, Arthur Fleck also wants to kill the glib, self-satisfied talk-show hosts. I could probably get behind that one, especially when the host is played by Robert De Niro in the worst case of Hollywood miscasting in film history. But I’m still pretty sure that no movie could ever persuade me to become a random assassin, no matter how far down the social scale I fell. I’m not even sure the Joker mask works, since the most likely reaction to it at this point is “Huh? That’s interesting that you would wear that! Would you mind if we take a selfie together?”

I mean, come on, that is funny.