Who’s Afraid of Whom? 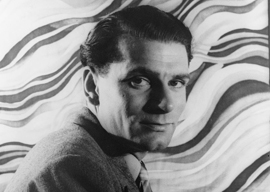 Increasingly, social-grievance jihadis are getting themselves worked up over casting decisions in movies, TV shows, plays, and even operas, labeling anything they disapprove of as “whitewashing.”

Granted, the number of beneficiaries of disputes over which celebrities will get which roles is miniscule. But the various contradictory controversies, when considered together, are revealing for what they show about the unprincipled nature of contemporary moral crises.

In the past, acting was less concerned with issues of identity-politics authenticity, or even all that much with authenticity at all. Performing was basically conceived of as Let’s Pretend for grown-ups. Who was putting on the show was less important than how much showbiz professionalism they put into it.

The most admired actor of the mid-20th century, Lord Laurence Olivier, was famous for insisting that what he was doing was just playacting.

Therefore, in the 1950s, Olivier disapproved of the new American craze for Method acting. In the 1960s, his somewhat childlike delight in dressing up crashed into the new civil rights seriousness when he released his controversial movie adaptation of Shakespeare’s Othello in the U.S. Here’s Sir Larry ecstatically explaining how he got into blackface for Othello:

Black all over my body, Max Factor 2880, then a lighter brown, then Negro Number 2, a stronger brown. Brown on black to give a rich mahogany. Then the great trick: that glorious half yard of chiffon with which I polished myself all over until I shone…The lips blueberry, the tight curled wig, the white of the eyes, whiter than ever, and the black, black sheen that covered my flesh and bones, glistening in the dressing room lights.

In the theater, this probably looked pretty reasonable from the twentieth row. But in a close-up projected twenty feet high on a movie screen, Olivier’s superb European features just looked like Charlton Heston in blackface. After all, movies and television are fundamentally different from the theatrical arts due to the close-up.

Different art forms have traditionally been understood to require different customs. Opera is close to pure fantasy, while film was increasingly seen as needing a higher degree of racial realism in casting. Thus, in the postwar era, Hollywood turned to all-purpose exotic stars such as Yul Brynner, Anthony Quinn, Omar Sharif, and Charles Bronson to play a variety of ethnicities.

“Since there’s not much that can be done about the greatness of the past, the future is likely to be filled with pettiness.”

Likewise, different budget levels were felt to be associated with different degrees of ethnic plausibility. A local theater troupe can”t be expected to stock one of each race of both sexes and then cast them only in appropriate roles. In contrast, Law & Order, with all the stage actors of New York to draw upon, took pride in casting as witnesses faces who fit the script exactly.

But we are likely to forget such pragmatic distinctions among the performing arts as political correctness closes in on all of them. All are moving in the direction that in any question of casting that is at all complex, the benefit of the doubt goes to the nonwhite.

In Britain, the last time a major white actor attempted to play Othello on stage was Michael Gambon in the late 1980s, but his plans were shouted down. Gambon played the Moor of Venice one last time as an olive-skinned North African in 1990, and then that was it for white actors after almost 400 years.

On the other hand, white tenors still sometimes play the lead in Verdi’s operatic adaptation Otelo. But for how much longer? The New Yorker‘s headline last week captured the spirit of the age:

A Small Step Toward Correcting the Overwhelming Whiteness of Opera

Is it racist that the great white composers didn”t write many roles for nonwhites? Or is it racist that they wrote any roles at all for nonwhite characters? (In reality, the mainstream operatic repertoire”such as Verdi’s Otelo and Aida, Puccini’s Madame Butterfly, Gershwin’s Porgy and Bess, and, perhaps, Bizet’s Carmen and Mozart’s The Magic Flute and The Abduction From the Seraglio“offer a surprisingly wide array of nonwhite roles.)

Or is the true racist microaggression that all the great operatic composers are white?

Since there’s not much that can be done about the greatness of the past, the future is likely to be filled with pettiness.

For example, when the half-century-old British sci-fi TV show Dr. Who time-travels in the latest season to Jane Austen’s era, London is portrayed as having as many Pakistanis and Nigerians as it does today. Showrunner Steven Moffat handwaved:

“History is always white washed,” says Moffat. “How do we manage to have a diverse cast despite that? The way that we did it was…[to just] say that you will see people of different colors there…. It is bending history slightly, but in a progressive and useful way.”

But what about opera?

For quite a few decades, opera has largely ignored trying to be racially realistic in casting, just as it has never worried about casting 250-pound middle-aged sopranos as ingenues discovering love for the first time and 300-pound tenors as dashing lovelorn swains. Opera is largely about youthful passion, but opera singers peak in middle age. Hence, opera is basically delirious, so demographic realism hardly matters. What counts has been who is the best singer available.

Under this system, black singers, including popular divas such as Leontyne Price, Jessye Norman, and Kathleen Battle, have done quite well for themselves. Although African-Americans don”t make up much of the opera fan base, blacks tend to be talented, resonant singers, perhaps due to craniological differences. I attend the low-budget Pacific Opera Project in Los Angeles, and the black percentage of the cast is usually around the black percentage of the U.S. population.

The system isn”t broke, so why fix it?

But the increasing levels of politicization and virtue signaling in our culture make us dumber about pragmatic differences among art forms.

Thus, in the current year we”re discussing whether opera productions should refuse to hire a superior soprano to sing Madame Butterfly just because she’s not Japanese. The Washington Post‘s classical-music critic Anne Midgette asked on April 20, 2017:

In theater and film, we demand that Asian roles be played by Asian actors. Why is opera different?

Still, in this day and age, it can be startling to see Caucasian singers made up to look Japanese….

But of the four sopranos appearing in the lead role on different nights, two are Korean (including the promising soprano Sae-Kyung Rim, in her U.S. debut), one is Latina and one Albanian”Ermonela Jaho…. And on the company’s Facebook page, the debate has started about the inappropriateness of non-Asian singers portraying a Japanese heroine.

But is the famous Miss Jaho the right, diverse”i.e., Muslim”kind of Albanian, which might entitle her to play a fellow Person of Color? Or is she the wrong, nonvibrant”i.e., Belushi-style Christian”Albanian? Inquiring minds want to know!