Whose Country Is It, Anyway? 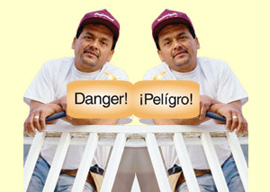 For the third straight year, the median income of the typical American family fell in 2010. Adjusted for inflation, it is back where it was in 1996, the longest period of zero growth since the Depression.

And the poverty rate has inched up to 15.1 percent.

Both figures, however, should be put in perspective.

For example, a family can be classified as poor and own a car, a flat-screen TV and a computer, and have a washer-dryer and a garbage disposal.

Folks below the poverty line have their kids educated free in Head Start, for 13 years in public schools, then get Pell grants for college. They get free food stamps and health care through Medicaid. They get subsidized housing and earned income tax credits, are eligible for all other safety-net programs, and can earn $23,300 in pretax income and pay no income taxes.

Poverty in 21st century America is not poverty in the Paris of “Les Miserables” or the London of Oliver Twist or the Dust Bowl of Tom Joad.

The 15-year stagnation in the median income of the American family, however—a vanishing of the American Dream that one’s children will know a better life—is a more serious matter.

“Poverty in 21st century America is not poverty in the Paris of “Les Miserables” or the London of Oliver Twist or the Dust Bowl of Tom Joad.”

For there are causes of the stunted growth in the standard of living of the American family that neither party is willing to address, if either of them even recognizes those causes.

First is the immersion of the U.S. economy in a global economy. This plunged U.S. workers into direct competition with workers in Asia and Latin America willing to do the same jobs for far less, in factories where regulations are far lighter.

U.S. corporate executives leapt at the opportunity to close plants here and relocate abroad. This explains the 50,000 factories that disappeared in the Bush decade and the 5.5 million manufacturing jobs that vanished.

You cannot have a rising standard of living when your highest-paid production jobs are being exported overseas.

Now, to buy the goods of the foreign factories that used to be here, we are shoveling out more and more of America’s wealth. Our national bill for imported goods and services is $2.5 trillion a year. The U.S. trade deficit is back up to between $550 billion and $600 billion a year.

If President Obama wishes to know why his $800 billion stimulus bill didn’t have the kick he expected, he should look at the “seepage” problem.