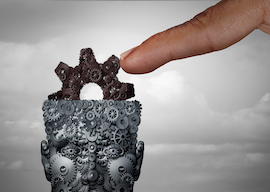 A couple of psychiatrists appeared on CNN on Sunday to discuss the president, and their exchange serves as an apt reminder of why Americans, and conservatives in particular, should distrust these so-called mental health experts. One of them, Bandy Lee, has been trying to undermine the Trump presidency for the past three years. Her palpably biased and unprofessional efforts were the subject of my Aug. 10, 2018, column. An assistant professor of clinical psychiatry at Yale, Lee is editor of the widely criticized book The Dangerous Case of Donald Trump (2017), whose circular argument is that Donald Trump’s mental health poses a “clear and present danger” to “the nation and individual well being.” In a review of the book, Theodore Dalrymple, a retired psychiatrist and harsh critic of the field, described it as “little more than re-description of easily and publicly observable traits and conduct…an echo-chamber for the thoughts and feelings of those who already abominated [Donald Trump].” It goes against medical ethics (the Goldwater Rule) for a psychiatrist to diagnose a person he or she has not examined. Lee, however, seems to enjoy an unflappable faith in her own expertise and mission, and so continues to do her “duty to warn” us about the dreadful man in the White House.

Lee was joined by Allen Frances, chairman emeritus of Duke University’s department of psychiatry and behavioral sciences, and himself the author of a book on the Trump presidency. Trump doesn’t suffer from mental illness, Frances claims in his Twilight of American Sanity (2017); the problem, rather, is the American people—we’re mad for electing him. This point Frances stressed in his CNN remarks. It seems that he was brought on to be a foil to Lee, for he was critical of “medicalizing politics,” since he thinks it stigmatizes the mentally ill and distracts people from addressing Trump’s awful policies. Frances also dismissed The Dangerous Case of Donald Trump as “silly” and “amateurish.”

The best comment on “mental health experts” belongs to the Austrian satirist Karl Kraus, who quipped that “psychoanalysis is itself the disease for which it purports to be the cure.” Owing to the complexity of human nature, to the ingenuity of the imagination, to the limits of reason, and last but not least, to bad methodology, psychology and psychiatry are inexhaustible labyrinths in which one can find pretty much anything one wants. Much of what passes for science is mere confirmation bias. The replication crisis is a well-known scandal. The same ostensibly causal factors are found to be consistent with any number of conditions. Both overdiagnosis and underdiagnosis of disorders are common. New disorders spring up like weeds. Personal preferences in politics and other areas can be smuggled in under the guise of official, expert knowledge. Often the experts are blind to their own biases and lack of objective justification, themselves guilty of the same errors they accurately perceive in others.

So it is with Allen Frances. His 2013 paper “The New Crisis of Confidence in Psychiatric Diagnosis” makes a case against “unpredictable overdiagnosis,” finding that “psychiatric diagnosis still relies exclusively on fallible subjective judgments rather than objective biological tests.” Frances chaired the task force that produced the fourth revision of the Diagnostic and Statistical Manual (DSM-IV), and has found fault with the current version, DSM-V, for (among other things) lowering the thresholds for diagnosing existing disorders and for adding new speculative disorders. And, as we have seen, he is properly critical of Bandy Lee and the tendency among his colleagues to medicalize politics. Ironically, however, Frances’ over-the-top remarks on the president made the expert seem just as ridiculous as his younger colleague. The impression Frances gives is that of a typical insular liberal intellectual who just doesn’t get it. Whatever one thinks about the president, he is a symptom of a dysfunctional political process. Many of the people who voted for Trump did so because they were fed up and wanted a political outsider, a change from the D.C. swamp. That Hillary Clinton, of the pay-to-play Clinton Foundation, manifestly was not. In his review of Twilight of American Sanity, Carlos Lozada dryly wrote that, for Frances, “America is delusional not just because it elected Trump, but because it doesn’t conform to Frances’s views on climate change, population growth, technology, privacy, war, economics and guns.” This obtuse conceit was on humorous display in Frances’ CNN appearance.

“Personal preferences in politics and other areas can be smuggled in under the guise of official, expert knowledge.”

Thus, he opined that

Trump is as destructive a person in this century as Hitler, Stalin, and Mao were in the last century. He may be responsible for many more million deaths than they were…. It’s crazy for us to be destroying the climate our children will live in. It’s crazy to be giving tax cuts to the rich that will add trillions of dollars to the debt our children will have to pay. It’s crazy to be destroying our democracy by claiming that the press and the courts are the enemy of the people.

Trump’s destructiveness, Frances thinks, is a function of his climate-change denialism. Later that day he tweeted:

Terrible damage Trump is doing to world climate at this global warming tipping point may be irreversable/could kill hundreds of millions of people in the coming decades. Many of them our children & grandchildren & their children. This is an existential crisis for humanity.

Climate-change denialism is indeed a dangerous folly. The planet should not be regarded as if it were some utopian playground whose resources cannot be exhausted, an approach that characterizes the right at its most shortsighted and irresponsible. But dealing with climate change—the human contribution to which is not certain—is an exceedingly difficult international political problem. And good luck getting nations to agree on what should be done. So far, nobody has been able to balance the need to remain or to become internationally competitive—particularly important for developing nations—with whatever changes need to be made with respect to how mankind lives, itself a highly contentious matter.

Comparing Trump to Hitler and the rest is as wildly implausible as it is boring and trite, so Frances has of course been taken to task. Louis Jacobson writes adroitly:

The death toll for each of the three 20th century dictators is subject to some disagreement and margin of error, but authoritative accountings suggest that each was responsible for the deaths of at least 10 million or more….

A 2014 World Health Organization analysis found that “climate change is expected to cause approximately 250,000 additional deaths per year between 2030 and 2050,” from such varied causes as heat exposure to the elderly, diarrhea, malaria, and malnutrition.

Using the 250,000-a-year figure, it would take about 40 years of Trump-related deaths from climate change to meet the low end of the Hitler and Stalin death counts. To reach Mao’s death toll of 42.5 million, it would take 170 years.

In early 2019, Andy Haines and Kristie Ebi, environmental and health specialists at the London School of Hygiene and Tropical Medicine, called the WHO calculation “a conservative estimate” in a paper in the New England Journal of Medicine.

But even if the WHO estimate is low, it’s clear that you’d have to stick Trump with the blame for many decades worth of global deaths from climate change to compete with Hitler, Stalin or Mao.

Is Trump solely at fault for climate change?

Even experts who decry Trump’s climate policies note that any future deaths will not be solely attributable to him.

The process has been underway long before Trump entered the Oval Office. In addition, countless other factors—from corporate policies to individuals’ own actions—have brought us to where we are today.

The rest of Frances’ comments are no better. Our colossal national debt is a grave problem, but the idea that “tax cuts for the rich” account for much of it is absurd and question-begging. It’s well-documented that liberal activist judges have thwarted the Trump administration’s immigration policies. The divisive liberal media have long been obsessed with the Russian collusion narrative, and increasingly depict the U.S. as a country founded on racism and incorrigibly racist to this day. It’s difficult, therefore, to take seriously a man who holds that it’s obviously beyond the pale to see the media and the courts as political problems.

Bandy Lee associates Trump’s policies with what she takes to be his personal insanity. Allen Frances associates them with the man’s evil, and thinks Americans are crazy for voting for him. The irony of criticizing Lee but then essentially applying her same critique to Trump’s supporters escapes Frances. However, like Lee, he evinces a blinding confidence in his own judgment, something that is pretty easy to do for someone who has been very successful in his field. Many philosophers are skeptical of or downright hostile toward psychiatry and psychology, and one good reason for this is that too few people in these disciplines ask themselves the vital question: How do I know what I think I know? Frances’ views on politics are superficial, and he would be hard put to show, in an objective sense, exactly what makes Trump evil, and support for him insane.

“Mental health experts” present themselves as being more knowledgeable about human nature than the rest of us. In this way they try to impose their will on others. Note that on July 23, the day before special counsel Robert Mueller appeared before the House of Representatives, Bandy Lee and several colleagues held an online confabulation to inform us, yet once more, that Donald Trump is unfit for office. Were any Democrat lawmakers watching? Lee and the others surely hoped so. According to George Washington University’s James Merikangas, rallies in support of the president are like the “Nuremberg rallies that Adolf Hitler had.” James Gilligan, of New York University, said Trump is “dangerous to an unprecedented degree in our history. What we are seeing is how he has succeeded in stimulating racial prejudice and a fear and hatred of immigrants, foreigners…. What I’m alarmed by is the effect he is having on the public.” In general, human beings are not very good at understanding perspectives that are contrary to their own, but easily equate these with what is “crazy,” “evil,” and so forth. Yet it is their irrational faith in the special truth of their own opinions that makes “mental health experts” so very dangerous.

Indeed, for decades psychiatrists, with their attention deficit hyperactivity disorder (ADHD) nonsense, have been pathologizing boyhood itself and doing considerable harm to boys. In January, the American Psychological Association’s Guidelines for Psychological Practice for Boys and Men essentially pathologized masculinity itself, a subject I covered in my Jan. 11 column. As a group, psychiatrists and other “mental health experts” are overwhelmingly liberal and female. They seek to define what is normal and healthy, and what makes one insane, and dangerous. It follows that they themselves are dangerous, especially for men and conservatives, against whom the group has a profound (unconscious) bias. And make no mistake, many of these persons want to use state power to control us.