Why I Don’t Have a High School Diploma 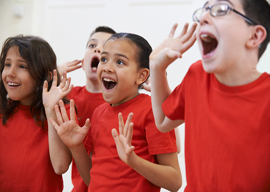 When Mike Wallace, the decaying corpse from that venerable CBS sleazefest 60 Minutes, profiled me in March 1994, the cadaverous charlatan described me as a “high school dropout.” His wording, like his reporting, was inaccurate. Strictly speaking, a “dropout” is someone who willingly withdraws from or abandons their schooling. I was not technically a dropout. That said, it is true that I have no high school diploma.

Bear with me for an anecdote. Don’t worry—I’m gonna circle around to something more current soon enough.

In my 85% black L.A. public high school, the theater department was my little kingdom, my duchy. Our drama teacher, we’ll just call him Mr. J, was a bitter alcoholic who never shied away from whipping out the bottle in front of students (considering that our school district also featured a teacher who tricked kids into eating cookies topped with his own semen, alcoholism was a relatively benign flaw by LAUSD standards). Mr. J’s booze problem made it easy for me to more or less take control of the class. Indeed, J was always happy to have his workload reduced (the joke is totally on me, though, as these days “drunkard’s fatigue” is perhaps the greatest Chinaman in my armor).

Mr. J did have one passion, one thing he really cared about: leftist politics. He took every opportunity to force his students to perform anti-Reagan scenes and playlets. Several times, I persuaded him to tone down his partisanship (J was white, but boy did he love then–presidential candidate Jesse Jackson), but mainly I indulged him. As long as I got the lead in whatever we did, I was fine with it.

The theater department was a safe space for the school’s Jewish students and white chicks. The Jewish kids were drawn to theater class not just because dancing excused us from having to take PE, but also because Jewish kids often grow up immersed in theater. We’re the ones who get dragged to Broadway musicals by our parents. We know the plays, we know the songs. By the time I was in high school, I’d seen Fiddler with Zero and La Mancha with Kiley. My classmates and I loved musical theater. It wasn’t work to us; it was fun.

We had several very talented black kids in the class, but we also had a few blacks who didn’t give a rat’s ass about theater. They took the class because Mr. J couldn’t fail someone for being a bad actor. As long as you showed up and “participated,” you were guaranteed a C, and compared with the alternatives for some of those kids, that was a great deal.

And we made it easy for them to loaf, because we didn’t want their illiterate asses in our shows. We were fine with them doing nothing, and they were fine with it too. Racial harmony!

“To a leftist, ability is assigned…just like gender. Nothing is natural.”

In my 11th-grade year, I decided to take a run at bringing home a trophy at the annual Drama Teachers Association of Southern California Shakespeare festival. The DTASC was a prestigious organization founded in 1920, and I saw a trophy as a kind of personal footprint that I could leave behind after graduation. I chose a scene from Twelfth Night, with me in the lead as the pompous, unlikable Malvolio (of course). Mr. J let me do the casting and directing. For my supporting players, I chose two Jews and two blacks. I chose them because they were the best for the roles. And we did bring home a trophy…3rd place.

That was Hamilton High’s first-ever Shakespeare trophy, and a year later, as a senior, I was determined to get 1st.

I went about casting the scene (this time from Much Ado About Nothing), and as I was preparing for my first rehearsal, Mr. J took me aside. “You have to recast,” he told me. I was taken aback. Mr. J giving me orders? Highly unorthodox. “You’ve got an all-white cast. This year, Hamilton is hosting the festival, and we need blacks in the cast, to show the value of our diversity.”

We had three black students that year, and they were all seat-warmers. The “easy Cs.” “I can’t do it,” I told J. “The black kids this year suck. It’s not about race; last year I used two black kids because they were good. We don’t have that this year. You wanna blame someone, blame L.A.’s 1968 black parents for birthing so many talentless oafs.”

Keep in mind, Mr. J was not doing this because of “community pressure.” The black “community” out here didn’t give a shit about Shakespeare. Neither did our loafing black students. The last thing they wanted was to spend a month being forced to recite Shakespearean English. These guys couldn’t even speak American English. But this was Mr. J’s leftism finally unleashed in a way that I could no longer control or channel. I told him that if he wouldn’t allow me to cast the scene, I’d refuse to do it. I’d sit out the festival. And I’d like to say that my decision was a political statement, but honestly, it was more about me not wanting to appear on stage in front of the best and the brightest drama students in Southern California, trudging through a scene with Mushmouth and Dumb Donald from Fat Albert as my supporting players.

I held firm. He couldn’t force me to do it, and he was too drunk to do it himself. So that year, the year we hosted the festival, we entered no scene.

And Mr. J failed me. I failed my duchy when I should’ve passed it, but I did not “drop out.” As I had drama for three of my five periods, those fails left me several credits short of graduating. It didn’t faze me; I despised the idea of college and never planned to attend. Within four years I’d be on national TV being interviewed about the Holocaust, so, you know, that “no diploma” thing didn’t exactly hinder me.

Okay, here’s the point of my anecdote (see, I promised a circle-round, didn’t I?). Bill de Blasio, a man as deserving of Ceaușescu’s fate as, well, Ceaușescu was, finally pulled the trigger on his latest and greatest plan to further dysgenicize the cesspool known as New York City. From now on, admission standards will be abandoned for all NYC public schools. Schools can no longer take into account grades, test scores, or attendance. Fifty-two percent of all seats, at all schools, will be reserved for students who are “low-income, homeless, or speak English as a second language.” The seats will be awarded via a “lottery.” These new rules even apply to Brooklyn’s William Alexander Middle School, a school that specializes in high-performing, high-IQ students. William Alexander used to be able to screen the Stephen Hawkings from the Beaky Buzzards, but no more. De Blasio’s theory is that loading William Alexander with half-wits will magically turn the low-IQ kids into mega-geniuses (as opposed to hindering the education of the kids with real promise).

If that’s not maddening enough, dig this: William Alexander is where de Blasio sent his own kids. And now that they’ve graduated, he’s pushing through the change.

Maybe one of my NYC readers (if I have any) will be kind enough to explain why this giant hemorrhoid in a Corneliani suit is not being chased down the street by an angry mob. As bad as we are in L.A., this would never fly here. Have New Yorkers simply stopped caring about their own kids? Are you guys that far gone?

Here’s where my personal story ties in: de Blasio is also forcing the new policy on Brooklyn’s New Voices School of Academic and Creative Arts, a middle school for artistically gifted children. New Voices will no longer be allowed to hold auditions…for a school that caters to students who act, sing, dance, paint, or play an instrument. Interestingly, as The Brooklyn Paper points out, New Voices doesn’t rely on test scores; it accepts children who excel in the arts, and the audition process is similar to that of a theater production, a choral group, or a dance company. As a result, The Brooklyn Paper notes, New Voices is already pretty diverse, as black students are admitted based not on standardized tests, but on abilities like singing and dancing.

But now, New Voices is being forced to abandon its audition process, and forced to accept 52% lottery-chosen students who get those seats solely because they are “low-income, homeless, or speak English as a second language.” In the left’s war on standards, this is a new low. It’s one thing to make the case that a good basic education in public schools should be available to students regardless of language skills or IQ. But this is a school that specializes in one specific field, and now it’s being forced to reserve over half its seats for kids who may have absolutely no interest in, or aptitude for, that one specific field. Acting, dancing, and singing are not necessary for a successful life. No one has to do that stuff unless they want to. Drama and chorus are called “electives” for a reason. They’re not like math and reading.

Who will benefit from this? When we speak of the “creative arts,” we’re talking about jobs that are among the lowest-paying in the world. The majority of struggling actors in L.A. work for what’s called “deferred pay,” meaning nothing. Zip. Nada. Why would you force homeless kids into an acting class? Acting is a profession that makes people homeless.

Of course, none of this is supposed to make sense, except from the perverse, mentally ill perspective of a leftist. Anything that dismantles standards, anything that attacks the very notion of standards, is good. The idea that we are not all equal in competence and aptitude, and that some excel where others falter, must be opposed at all costs. There’s no such thing as inborn talent; there’s only what government graciously grants you.

To a leftist, ability is assigned…just like gender. Nothing is natural.

The attack on New Voices is “Harrison Bergeron” in real life. Indeed, Vonnegut devotes much of that story to performing artists hobbled by restraints and tethered to the untalented. I read “Bergeron” in elementary school, and it made quite an impression. Maybe, subconsciously, that book motivated me as much as my vanity to oppose Mr. J’s “diversity” plan.

Little difference that makes now. Mr. J’s grand vision has won. Starting next year, every high-performing student at New Voices will be stuck in classrooms full of the kind of seat-warmers J tried to force me to cast. I don’t envy the kids who truly want to develop their skills…especially once they realize that the hell they’re going to go through in middle school is just a dress rehearsal for what the left has in store for them for the rest of their lives.