Why I’m Now Against Abortion 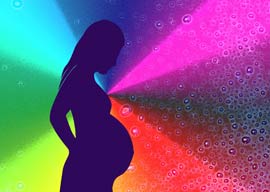 I despise moralism with every last corrosive drop of my stomach acids, and it’s hard to think of a subject that induces more howling moralistic outrage than abortion.

Moralistic arguments are never about facts, they’re about crushing your opponent’s windpipe to prove that you’re more humane than they are, because crushing someone’s windpipe isn’t inhumane so long as you can hide behind some “good” cause to justify it. These hysterically effeminate catfights are also about imposing your will on others, because, yet again, malicious coercion isn’t wrong so long as you can pretend that it’s done in the name of some unquantifiable greater good.

On both sides of the abortion debate—and the only honest way to frame those two sides is “pro-abortion” and “anti-abortion,” forget all the deflection about “life” and “choice”—the blue-haired caterwauling harpies tie themselves in pretzels with contradictions. Having to read their estrus-soaked barking requires exposing myself to the same screeching moralistic ululating that makes the very act of going online these days an exercise in bottomless masochism.

The pro-abortion side says it’s all about choice, neglecting to note that the father has zero choice in whether or not the mother gives birth or aborts, nor does he have a choice in whether he will be forced to pay child support for 18 years or go to jail. They over-amplify the issues of rape and incest, because such cases account for a scant 1% of all abortions. Therefore, in 99% of abortions, the woman had a choice whether to use birth control or keep her legs shut, yet she blithely chose to have unprotected sex. They talk about a woman’s right to exert control over her own body, neglecting to note that once she becomes pregnant, there’s a second body inside of her and its heart starts beating only a few weeks after conception. They deny abortion is murder because a 10-week-old fetus wouldn’t be viable on its own, but neither is a 10-month-old infant. In fact, I know several people well into adulthood, and even their dotage, who aren’t viable on their own. Many of them have no physical impairments yet still can’t manage to get out of bed before noon.

“It’s hard to think of a subject that induces more howling moralistic outrage than abortion.”

And the same self-hating nimrods who scream about how “Black Lives Matter” ignore the fact that black women kill their fetuses at a rate nearly three times higher than white women do. An estimated 20 million black fetuses have been legally killed since Roe v. Wade, yet this apparently doesn’t upset the same nincompoops who claw out their own eyeballs getting upset about the few dozen blacks that police gun down yearly. It doesn’t seem to ruffle their feathers that for every black person lynched in American history, since 1973 5,000 black fetuses have been exterminated by black women exercising their “right to choose.”

The anti-abortion side says they cherish the sanctity of life, yet they overwhelmingly favor other pro-death policies. They tend to support the death penalty and foreign wars. In a majority of cases, they fervently believe in a perpetually enraged God who says “Thou shalt not kill” but who ultimately snuffs out every last life he creates. They insist on the right of the unborn to be born, but once the baby comes careening out of the slip-’n’-slide that is its mother’s womb, they tend to allow it to sink or swim and can’t be bothered to raise it themselves. It doesn’t seem to worry them in the least that most women who opt for abortions come from low-income households, which means that the “sacred” life they demand for this child is likely to be filled with bleakness and dysfunction and addiction and doom.

Still, both sides scream until blood sprays out of their mouths that they are the good side and the other side is evil. They insist that they are the ones who represent love, while the other side is motivated solely by hate. Both sides engage in nauseating sensationalism: The pro-abortion side raises the specter of bloody back-alley abortions, while the anti-abortion side peddles snapshots of bloody fetuses cramped together in abortion-clinic garbage cans.

So which side is right? One of them has to be right, no?

No. Neither side is objectively right, because as I’ve been vainly trying to drill into your bulletproof domes for years, morality is entirely subjective, and I think the world would be much saner if you all came to grips with this basic and embarrassingly obvious fact.

The closest one can come to finding any sort of consistency in morality is that it tends to be a byproduct of evolutionary psychology—it’s good if it enhances my survival, and it’s bad if it threatens me. Beyond that, hardly anyone can agree on what’s good and what’s evil.

As with all moral arguments, what’s good and evil depends on whom you ask.

The mother who chooses to abort may do so because she thinks it’d be bad to be bogged down for nearly two decades taking care of an accident that morphed into a human. She thinks it’s bad to lose her freedom and to sacrifice her career.

The father who has no choice over whether the woman he impregnated chooses to abort the fetus may think it’s a good thing that he won’t be saddled with child-support payments until he’s nearly too old to work. On the flip side, he may think it’s a bad thing because he has the perfectly natural desire to procreate.

The fetus obviously doesn’t have a choice in it, but I doubt that very many of them would opt to be aborted if they were given the choice. They’d probably view the prospect of their own preemptive extermination to be the ultimate evil.

Last week, Alabama Governor Kay Ivey—who appears to have been born sometime around Millard Fillmore’s presidency—signed a bill that criminalizes abortion even in cases of rape or incest. Under the bill, only abortionists—and not the women who receive abortions—are subject to criminal penalties ranging from 10 to 99 years in prison. After signing it, Ivey said:

This, from a woman who supports the death penalty. Although many say that patriotism is the last refuge of scoundrels, I feel the same way about people who invoke God to support their policies. They’re bluffing. None of them have ever met God.

But just as the country is being ripped asunder ideologically and demographically, liberal states seem to be legalizing abortion up until the newborn child is 18 years of age, while conservative states seem to be enacting the death penalty for women who even think of having an abortion. And again, both sides appear convinced they are on the side of good and their opponents are the very incarnation of evil.

Five years ago I wrote an essay about abortion that contained the following passage:

I think it’s OK to murder a fetus. It’s at least ethically better than putting a child through the slow death of being unwanted.

But then I think about an ex-girlfriend of mine whose mother tried aborting her with an RU-486 pill long after she’d become aware she was pregnant. Her mother failed, but once this girl was born, her mother was aggressively sadistic and brutal toward her. This girl is now in her mid-30s and often suffers from crushing depression and loneliness, but despite a horrible breakup—she lost 40 pounds, while I cried for months—we’re still friends. Every once in a while we talk and are able to pull each other out of the darkest pits of despair. I’m glad her mother’s abortion attempt was botched, and in her case I am staunchly anti-abortion.

I’ve told the following story many times—some would say too often—but I’ll dredge it up once more because it’s apropos to the topic at hand. My older siblings told me that when my mother was pregnant with me, my father punched her in the stomach, hoping to abort me. And although my life has been not quite a golden bucket of sunshine, I’m glad my father failed.

In my case I’m against abortion—not to save the life of the mother, but because a failed abortion attempt spared the life of this writer.