Why Is Biden Creating His Own Crises? 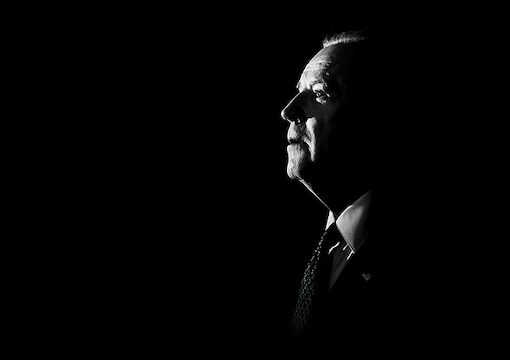 Our mainstream media largely ignored it, the world media did not.

Ascending the stairs of Air Force One on Friday, to fly to Georgia, President Joe Biden slipped and stumbled. Getting up, he slipped again and then fell. The scene was jolting and disquieting.

Adversaries abroad will use it as a metaphor for the decline of the last superpower to emerge from the Cold War.

And while our major media may scoff at it, there is talk all over this town about what appears to be the visibly declining physical and mental capacity of this oldest of American presidents at 78.

Biden’s press conference this coming Thursday — after the longest delay before a first full presidential press conference since Cal Coolidge — will be as closely monitored as Ronald Reagan’s second debate in 1984, after he seemed to suffer a mental lapse in his first debate with Fritz Mondale.

But now, after his legislative triumph with the enactment of his $1.9 trillion American Rescue Plan, Joe Biden has some new problems, all of his own making.

The COVID-19 pandemic he inherited, as Nixon inherited Vietnam in 1969. But Biden and the nation were fortunate in that, by the time he took the oath, two vaccines had been approved and the shots were being given to Americans at a rate of a million doses a day.

The new crisis on America’s border, however, with record numbers of children, teenagers and families arriving and asking for asylum, is almost entirely Biden’s doing.

By trashing Donald Trump’s border controls as inhumane and promising a more compassionate policy, Biden sent word to Central and South America and the world that the U.S. borders were open again. The result is what we see nightly on TV: Migrants crossing over into the USA in record numbers, with no end in sight.

“From Biden’s behavior in his first 60 days, we already seem fated to endure years more of deepening Cold War with Russia and China.”

What Gov. Andrew Cuomo did to the nursing homes of New York — send COVID-positive patients back into them — Biden is doing to the USA.

Of the thousands of illegal immigrants entering our country daily, few are tested for COVID-19 before being moved into the American heartland, carrying the infection with them.

How do you control a pandemic when our 2,000-mile southern border is a crossing corridor for thousands of infected every single day?

Biden’s people call this a “challenge.” But for the country, which seemed to be pulling out of the pandemic, it is a medical and security emergency and a national crisis.

Yet, it is not only on the domestic front that Biden and his people have created for themselves new and unnecessary crises.

Biden is only two months into his presidency but already has brought U.S.-China relations to the lowest level since the Tiananmen Square massacre of 1989. And he has brought U.S.-Russian relations to the lowest level since Nikita Khrushchev blew up the Paris summit of May 1960 over President Eisenhower’s refusal to apologize for the U-2 spy flight over Russia that the Soviets had shot down.

Biden is himself responsible for the poisoned relations with Russia, after telling ABC that, yes, Vladimir Putin is “a killer” whom he once told to his face that he had no “soul.”

In chilling relations with China, Secretary of State Antony Blinken has played the lead role.

Before taking office, Blinken publicly charged the Chinese government with “genocide” in its treatment of the Uighurs. He then opened the two-day Anchorage meeting with a two-minute indictment of China for its actions in Xinjiang, Hong Kong and Taiwan — and got back a blistering 20-minute Chinese counterattack. The thrust of Beijing’s response:

Xinjiang, Tibet and Hong Kong are Chinese national territories, and how we rule there is none of America’s business. Nor do you Americans have any superior moral claim or right to sit in judgment on us, given your own record with indigenous peoples and Black Americans.

Nor do you have any right to impose your democracy or values on us, when we prefer our system and our values. As for your claim to define for the world the so-called rules-based international order, we reject that, too, and intend to erect an order based upon our interests and our values.

So, stop trying to impose your democracy on us or the rest of the world which may not want it. The U.S. delegation can speak for the United States. It does not speak for the world, much of which openly rejects it.

By calling Vladimir Putin a “killer,” Biden seems to have aborted the kind of summitry with Moscow in which Presidents Eisenhower, Nixon, Reagan and Bush I engaged during the Cold War when the Soviet Union was a far more menacing and hostile power than Putin’s Russia is today.

From Biden’s behavior in his first 60 days, we already seem fated to endure years more of deepening Cold War with Russia and China.

To what end this Biden-Blinken in-your-face diplomacy?