Why Young Americans Are So Unhappy 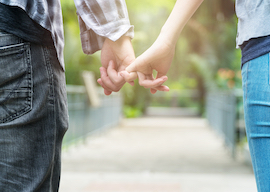 The general method, or rather hustle, of the Confidence Man Steven Pinker is to use evidence of greater material well-being to justify the value judgment that human life has never been better. Like everyone, I am all for material progress, but it should be known that, besides using dubious statistics and cherry-picked evidence (as Nassim Nicholas Taleb, David Bentley Hart, Phil Torres, and others have demonstrated), Pinker relies on a questionable, unargued-for premise: that material progress entails a superior form of life. As I noted in my polemical essay, “Steven Pinker’s Shallow Philosophy,” this rather Philistine assumption is not self-evidently true, and indeed, the problem with such an instrumental approach is that it can actually make life a lot worse.

We are learning that lesson today, when the young in particular are increasingly unhappy. W. Bradford Wilcox and Lyman Stone, two researchers at the Institute for Family Studies, write in a recent article in The Atlantic:

In 2018, happiness among young adults in America fell to a record low. The share of adults ages 18 to 34 reporting that they were “very happy” in life fell to 25 percent—the lowest level that the General Social Survey, a key barometer of American social life, has ever recorded for that population. Happiness fell most among young men—with only 22 percent of young men (and 28 percent of young women) reporting that they were “very happy” in 2018.

This situation has several causes, all social in nature. Marriage, friendship, religious attendance, and sex are all correlated to higher levels of happiness, and with the exception of friendship, these are in decline. Why? I think the short answer is what I will call the autonomy paradox. There are sometimes good reasons for rebelling against the mores of the past. There are sometimes good reasons for having greater individual autonomy. The trouble is that such changes tend to produce new problems, and are often averse to preserving social cohesion. We must then find ways to deal with those new problems, and to achieve greater social cohesion, nor will the past—or present!—necessarily furnish adequate means for these efforts.

“There is nothing in political liberalism or individual autonomy that can teach the sexes how to make relationships work. For that, they need tradition.”

Progress, too, has a way of producing unexpected problems and sources of unhappiness. Few people, for example, thought that contraception, no-fault divorce, or the internet would engender an instrumental approach to sex and love, and yet that is just what has happened. Increased freedom has meant increased selfishness, manipulation, and irresponsibility. Eros is a free-for-all, with the relations of men and women, in their bewildering autonomy, more and more resembling those of gay male culture. And though there are many people who want more from sex and love, not all of them know how to get it.

According to Wilcox and Stone, the primary cause of declining happiness among the young is less sex:

In other words, Americans are offsetting some of the lost community and companionship of spouses and churches with closer ties to friends. But those friendships don’t give young Americans the sex life that made previous generations happier.

Clearly, the United States is in the middle of a “sex recession.” Nowhere has this sex recession proved more consequential than among young adults, especially young men….

These dates are interesting. The first iPhone was released in 2007, and though internet dating existed before that, it has become much more popular since. Indeed, just as many young people prefer texting to talking on the phone, so they’d rather meet someone through the internet than in the flesh. There are many young people, in fact, who don’t even know how to meet potential romantic partners without the internet. A strange time, ours!

Like most goods, internet dating is a mixed one. On the one hand, it puts people in touch with those whom they probably wouldn’t meet otherwise, and there are people who end up happily married after having met online. On the other hand, for some people, the internet provides endless romantic options. It thereby produces a sensibility that, even if sometimes only unconsciously, regards others as so many objects to be used. The result is not only unrealistic expectations—since, after all, there’s always someone else out there, and of course you “deserve better”—but a destabilized sexual marketplace. Monogamy and marriage, to be sure, are not natural institutions—no wonder they’re so boring! They’re precarious, civilizational achievements. Hookup culture, as facilitated by Tinder and the rest, is highly destructive of them.

Why are young men faring so poorly in the sexual marketplace? Well, it serves Nature’s ends for women to be hypergamous, and the internet increases what might be called the cultural logic of female hypergamy. On internet dating websites, as in the rest of life, there are many more attractive women than high-status men, and it is these two groups that are the most successful. What’s more, the shallowness of the internet medium—where, like everywhere else, the main criteria for sexual market value are attractiveness and status—flattens people down to their most salient characteristics. On the internet, then, the general, dominant symbiosis between high-status men and attractive women is even greater.

Thus, “Women rate an incredible 80% of guys as worse-looking than medium,” says OkCupid’s founder Christian Rudder of his popular dating website. “The average-looking woman,” he continues, “has convinced herself that the vast majority of males aren’t good enough for her…. [It’s] women, not men, who have unrealistic standards for the ‘average’ member of the opposite sex.” In such a condition, with a great many women selecting a minority of men, many young men must lose out. Some will become incels or, even worse, devotees of Jordan Peterson.

“Unrealistic standards” are surely a major reason why women file for 70 percent of divorces—but not the only reason. Women still perform the majority of domestic tasks, even as they manage jobs and careers, like men. The result is an overwhelming strain on women, and though many people, in order to mitigate this situation, want men to do more around the house, research suggests that, on the whole, doing so makes men less attractive to women. Once again, dear readers, the autonomy paradox.

In “The Primitive Cruelty of Modern ‘Love,’” longtime English professor Tony Esolen writes about the college students he has observed over the years:

The triumph of undirected eros—old brute lust—has…wrought a new sadness in the world. Men and women now have almost nothing kind to say about the other sex. It’s not that they don’t love one another. They don’t even like one another. The girls, I’m told, see the boys as threats—the creatures who will hurt them, drug them, and have their way with them, cajole them into bed and then dispense with them; and the boys see the girls as manipulative, hot-and-cold, quick to accuse and blame, and, frankly, emotional roller-coasters after the high winds have struck and left the soul a looped and tangled mess.

These words from the Catholic sage’s 2013 essay seem more relevant each year. Published in the Dec. 11, 2017, issue of The New Yorker, Kristen Roupenian’s short story “Cat Person” generated much discussion, resonating with women in particular. In it Margot, a 20-year-old female college student, hooks up with a 34-year-old man named Robert. Having met at the movie concession stand where she works, they go on a date that ends in sex, which Margot doesn’t enjoy. She blows him off afterwards, but he continues to contact her, until finally her roommate sends him a curt text for her: “Hi im not interested in you stop textng me.” After Robert sees Margot in a bar with another man a few weeks later, he sends her several anxious text messages and calls her a whore.

Between that crudeness and the lousy sex, Margot was a very sympathetic character to women, who saw in her their own melancholy experiences with sex and dating. Yet despite the story’s ending, as the literary critic Anastasia Berg shows in her subtle essay on “Cat Person” in The Point, Robert—a nice but awkward guy—is actually a more sympathetic character than the many emotional and condemnatory reactions to him suggested. Although an impressive work of realism, “Cat Person” is too cynical on eros and, worse, simplistic and ungenerous in its characterization. For, as Berg writes, in fiction, as in life itself, it is not possible “to draw stable lines between good and bad characters, or pure and problematic ones.”

Still, “Cat Person” is of immense sociological interest. Margot, and Roupenian’s fictional world in general, is like the women Esolen describes, who see men as creatures who will hurt women, “drug them, and have their way with them, cajole them into bed and then dispense with them.” The male equivalent is found in the manosphere, full as it is of men who see women as “manipulative, hot-and-cold, quick to accuse and blame, and, frankly, emotional roller-coasters after the high winds have struck and left the soul a looped and tangled mess.”

There is more to romance than all this, thank God, but today it is no wonder that there are many people who feel otherwise. Born into a time that does not provide them with a tried-and-true guide for navigating the turbulent seas of sex and romance, many men and women naturally end up reacting to it with deep cynicism and bitterness and distrust. There is nothing in political liberalism or individual autonomy that can teach the sexes how to make relationships work. For that, they need tradition. Left to his own, with all his desires and fears and hopes, nobody is very wise, nor can anyone change the people on whom he depends. Pace Steven Pinker and his dazzling charts, it takes more than material progress, longer lives, and the spread of human rights for life to be worth living. Above all, it takes other people—people who are worth suffering for.

“Declining sex,” write Wilcox and Stone, “is at least partly about family and religious changes that make it harder for people to achieve stable, coupled life at a young age. If we’d like more young adults to experience the joy of sex, we will have to either revive these institutions or find new ways to kindle love in the rising generation.” I strongly agree, and yet am baffled as to how we might accomplish the two goods they describe in their last clause.