Why Are We Still in Korea? 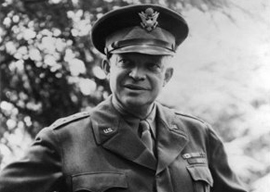 This writer was 11 years old when the shocking news came on June 25, 1950, that North Korean armies had crossed the DMZ.

Within days, Seoul had fallen. Routed U.S. and Republic of Korea troops were retreating toward an enclave in the southeast corner of the peninsula that came to be known as the Pusan perimeter.

In September came Gen. MacArthur’s masterstroke: the Marine landing at Inchon behind enemy lines, the cut-off and collapse of the North Korean Army, recapture of Seoul and the march to the Yalu.

“Home by Christmas!” we were all saying.

Then came the mass intervention of a million “volunteers” of the People’s Liberation Army that had, in October 1949, won the civil war against our Nationalist Chinese allies. Suddenly, the U.S. Army and Marines were in headlong retreat south. Seoul fell a second time.

There followed a war of attrition, the firing of MacArthur, the repudiation of Harry Truman and his “no-win war,” the election of Ike and, in June 1953, an armistice along the DMZ where the war began.

Fifty-seven years after that armistice, a U.S. carrier task force is steaming toward the Yellow Sea in a show of force after the North fired 80 shells into a South Korean village.

“Why, when the Cold War has been over for 20 years, do all these Cold War alliances still exist?”

We will stand by our Korean allies, says President Obama. And with our security treaty and 28,000 U.S. troops in South Korea, many on the DMZ, we can do no other. But why, 60 years after the first Korean War, should Americans be the first to die in a second Korean War?

Unlike 1950, South Korea is not an impoverished ex-colony of Japan. She is the largest of all the “Asian tigers,” a nation with twice the population and 40 times the economy of the North.

Seoul just hosted the G-20. And there is no Maoist China or Stalinist Soviet Union equipping Pyongyang’s armies. The planes, guns, tanks and ships of the South are far superior in quality.

Why, then, are we still in South Korea? Why is this quarrel our quarrel? Why is this war, should it come, America’s war?

High among the reasons we fought in Korea was Japan, then a nation rising from the ashes after half its cities had been reduced to rubble. But, for 50 years now, Japan has had the second largest economy and is among the most advanced nations on earth.