Why Assad Has Survived 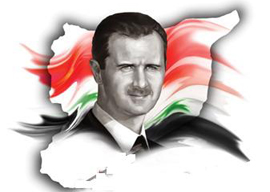 As I watched last week’s Western posturing after the Russo-Chinese veto of the UN Security Council’s resolution against Syria, Captain Renault of Casablanca fame kept coming to mind. Like the good captain, who was shocked to discover gambling was taking place at Rick’s Café (while pocketing his winnings), I was shocked that Uncle Sam’s Secretary of State and her British equivalent were so upset that the big bad Russkis and the tricky Fu Manchus could veto a resolution against the world’s worst man ever, Bashar al-Assad. Following the veto, ominous warnings were issued against the Syrian strongman by the fierce-looking William Hague—a Mister Clean lookalike who is reputed to have worn diapers until he was 16—and echoed by Hillary the Great, the only woman to have ever been cuckolded by Monica Lewinsky.

The reason for my shock was simple. Uncle Sam has been vetoing UN Security Council resolutions against Israel since the latter’s inception. And Israel has been bombing, strafing, and killing unarmed Palestinian protesters regularly and efficiently since then, too. So why is a Russian veto suddenly so objectionable? According to anti-Assad informants and the media which is excluded from Syria, more than 5,000 Syrian protesters have died in the last eleven months. I don’t have any figures in front of me, but I’d hate to list the hundreds of thousands of Palestinians that Israel has sent to Kingdom Come these last 64 years. Why does the US refer to Palestinians in Gaza and the occupied West Bank as “terrorists,” whereas they call the Syrians who oppose Assad “freedom fighters” or “protesters”? Can someone out there explain the difference to me? Don’t bother. I know it. Anyone who is against Likud and the illegal settlements is a terrorist or a terror apologist (and if they happen to be Jewish, they are self-hating Jews).

“What’s happening in Syria is not a revolution, it is a sectarian conflict. Syria’s Sunnis and Alawites hate one another more than they hate Assad.”

If the good Captain Renault was around last week he would have been doubly shocked that such beacons of democracy as Saudi Arabia and Qatar are screaming for Assad’s head. The so-called Saudi Foreign Minister Saud al-Faisal—I do not accept phony Saudi titles except those of Camel Driver in Chief, etc.—said, “It is not a quality of Arab leaders to kill their people.” Since when? Only eleven months ago the Saudis poured their tanks and half-tracks into Bahrain to protect another phony king, one who rules in favor of a rich Sunni minority and enjoys lording it over the impoverished Shiite majority.

The Qatari Emir, Khalifa Al Thani, demanded that Arab countries send troops to Syria to end the brutal crackdown. The Emir is a very brave man. It is said that when he was 18 years old he single-handedly skinned a baby kitten. The Qatari strongman owns Al Jazeera and uses it for protection against anyone who might get ideas similar to last year’s mass Tunisian delusion. Having the Saudis and Qataris threatening a military intervention reminds me of that famous pugilist Bill Clinton saying he wanted to punch Bill Safire after the latter had called Hillary a pathological liar.

What is the Syrian uprising all about? That’s an easy one. The Sunni Saudis are financing the Sunnis in Syria to get rid of the governing Alawite clique. The Syrian army is Alawite-led, the Alawites being a minority and an offshoot of Shia Islam. Get it? The Saudis fear Shiite Iran, which is helping Assad. The Sunni-led kleptocracies of Saudi Arabia and the Gulf are posturing and threatening war against Iran’s Shiites and Syria’s Shiite-Alawite regime. It is the game of nations, a fight between Sunnis and Shiites in reality, but I don’t expect many of the Super Bowl-winning team’s defensive linemen to understand it.