Why Democrats Lost the Redneck Vote 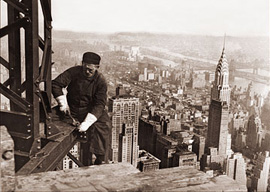 From Francis Fukuyama to Barack Obama to The New Yorker, nobody to the left of Joe Bageant seems to understand why poor white hillbillies prefer Republican oligarchs to the glorious rainbow coalition of the condescending. They wonder why the white working class lost the loving feeling they used to have for the Democratic Party.

Perhaps like a modern-day Squanto, I can help the lefties understand my tribe. I was born to the lower middle class and spent a couple of adult years living the life. I score a 63 in Charles Murray’s “bubble quiz,” which puts me into the “first generation middle class with working class parents” category. When I was a boy, people around me came from intact families, went to Catholic Church, knew people in the military, and worked jobs which soil the hands. They enjoyed pastimes such as deer hunting, mud bogging, and backyard wrestling. We were dimly aware of a hostile tribe in the nearby college town. These were folks who drank coffee with foam in it, who thought so little of the average hayseed that they would walk out in front of a moving pickup truck. The latte-sippers didn’t control the Democratic Party in those days: Working-class white men such as Tip O’Neill did, and everyone in my town voted for the Party of the Working Man.

The latte tribe insists that working-class peckerwoods are voting against their economic interests when they vote for Republican candidates. This may be true, but it doesn’t mean that voting for the tax-and-condescend party would be a vote for the economic interests of the world’s Archie Bunkers. NAFTA was a Clinton Administration achievement, after all. Why should Archie vote for the Meathead party that shipped his job to Mexico? Economists of all political stripes have also noted that low-income working families tend to pay an appreciable portion of their earnings in taxes. Maybe they get it all back in “services” somehow, but the working poor notice how the non-working poor live off the state without doing any work. They take it personally that working harder is penalized while left-wing policies reward being lazy and dependent. Palefaced plebeians also dislike the latte-tribe concept of “white privilege,” which says the Obama daughters should be given legal preference over poor white kids.

The latte tribe are rabid tub-thumpers for the current immigration tidal wave. Mass immigration is very obviously against the interests of all working citizens who aren’t government bureaucrats. Why do we need a million legal immigrants a year when the U6 unemployment rate stands at 15%? The sweatshop wing of the Republican Party is also pro-immigration, but at least the Republicans aren’t completely hostile to citizens who would prefer we have fewer immigrants. Modern Democrats think those who aren’t so enthusiastic about the immigration tsunami are evil irrational racists rather than folks who are looking after their self-interest.