Why Egypt Is Silent 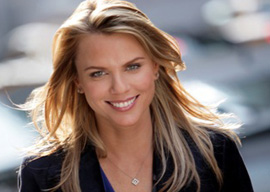 Why, you ask? Is it because peace is restored? (Hardly.) Is it because democracy has won? (Highly dubious.) Is it because more interesting events are developing elsewhere? (Plausible, but incorrect.) Is it due to simple boredom? (Not particularly.)

No, the real reason Egypt is finished in the media is a single white female.

If you have not heard, CBS Chief Foreign Correspondent Lara Logan was gang-raped by 200 or so Egyptian men in the moments following Mubarak’s abdication. They were celebrating, you see.

But to read the inevitable after-effect of media censorship over the past several days she was not raped, she was “sexually assaulted,” which soon became simply “assaulted.” Given enough revisions, one wonders whether she will have merely been insulted.

What does this nearly unimaginable bestiality have to do with the cessation of reporting from or about Egypt? Everything.

Since we are all not merely equal but identical, then no one (anywhere) is inferior.

“Getting a dictatorship overthrown is a simple task when compared with rousing a docile Westerner.”

Lara Logan looks like a good many Westerners, though she’s much more attractive than many of us. She could be our sister, our daughter, our mother, our grandmother, our neighbor down the lane. Lara Logan embodies Western womanhood.

And when Western womanhood is gang-raped by dark people, networks become very nervous.

Networks would prefer that viewers not think. It may lead to the conclusion that television viewing is itself the antithesis of thinking. Networks enjoy it when viewers absorb, and most of the time we do.