Why Is The World Getting Dumber? 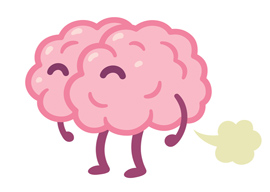 I hate to concede the possibility that Bob Dylan was ever right about anything, but I will not deny that the times they are a-changin’. Still, what neither Dylan nor anyone who finds him remotely worthwhile seem capable of conceding is that the times may be a-changin’ due to the fact that the IQs they are a-droppin’.

IQ tests over the past two decades show that people are getting dumber, and researchers are stupidly trying to blame this on everything except genetics.

I believe that the fundamental political/philosophical/cultural question—the one that cuts through all the nonsense and rushes straight for the jugular—is “Are people equal?”

It seems obvious to the point of slapstick comedy to me that people are most decidedly NOT equal. All of the evidence suggests that people are wildly unequal, not only within their specified groups, but especially between groups, a statistical fact that Lewontin’s fallacy tried and failed to obscure.

But the leftist brain is torch-welded to the idiotic idea that although evolution might be real, we all somehow mystically wound up gloriously equal anyway—only with different colors—and that all disparities in things such as longevity and income and technological innovations can neatly be blamed on HATRED, which is a childish and factually preposterous idea that far too many intelligent people swallow because their emotions and need for social approval tend to override their intellect because they are all basically girls despite whatever gender they may have been assigned at birth.

“IQ Scores Are Declining And The Environment Is To Blame, New Study Finds” belches an uninformed and misleading headline from CBS Sacramento that was nearly identical to dozens of similar headlines regarding a study released last Monday.

“IQ tests over the past two decades show that people are getting dumber, and researchers are stupidly trying to blame this on everything except genetics.”

A CNN story fairly exults in the deluded notion that this new study completely discredits the idea that IQ and genetics could possibly be related:

Researchers have long preferred to use genes to explain variations in intelligence over environmental factors. However, the new study turns this thinking on its head.

And Reason magazine—which is sold out to irrational egalitarian propaganda—says this groundbreaking new study “tends to rule out dysgenic fertility or immigration as significant explanations for falling average IQs.”

The study in question is called “Flynn effect and its reversal are both environmentally caused,” which is more of a definitive statement than traditional title, but that’s what the authors called it, so I suppose they’ll have to support that statement…right? The authors, Bernt Bratsberg and Ole Rogeberg, appear to be of Norwegian ethnic derivation but could hardly be mistaken for Vikings, if you catch my drift.

In case you were unaware, the “Flynn effect” refers to a pattern noticed by James R. Flynn that global IQ points rose about three points per decade from 1932 to 1978. Many viewed the Flynn effect as conclusive evidence that IQ is not hardwired and is far more influenced by things such as nutrition and education than it is by one’s genes. These same people never bothered to explain, though, that while black and white IQs tended to be rising, a stubborn gap between the two groups persisted through it all.

However, about twenty years ago, the Flynn effect appeared to suddenly halt and to the shock of progressives who view history as an endless march forward, IQs started to decline in several industrialized nations.

Such downward IQ trends have been noted in England, France, Denmark, Finland, the Netherlands, Estonia, and Norway, the latter of which is the only country examined in this new study. (It beggars belief, but IQ tests have yet to plummet in the USA. Take a deep breath; I promise it’s coming.) In European countries that had seen an unceasing increase in IQ scores from the early 1930s all the way through the mid-1990s, the scores began free-falling. Something was tragically wrong all of a sudden, just like Cliff Robertson’s character in the film Charly where, to his horror, a retarded man’s brain surgery that had temporarily made him a genius slowly starts to fail and he lapses once more into hopeless retardation.

A main problem with the study—which should be obvious to anyone who actually purchased it and read it, as I did—is its extreme specificity. It focused only on male Norwegian Army soldiers spawned by two natural-born Norwegian parents between 1962 and 1991. It found that IQs peaked among soldiers born in 1975 and then began a slow decline. Therefore, it contains absolutely no comparisons between ethnic Norwegians and immigrants to Norway, the latter of whom are predominantly non-Western and now comprise 13% of the country’s total population.

Even though the study allegedly “concluded” that environmental factors were to blame for this trend, it did not conclusively identify any of these factors nor did it offer any statistical evidence for why these factors negatively affected IQ. There’s some vague insinuation that maybe kids these days are playing too many video games, but that’s truly as far as these “researchers” dig into the root cause.

Throughout the text of their study, Bratsberg and Rogeberg don’t waste a single opportunity to suggest that since their results show a decline of scores within individual families, this somehow proves that average scores couldn’t possibly be different between ethnic groups. But their study doesn’t even allow for such comparisons because it excludes nonwhites, which conveniently spares these two Nordic knuckleheads from having to confront what is likely some emotionally uncomfortable data. In short, all the study shows is that IQ scores have been dropping among male ethnic Norwegian Army members. We don’t know if they’ve been dropping among nonwhite Norwegians, nor if there’s a huge gap between the two groups’ mean IQs, because we are not made privy to such data.