Why Obama is Good for England 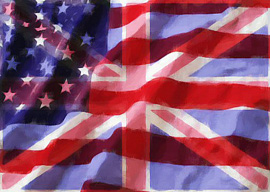 I can understand that American conservatives and libertarians are upset at Mr. Obama’s reelection. It means another four years of government by someone who wants to make their country into a Third World dump. But my view as an English libertarian and conservative is that he is very good news for England.

First, he openly hates England. This reputedly has something to do with an ancestor in Kenya who may have been roughly treated when he took up arms against the Queen. Whatever the case, it is a welcome change from traditional American Anglophobes such as Franklin Roosevelt and George W. Bush.

The idea of a special relationship between Britain and America is a delusion confined to the British ruling class. The true relationship is one based on longstanding American hatred of England. This hatred showed itself prior to 1914 as resentment of British global hegemony. Since then, it has shown itself increasingly as patronizing contempt. While Britain remained an independent power, it was American policy to destroy our naval power”the Washington Naval Treaty of 1922, for instance. Otherwise, it was to undermine our position in the world”for instance, the stab in the back at Suez. Once we had been broken to American control, the policy shifted to one of using our home territory as an unsinkable aircraft carrier against the Soviet Union and the use of our armed forces as sepoys in American-led wars.

“Take away America, and the New World Order becomes a fading ghost.”

The American self-image is largely defined by Anglophobia. Americans may fear or feel guilty about the descendants of their black slaves. They have periodic episodes of paranoia about the Yellow Peril. But their real hatred is for England. There can be only one successor state to the British Empire as it existed in 1763. There is no room in the American mind for a continuation of the historic England as an independent and powerful entity.

Every Fourth of July brings a fresh crop of hot air about “British tyranny” that the American film industry reinforces. English actors are mainly employed to play villains or buffoons. When not shown as individual psychopathic killers”Alan Rickman, Charles Dance, et al“we are shown as oppressors of the Irish or the Scotch or the American colonial rebels. (See films such as Michael Collins, Braveheart, or The Patriot.) Otherwise, Wilfrid Hyde-White and Alan Napier were allowed to make careers as plumy-voiced eunuchs. The James Bond films are tolerated so long as he and his employers are shown as junior partners in whatever crusade is uppermost in the American mind.

Actual American policy toward England has been ruthless. Enoch Powell always said that the Americans murdered Airey Neave in 1979 when it looked as if the next Conservative Government would take effective action against the Ulster’s Catholic rebels. I believe the Americans bribed or blackmailed the Conservatives to lose the 2001 and 2005 general elections because Tony Blair was seen as more reliably pro-American. It was nothing to them that Tony Blair was the most malevolent and destructive prime minister in British history. American regard for our ancient constitution was shown when they procured the 2003 extradition treaty that allowed British citizens to be shipped off for trial in America without any of the traditional safeguards. It is also shown by current American pressure on the British government to hold certain trials in secret.

This campaign of hatred has so far proceeded under a mask of cloying regard for a “common Anglo-Saxon heritage.” Mr. Obama has ripped that mask aside. It is much easier to deal with open hatred. It disabuses everyone of the notion that there is any bond of affection between our countries. It encourages the reassertion of our national independence.