Why the Reagan Democrats Departed 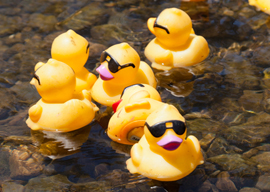 On Nov. 3, 1969, Richard Nixon, his presidency about to be broken by massive antiwar demonstrations, called on “the great silent majority” to stand by him for peace with honor in Vietnam.

They did. Within days Nixon’s approval surged to 68 percent. The ferocious Republican partisan of the 1950s had won over millions of Democrats.

Why? Because sons and brothers of those Democrats were doing much of the fighting in Vietnam. If Nixon was standing by them, they would stand by him.

Yet since Reagan went home, Democrats have won the popular vote in five of six presidential elections. The New Majority is history. The Reagan Democrats have departed. What happened?

Answer: For a generation, when forced to choose between Middle America and corporate America, on NAFTA, most-favored nation for China, and free trade, the GOP establishment opted to go with the Fortune 500. In the GOP the corporate conservative rides up front; the social, cultural and patriotic conservatives in the back of the bus.

“The New Majority is history.”

Consider who has benefited most from Republican-backed globalization.

Was it not corporate executives and transnational companies liberated from the land of their birth and the call of patriotism?

Under the rules of globalization, U.S. corporations could, without penalty or opprobrium, shut their factories, lay off their U.S. workers, erect new plants in Asia, produce their goods there, and bring them back free of any tariff to sell to consumers and kill the U.S. companies that elected to stay loyal to the U.S.A.

They then used the profits from abandoning America to raise executive salaries to seven and eight figures.

And how did the Reagan Democrats make out?

Real wages of U.S. workers have not risen for 40 years. One in three U.S. manufacturing jobs vanished between 2000 and 2010. The nation that used to produce 96 percent of all it consumed depends now on foreigners for the clothes and shoes we wear, the TV sets we watch, the radios we listen to, the computers we use, the cars we drive.

A nation that used to export twice what it imported has been running huge trade deficits for decades. China now holds $1 trillion in U.S. debt and can buy Smithfield hams out of the petty cash drawer.

With 50,000 U.S. factories closing in this new century, the greatest manufacturing power in history has been hollowed out, as Beijing booms at our expense. Corporate America is building the new China that is pushing Uncle Sam out of the western Pacific.

“Where did the ‘America’ in corporate America go?” asks Robert Patterson in National Review.

The Bush aide hearkens back to “Engine Charlie” Wilson, Ike’s first secretary of defense, who said, “For years I have thought what was good for our country was good for General Motors and vice versa.” Wilson’s words were twisted by a capitalist-baiting press, but he saw GM as first and foremost an American company.