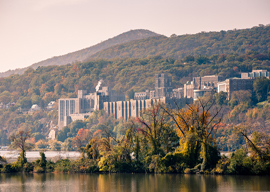 What news can one report from the Home of the Depraved after the church shooting in Texas, one that included babies and children and eight members of one praying family? It is almost too hard to fathom. I’ve been here six weeks and three mass-murder sprees have taken place, two by deranged male shooters, the other by an Allah disciple from Uzbekistan who unfortunately survived a cop’s bullet and demanded an ISIS flag be raised in his hospital room. Nice.

At least that ghastly man Jann Wenner has not yet plastered the Uzbek scumbag on the cover of Rolling Stone, the way he did after the Boston Marathon massacre, when he exhibited the Chechen murderer on the cover and wrote that he looked like a typical American teenager. It takes a very sick mind, and Wenner sure has one, coupled with great greed, to put a mass murderer on the cover and present the killer almost sympathetically. I used to know Wenner, and now I read how he took the writer Ben Ryan back to his house under the pretense of giving him an assignment and sexually attacked him. Wenner is one bad dude.

And bad dudes seem to be everywhere nowadays. There is so much violence in movies and on TV, and even more in those stupid video games, that it’s almost normal that there is so much violence. And so much hate. Don’t forget that after the Las Vegas massacre, a CBS female executive tweeted to a friend that she didn’t feel bad because the victims were “country music lovers and that made them Republicans.” (She was fired for it.) But she sure let the cat out of the bag, an educated television executive disregarding the mass murders of innocent people because they were Republicans. The story hardly got any coverage, as bicoastal elites do not pile on when one of them makes a gaffe.

“Two very large double Bloody Marys on an empty stomach at 10 in the morning did the trick.”

How can one stop violent movies, unbridled savage TV, and ultraviolent videos? Easy, just the same way they stopped portraying minorities as monosyllabic Stepin Fetchit servants: with a little bit of will power. Of course, leftists will scream about the loss of artistic freedom and the meaning of obscenity, but when was the last time the left got it right? People watch screens all day and violence begets more violence and something must be done. But absolutely nothing will be done. New York City just reelected the most useless mayor ever, and it looks like the bad old days will be back, “badder” than ever: unchecked crime, racial tensions, and fiscal anarchy. One can see it get worse every day, as bikers do not respect the rules and speed on sidewalks, cops avoid high-crime neighborhoods as they are not allowed to frisk on suspicion, and soon the place will be inhabited by those who live off the public payroll or are on welfare, and Chinese billionaires who mostly stay way up in their ghastly glass penthouses, thank God.

This is the lousy news. The good is that I went up to West Point on Armistice Day for a football game, one that Army won, and watched the long gray line of cadets, among the best and the brightest and the most decent men and women in America, parade. It was like taking a very good shower after wallowing in shit for six weeks. Major Chuck Pfeiffer, a 1965 graduate of West Point and winner of two silver stars in the ’Nam, was my host. We were four very old and good friends: Chuck; Richard Johnson, a Post columnist; Michael Mailer, the only moviemaker who takes his pants off in the privacy of his bedroom; and yours truly. There was brilliant sunshine, but it was colder than a witch’s tit. Chuck was in an ebullient mood and had asked us to wear coats and ties because there were generals galore who had expressed a desire to meet us. Once at the Point, our flimsy suits were absolutely useless, so we decided that the George Patton taproom might fortify us enough to withstand the aeolian attack. We shoulda stood in bed. Two very large double Bloody Marys on an empty stomach at 10 in the morning did the trick. Staggering among the cadets, I approached a military police officer, a woman, and demanded she arrest me. “You’re awfully cute,” I told her, “please handcuff me.” She shrieked with delight and asked us where we were from. I suppose that’s what proper women do when they receive a compliment. In Hollywood they call a lawyer, in West Point they smile and wish one a good day.

More troubles followed. During halftime a flag that covered the whole 100 yards of the football field was unfolded, and the band played the most rousing version of “America the Beautiful” I have ever heard. The four of us sang louder than 2,400 cadets, or so it seemed. It was the pinnacle of the American spirit. As Michael said, the trouble with patriotism is that it has been warped into political purposes. Not last Saturday in Highland Falls, at West Point, school of Patton and Grant and MacArthur and Eisenhower and the greatest of them all, Robert E. Lee. Needless to say we were in no shape to meet top brass, so we beat a hasty retreat. By the time we got back to the city we looked like survivors of Pickett’s Charge at Gettysburg. So we opened some fresh wine, followed by tequila and ending with vodka. America is beautiful, especially at West Point.