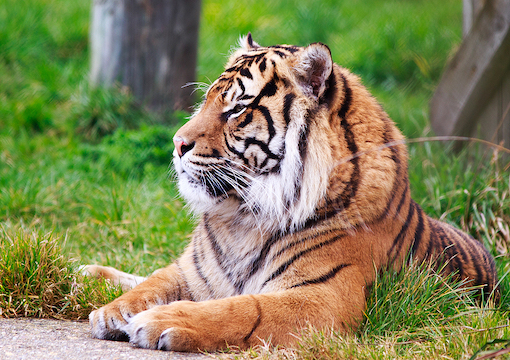 There is something that has been bothering me of late, and that is my total lack of schadenfreude. The malicious pleasure over someone’s misfortune never counted a lot, but it’s now totally absent, and it worries me. Take for example the case of John Bercow, the preening popinjay show-off whose physical stature matches the respect he earned as Speaker. I can’t think of anyone I found more irritating, unfair, and unfit for high office, yet now that he has been branded a liar, a bully, and someone unwelcome even at Annabel’s, I feel no particular joy. His pompous self-regard brought on his comeuppance, but I have been denied the pleasure that Gore Vidal once described as ultimate, that of seeing someone fail, and fail spectacularly.

Mind you, I’ve never met Bercow, and if I had I’d most likely not be writing this, but such are the joys of getting old, schadenfreude is among the first to go. Yet looking back, I can’t think of many characters falling on their faces that made me happy. Even on March 5, 1953, when Joe Stalin croaked, I was too busy worrying about the boy I was to wrestle that afternoon in the 133-pound class. Ditto when Andreas Papandreou bit the dust, I figured he sort of meant well for lefties, after all. In Robert Maxwell’s case, however, all bets are off. His daughter Ghislaine is paying for her father’s sins, or so it seems, because however immoral she may be, she was yet one more Epstein victim.

“We ache for things or people, and once we have them…nothing.”

Anyway, if we’re all going to be judged by what we leave behind, I’m the last one to talk. I used to work myself into a conniption whenever Bercow was pictured with his wife, the ostentatiously uxorious con man rubbing me the wrong way, and now I cannot even feel the tiniest of pleasures. We humans are a strange bunch, an infinity of complexity—messy, irrational creatures. We ache for things or people, and once we have them…nothing. Actually, as we get old we become caricatures of ourselves, a complicated system of neuroses and complexes.

Never mind. The vastness of people’s egos is hard to overstate. I had lunch with John Aspinall’s grandson Orson Fry last week, probably the best-looking young man in London making the rounds. But don’t get your hopes up, dears, he’s in love. Orson is planning an oral history of his grandfather, and it’s about time. Aspers was the most extraordinary man I’ve ever met, his expertise of nature and animal life matched by no one. Yet he’s known for being a friend of Lord Lucan’s and for his gambling casinos. Aspers could wipe the floor with most profs about wildlife and nature, and his historical knowledge would make Maurice Bowra flinch. He presented a caricature of himself on purpose to punters, but I had seen him in action with experts. He once invited Virginia McKenna to Howlett’s and she was uncertain. She believed animals should be born free. But once she saw what he had created, with wild animals free to roam and reproduce, she became a fan. Aspers gave two balls at Howlett’s and Port Lympne that put to shame other, more famous parties given in Venice and Paris during the ’50s. Envious uninvited hacks wrote that they resembled Nuremberg rallies. That they did. When he bought Port Lympne he showed me the visitors’ book, where Diana Cooper had written in the ’30s to the then owner Philip Sassoon: “Dear Sir Philip Baboon, hope to see you Sassoon.” Apparently, Sir Philip was hairy.

Those were the days. I seem to be saying that quite a lot lately. Especially as most of my old London haunts have done a runner, although two riotous lunches chez les Bismarcks brought back pleasant drunken memories, and a Pugs dinner with our president Prince Pavlos over for his uncle Philip’s Thanksgiving memorial completed a perfect week. As I’ve always insisted, Poland and Hungary are the two best nations of Europe, and they’ve proved it once again by keeping 25-year-old male migrants from Iran and Iraq out and allowing 2 million female and child refugees from Ukraine in. Typically, the useless and cowardly E.U. chose this time to penalize Poland for favoring its own laws over those of unelected bureaucrats in Brussels, but what else can one expect from Brussels but cowardice and bullying? The only thing the Poles need to do is return Adam Zamoyski’s passport because he is a national treasure, and I’m sure they will. Last week I went to the Polish club for a book launch and met the author, Robert Gary Dodds. He has written an extraordinary book, The Life & Times of Alexander Hamilton—Two Apples That Fell From the Same Tree. There’s a forward by the Duke of Hamilton, and as I began reading it I thought back at the book I had just finished, a crappy Hollywood saga about an unpleasant family that traces three generations as if that were a great achievement. I suppose in Hollywood it is. The Hamiltons helped shape Britain, as did the great Alexander Hamilton shape the US of A, since 1185, a genealogy incomprehensible in most countries. Although Alexander Hamilton was a federalist, he was a great patriot and also a terrific womanizer. He died in a duel with Aaron Burr, a real shit and vice president of the U.S. Vice presidents have not improved since.