Will Americans Submit to a Second Lockdown? 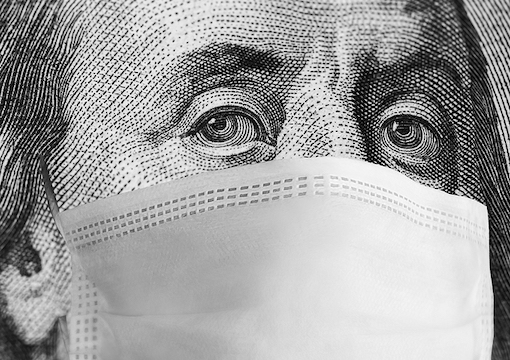 On March 24, President Donald Trump said he wanted the country and the economy “opened up and just raring to go by Easter.”

Easter came and went. And Trump was mocked for being aspirational and unrealistic. Yet, with Ascension Thursday at hand, 40 days after Easter, the president seems to have been ahead of his time.

The country, as a whole, is, and has been, opening up. Sunday’s New York Times reports that, for weeks now, more than two-thirds of the states have been relaxing restrictions as Trump had urged.

The reasons: weariness with the lockdown and sheltering in place, a growing belief that the worst of the pandemic is behind us and undeniably positive news from several fronts in the coronavirus war.

The facts suggest a positive trend. The number of newly confirmed coronavirus cases in the U.S. has been dropping for a month. The number of deaths has fallen from 2,200 a day in April to closer to 1,400 a day in mid-May. Several days last week recorded fewer than 1,000 deaths, an awful toll but a clear improvement over April.

As of Friday, the rate of new cases of the coronavirus was declining in 19 states and rising in only three. New Orleans and Detroit have seen sharp drops. The number of new cases in New York, Massachusetts and Rhode Island has dropped. New cases in Cass County, Indiana, and Sioux Falls, South Dakota, where meatpacking plants had seen outbreaks, have declined.

“Clearly, the opening in many states has been driven by popular protest and public demand.”

“On eight of the past nine days,” said the Times, “there have been fewer deaths announced than there were seven days prior, indicating that the virus toll appears to be easing. More than half of the 24 counties that have recorded the most coronavirus deaths, including Oakland County, Mich., and Hartford County, Conn., are seeing sustained declines.”

Still, the thrust of the Times article was about the new crisis we will be courting, should we try to resume normal activities too soon. Do that, says the Times, and we could easily forfeit all the progress we have made.

Message: Social distancing, sheltering in place, wearing masks, working at home — the practices that broke the back of the pandemic — should be sustained for those able to do so.

Clearly, the opening in many states has been driven by popular protest and public demand. Crowds have ignored social distancing to demonstrate for an end to the shutdown. Protesters have refused to wear masks and engaged in the time-honored practice since the ’60s of civil defiance and disobedience.

The protesters seem to be saying: We deplore the losses and know the risks, but we cannot live our lives behind closed doors in our homes until the elites tell us, as though we were children, when we may go out in the yard.

Hence, the next question we are all likely to confront:

If there is a sudden resurgence of the coronavirus, a second wave, and the media elite and blue state governors demand a new shutdown, a new closure of beaches, parks, shops, restaurants and churches, will the people of this republic comply with those demands or defy them?

Will the nation answer back to the elites: We did that. We sheltered in place. We wore the masks. We socially distanced. We stayed in our homes. We stayed home from work. We have done all we were told to do to contain the virus. But, now, with the shutdown having put 36 million Americans on unemployment and sunk our GDP to Depression-era levels, we’re going back to work.

The political divide has already begun to appear.

Among those making the case for ending the shutdown and reopening the country and economy will be Trump, red state governors like Ron DeSantis in Florida and Brian Kemp in Georgia, conservatives in Congress and populists.

The proponents of a second shutdown will be liberal governors and mayors, the mainstream media and the Nancy Pelosi wing of Congress.

It should not go unmentioned that the latter’s political interests are best served the longer the shutdown endures and the worse the economic situation on Nov. 3. If the economy has failed to begin a robust recovery by fall, the greater the odds that Joe Biden wins the White House.

Yet, even if the pandemic returns in the fall, the establishment cannot keep the country closed indefinitely.

Prediction: If the people conclude they have done all they can do to mitigate the suffering from a virus they cannot eradicate, they will resist the imposition of another shutdown, and the establishment will have neither the will nor ability to push them back into their homes.

Ultimately, the people will decide when this shutdown ends, and when a plurality so concludes, the elites will be swept aside.