Will COVID-19 Retire the World’s Policeman? 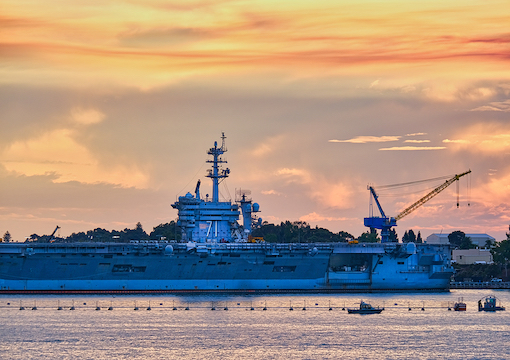 For declaring in March that the U.S. economy might be reopened by Easter, President Donald Trump was roundly mocked.

Yet, it appears his political instincts were correct. He was more in tune with his country than were his critics.

The governors may disagree on the timing, May 1 or May 15, but most agree with Trump. America cannot remain shut down for months without lasting damage to the livelihood and lives of millions of citizens who are about to be shoved into a new Great Depression.

However, something just jolted the gathering consensus over the need to reopen soon. Tuesday and Wednesday, the U.S. set records for the numbers of fatalities from the virus. Tuesday it was 2,364 dead, the following day 2,371. That put the national casualty total above 30,000.

“The Wuhan virus appears to have become the most effective means of disabling U.S. hard and soft power that we have encountered in many a decade.”

The ominous implication: If this 2,300-dead-per-day figure is near the new normal, we would surpass the 61,000 fatalities projected for the duration of the pandemic — in two weeks!

What makes COVID-19 worse than the flu?

The coronavirus is more easily transmissible. It is more savage in how it maims immune systems. It is more lethal, killing far more of the infected than the regular flu, though we do not know exactly how much more lethal. For we have no hard number of those who carry or have carried the virus asymptomatically.

Nor do we know whether having survived COVID-19 renders one immune to a new infection. Since the medical experts are predicting a second wave of the virus in late summer or fall, this is no small matter.

And seeing what happened on the carrier Theodore Roosevelt, the coronavirus could have a major impact on U.S. global commitments.

Americans were already coming home from the Middle East, drawing down our 12,000 troops in Afghanistan after a deal with the Taliban, and moving our 5,000 troops in Iraq into fewer bases.

We have disengaged from the Saudi war against the Houthi rebels in Yemen and are drawing down our forces in Syria.

In Libya’s civil war, it is Russians, Turks, Egyptians and Gulf Arabs, not Americans, who are the supporting actors.

American soft power is also in retreat from the world.

Some 10,000 Peace Corps volunteers have been brought home. Scores of thousands of U.S. citizens have been repatriated by the State Department. We have shut the door to Europe, China, the world.

What now becomes of the U.S. geostrategic “pivot,” the shift of planes, troops, ships and bases from the Middle and Near East to the Indo-Pacific theater to contain a rising China?

And contain China with what?

The Roosevelt has been ravaged by the coronavirus. As of Tuesday, 589 cases of COVID-19 were reported from a crew of 4,800. Four thousand sailors in Guam are in various stages of a 14-day isolation period in hotels and spare rooms across the island.

But it is not just the Roosevelt. Every U.S. warship — carriers, cruisers, frigates, destroyers, subs — has cramped quarters conducive to the spread of the coronavirus.

How many of these vessels will soon be doubling as hospital ships?

The same question might also be asked of the U.S. Army and Marine barracks in South Korea, Japan, Australia and Okinawa.

There are allegations that the coronavirus did not originate in the Wuhan “wet market” where bats are sold for food but instead escaped through a horrible blunder in a Chinese bioweapons laboratory a few miles away.

Whatever the truth, the Wuhan virus appears to have become the most effective means of disabling U.S. hard and soft power that we have encountered in many a decade.

Of those 10,000 Peace Corp volunteers, and scores of thousands of other Americans who have been repatriated home, how many of these “soft power” soldiers will be going back after they have been out of their host country for 18 months?

Will this pandemic prove the decisive factor in America’s retreat from global hegemony?

With the U.S. budget deficit for 2020 originally set at $1 trillion, now triple that, there is going to be a hard reckoning for the allocation of our diminished resources after the nation reopens.

And policing the planet is likely to be seen as yesterday’s priority, and a primary candidate for discard.